What are Digital Assets? - Securities.io

The definition of a digital asset is “anything that exists in binary data which is self-contained, uniquely identifiable, and has a value or ability to use.” When the term originated in the mid-90s, digital assets were items such as videos, images, audio, and documentation. Since then, technological advances have given the term new life.

Blockchain technology didn’t change the meaning of digital assets, but it did make the term cover a broader range of items. Importantly, many digital assets have the potential to disrupt entire industries and even the global market moving forward. Today, inventions such as cryptocurrencies are part of the digital asset revolution.

To understand why digital assets evolved so much, you need to first study why blockchain technology creates new efficiency in the market, and even new markets. Simply put, a blockchain is nothing more than a giant network of computers that simultaneously verifies data on a digital ledger. This network enables data to be stored, unaltered, and verified via code.

The transparency blockchain technology brings to the world is unprecedented. This technology allows people, for the first time in history, to unequivocally prove certain aspects of a digital asset. You can prove items such as ownership, authenticity, transaction history, and location without the need to involve third-parties. As such, blockchain technology ushered back in the age of bilateral exchange.

The ability to erase the middleman comes from blockchain’s programmability. Blockchain digital assets utilize rules that are built into the code of the network, and, or, the token itself. Importantly, these standards receive continuous auditing via the network. This coding has advanced significantly since the emergence of blockchain tech. Today, advanced integrated protocols known as smart contracts are at the core of the digital asset revolution.

Bitcoin – The Code that Changed the World Forever

Bitcoin represented the biggest change to the meaning of the term digital asset to date. This coding was the first time someone attempted to combine cryptography and blockchain technology to create a digital asset successfully. In essence, the Bitcoin whitepaper was the beginning of the digitization of the economy. Discussing the impact of Bitcoin globally, Marc Lowell Andreessen, the father of the internet browser said: “We’ll all look back in 20 years and conclude that bitcoin was as an influential platform for innovation as the internet itself.” 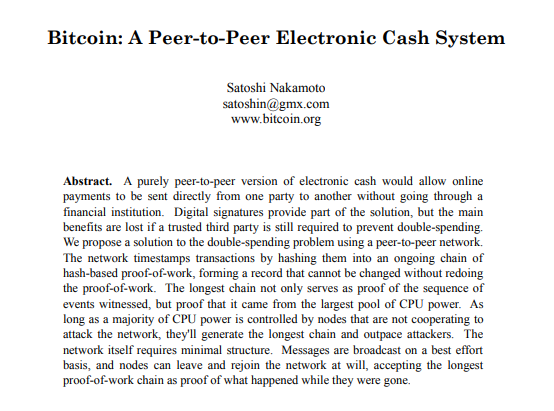 To understand the motivation behind the Bitcoin concept, you need to take a look at the economic state of the world in 2008. The international banking system was in the middle of a crisis. In multiple instances, governments and central banks altered regulations to further their debt holding capabilities. It was this perceived instability of fractional-reserve banking that led the anonymous founder of Bitcoin, Satoshi Nakamoto to seek to create a decentralized international economy. This new open market would be free from the stranglehold of government and borders.

Bitcoin – The Start of an Industry

As the Bitcoin concept began to gain international attention, so to did the coin’s value. In less than five years, other developers started to create their own coins. These coins such as Litecoin, Ethereum, and Monero all utilized blockchain technology to secure their value. Although these coins utilized similar technology, each digital asset had a different approach to the market.

For example, Litecoin sought to be the silver to Bitcoin’s gold, whereas Ethereum wanted to provide developers an alternative to Bitcoin’s scripting limitations. Monero took a totally different approach, creating a digital asset that focused primarily on privacy.

Digital Assets as an Asset Class

Today, blockchain technology allows us to tokenize nearly everything we own. Consequently, items that were once non-liquid such as debt can now be traded between anyone, anywhere, in person, or across the internet. This ability to tokenize any item creates entirely new digital asset classes in the market. These new asset classes continue to develop. As such, lawmakers continue to adjust regulations to account for the new efficiency that these services bring.

As the world of digital assets continues to grow, also has the desire for regulators and investors to categorize the different types of tokens in existence. Token taxonomy is the classification of digital assets on the blockchain. Importantly, token taxonomy will play a prominent role in the markets moving forward because the classification of a digital asset determines its issuance and trading capabilities. For example, security tokens must adhere to securities regulations. If not, there are legal repercussions. The three main types of token classifications are:

Digital assets such as security tokens continue to disrupt the real estate market. For example, platforms such as Red Swan allow property owners to tokenize their real estate. The firm recently partnered with Polymath to tokenize $2.2 billion in commercial property across the US. Tokenized properties offer some huge advantages over traditional real estate sales. For one, the entire sales process is faster and requires less involvement from third-party organizations. Also, tokenized properties can transfer ownership in seconds.

Today, digital assets are everywhere we look. Every single currency, asset, supply chain, and even reward point has the potential for tokenization. As such, the term digital asset will continue to encompass a growing number of items. For now, tokenization appears to be the path towards the future.

What are Digital Securities?