Investing in Artificial Intelligence (AI) - Everything You Need to Know - Securities.io

Connect with us
Top AI Stocks: 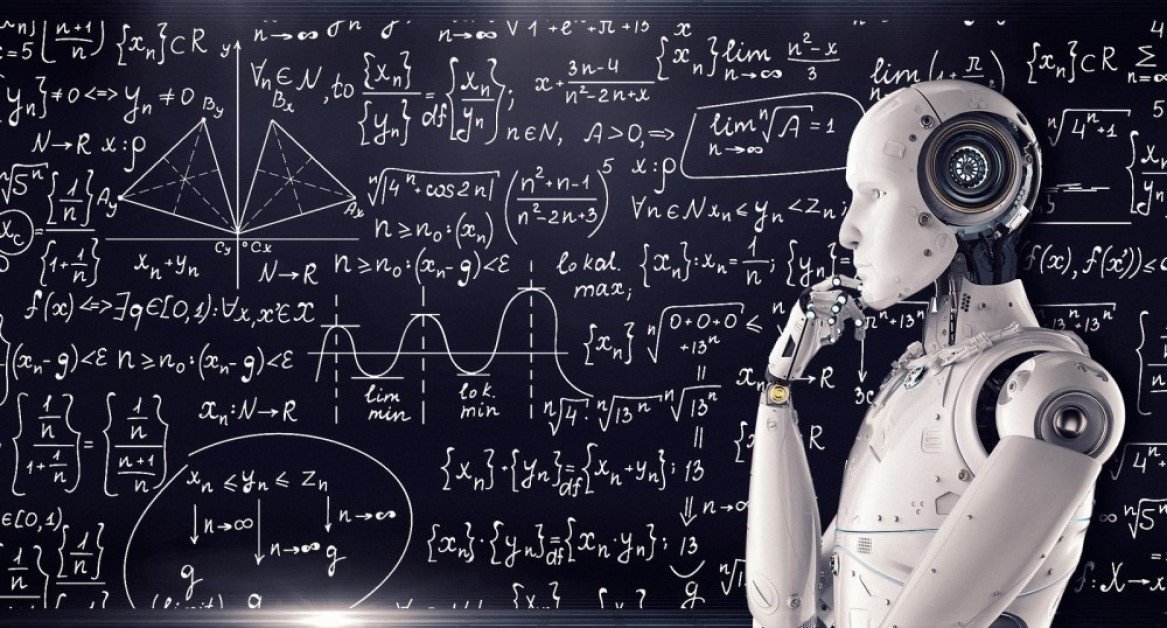 Artificial Intelligence (AI) is a field that requires no introduction. AI has ridden the tailcoats of Moore’s Law which states that the speed and capability of computers can be expected to double every two years. Since 2012, the amount of compute used in the largest AI training runs has been increasing exponentially with a doubling every 3 to 4 months, with the end result that the amount of computing resources allocated to AI has grown by 300,000x since 2012. No other industry can compare with these growth statistics.

We will explore what fields of AI are leading this acceleration, what companies are best positioned to take advantage of this growth, and why it matters.

Machine learning is a subfield of AI which is essentially programming machines to learn. There are multiple types of machine learning algorithms, the most popular by far is deep learning, this involves feeding data into an Artificial Neural Network (ANN). An ANN is a very compute intensive network of mathematical functions joined together in a format inspired by the neural networks found in the human brain.

Herein lies one of the opportunities, companies that dominate the field of AI chip development are naturally ripe for growth.

There are many other types of machine learning that show promise, such as reinforcement learning, this is training an agent through the repetition of actions and associated rewards.  By using reinforcement learning an AI system can compete against itself with the intention of improving how well it performs. For example, a program playing chess will play against itself repeatedly, with every instance of the gameplay improving how it performs in the next game.

While there are other types of important machine learning systems that are currently being advanced such as meta-learning, for the sake of simplicity deep learning and it’s more advanced cousin deep reinforcement learning are what investors should be most familiar with. The companies that are at the forefront of this technological advancement will be best positioned to take advantage of the huge exponential growth we are witnessing in AI. 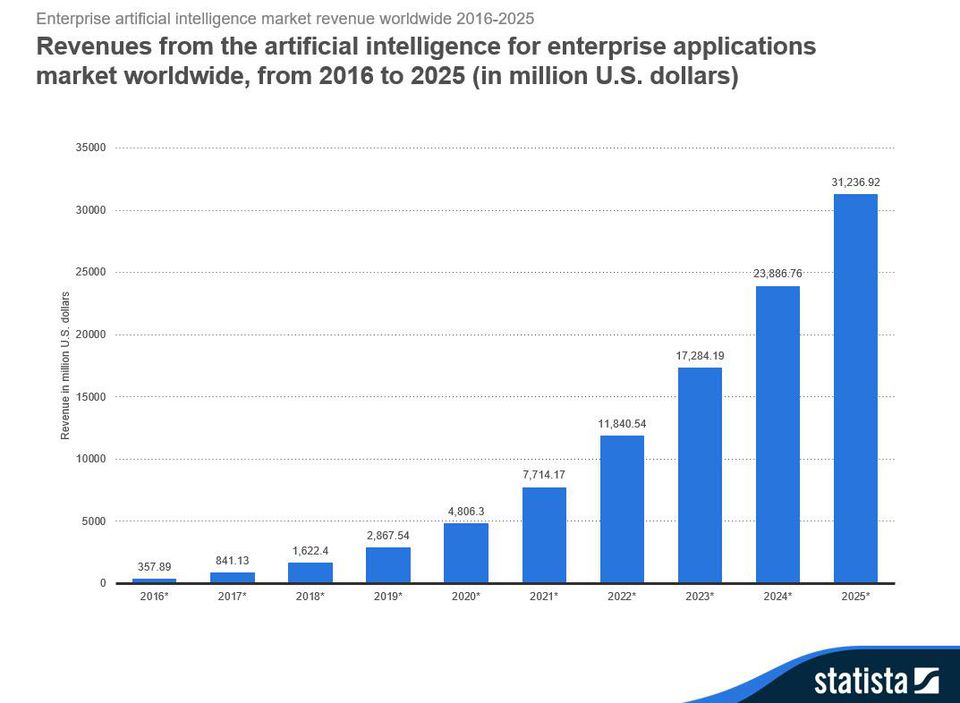 If there is one differentiator between companies that will succeed, and become market leaders, and companies that will fail, it is big data. All types of machine learning are heavily reliant on data science, this is best described as a process of understanding the world from patterns in data. In this case the AI is learning from data, and the more data the more accurate the results. There are some exceptions to this rule due to what is called overfitting, but this is a concern that AI developers are aware of and take precautions to compensate for.

The importance of big data is why companies such as Tesla have a clear market advantage when it comes to autonomous vehicle technology. Every single Tesla that is in motion and using auto-pilot is feeding data into the cloud. This enables Tesla to use deep reinforcement learning, and other algorithm tweaks in order to improve the overall autonomous vehicle system.

This is also why companies such as Google will be so difficult for challengers to dethrone. Every day that goes by is a day that Google collects data from its myriad of products and services, this includes search results, Google Adsense, Android mobile device, the Chrome web browser, and even the Nest thermostat. Google is drowning is more data than any other company in the world. This is not even counting all of the moonshots they are involved in.

By understanding why deep learning and data science matters, we can then infer why the companies below are so powerful.

AI Companies to Invest In

There are three current market leaders that are going to be very difficult to challenge.

Alphabet Inc is the umbrella company for all Google products which includes the Google search engine.  A short history lesson is necessary to explain why they are such a market leader in AI. In 2010, a British company DeepMind was launched with the goal of applying various machine learning techniques towards building general-purpose learning algorithms.

In 2013, DeepMind took the world by storm with various accomplishments including becoming world champion at seven Atari games by using deep reinforcement learning.

In 2014, Google acquired DeepMind for $500 Million, shortly thereafter in 2015 DeepMind’s AlphaGo became the first AI program to defeat a professional human Go player, and the first program to defeat a Go world champion. For those who are unfamiliar with Go it is considered by many to be the most challenging game in existence.

DeepMind is currently considered a market leader in deep reinforcement learning, and a leading contender for achievingArtificial General Intelligence (AGI), a futuristic type of AI with the goal of eventually achieving or surpassing human level intelligence.

We still need to factor in the other other types of AI that Google is currently involved in such as Waymo, a market leader in automonous vehicle technology, second only to Tesla, and the secretive AI systems currently used in the Google search engine.

Google is currently involved in so many levels of AI, that it would take an exhaustive paper to cover them all.

As previously stated Tesla is taking advantage of big data from its fleet of on-road vehicles to collect data from its auto-pilot. The more data that is collected the more it can improve using deep reinforcement learning, this is especially important for what are deemed as edge cases, this is known as scenarios that don’t happen frequently in real-life.

For example, it is impossible to predict and program in every type of scenario that may happen on the road, such as a suitcase rolling into traffic, or a plane falling from the sky. In this case there is very little specific data, and the system needs to associate data from many different scenarios. This is another advantage of having a huge amount of data, while it may be the first time a Tesla in Houston encounters a scenario, it is possible that a Tesla in Dubai may have encountered something similar.

Tesla is also a market leader in battery technology, and in electric technology for vehicles. Both of these rely on AI systems to optimize the range of a vehicle before a recharge is required. Tesla is known for its frequent on-air updates with AI optimizations that improve by a few percentage points the performance and range of its vehicle fleet.

As if this was not sufficient, Tesla is also designing its own AI chips, this means it is no longer reliant on third-party chips, and they can optimize chips to work with their full self-driving software from the ground up.

NVIDIA is the company best positioned to take advantage of the current rise in demand in GPU (Graphics processing unit) chips, as they are currently responsible for 80% of all GPU sales.

While GPUs were initially used for video games, they were quickly adopted by the AI industry specifically for deep learning. The reason GPUs are so important is that the speed of AI computations is greatly enhanced when computations are carried out in parallel. While training a deep learning ANN, inputs are required and this depends heavily on matrix multiplications, where parallelism is important.

NVIDIA is constantly releasing new AI chips that are optimized for different use cases and requirements of AI researchers. It is this constant pressure to innovate that is maintaining NVIDIA as a market leader.

The first step in your journey should be to choose a stock broker. A broker that we recommend is Firstrade.

It is impossible to list all of the companies that are involved in some form of AI, what is important is understanding the machine learning technologies that are responsible for most of the innovation and growth that the industry has witnessed. We have highlighted 3 market leaders, many more will come along. To keep abreast of AI, you should stay current with AI news, avoid AI hype, and understand that this field is constantly evolving.