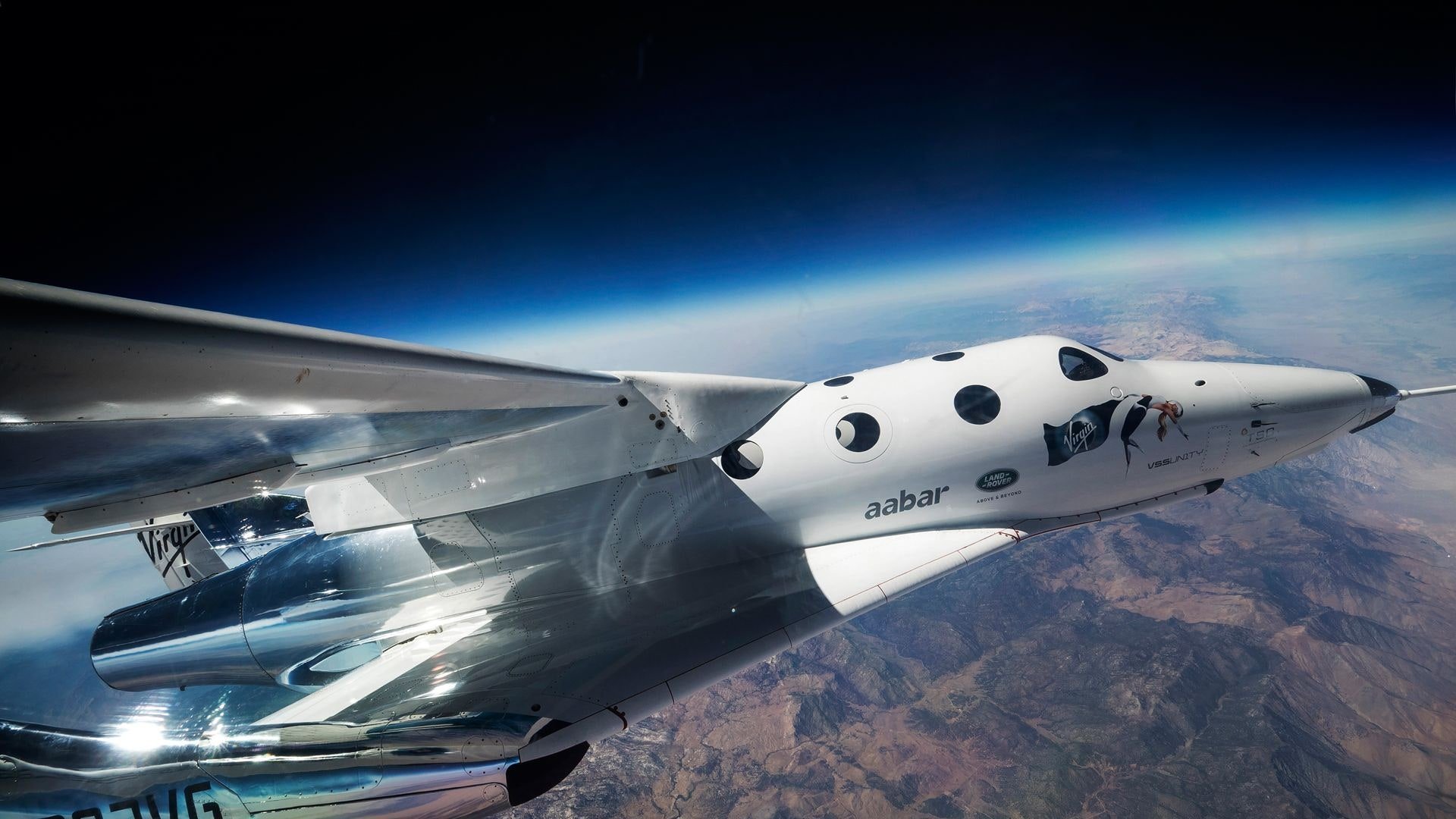 Virgin Galactic (NYSE: SPCE) is a publicly-traded company founded by world-renowned businessman and visionary Richard Branson. While operating in an industry still in its infancy, the company has managed to establish itself ahead of competitors through strides made in research and development. Virgin Galactic is well-positioned to take full advantage of its disruptive potential and has a solid plan to diversify its operations into different sub-sectors of space travel should opportunities present themselves.

What is Virgin Galactic Holdings (SPCE)?

Virgin Galactic is a commercial spaceflight company founded by Richard Branson in 2004. Known for operating in a number of different industries, Branson’s Virgin Group successfully operates over 60 businesses in sectors such as music, airlines, mobile providers, and hotel chains. Virgin Group’s combined total annual revenue is an estimated $21 billion. Virgin Galactic is Branson’s vision for opening up space to the public by becoming the first commercial space tourism company in the world. The company operates the world’s first fully commercialized spaceport in New Mexico, where flights into space will eventually launch from. Virgin Galactic went public on the New York Stock Exchange under the ticker SPCE in October 2019.

According to estimates, space travel could be a $20 billion dollar market by 2030. In a sector that lacks competition, Virgin Galactic is well-positioned to establish itself as a major player. Virgin Galactic is pricing commercial space travel tickets at $250,000. With each of the spacecraft holding up to six passengers, demand for spots on the first available flight is already exceeding expectations, with over 8,000 individuals reserving spots as of March 2020.

The main focus of SPCE will be sub-orbital tourism. Using a combination of both traditional aircraft and spacecraft travel, Virgin Galactic will employ a lower-cost approach to getting people into space that sets it apart from competitors,  A spacecraft will be attached to an aircraft that takes off from a traditional airport runway. Once the aircraft reaches a sufficient altitude, it will separate from the spacecraft, which will then fire its rockets as it ascends into microgravity for a few minutes before heading back to earth. Both the spacecraft and aircraft will land back at the spaceport in New Mexico, and all aspects of the operation will aim to maximize the number of parts that can be reused.

The two main competitors in this space are Blue Origin and SpaceX. Both companies are privately held and the shares are not available on any stock exchange. Thus, investors who are interested in this growing sector are left with only one choice. While SpaceX is a competitor, they are operating in a slightly different space and are more focused on orbital tourism, which involves bringing individuals into space for several days or even a week. The Elon Musk founded SpaceX has already successfully conducted flights, with the most notable being the launch of two astronauts into space in partnership with NASA in August of 2020. On the other hand, Blue Origin operates in a more similar space as Virgin Galactic, but are still several years behind in terms of research and development.

No longer is space travel and exploration a government reliant industry. Investment from the private sector has opened up the possibility of travelling to space in the not too distant future a reality for those who have the interest and money to do so. As more research and testing is completed, the costs of operation will continually lower. In turn, ticket costs can be reduced without impacting margins. This reduction means it is likely space travel will be open to even more people than is currently possible.

While sub-orbital tourism is the main focus of current operations, Virgin Galactic’s three-phase approach allows for plenty of growth well into the future. Phase 1 and 2 involve the commercialization and then expansion of spaceflight as summarized above. Phase 3 however, plans to expand the companies operation’s into a new subsector: point-to-point travel. This Phase 3 point-to-point approach will seek to develop technologies for flying civilians from point to point on earth much quicker than currently possible.  This will be done by flying either much higher in the atmosphere than current airplanes or even into space. This technology has garnered interest from many stakeholders, including NASA who signed an agreement with Virgin Galactic in May 2020. The Space Act Agreement was a major step forward for Virgin Galactic and reaffirmed the confidence that stakeholder groups have in the company. The chairman of Virgin Galactic Chamath Palihapitiya has stated that he believes that this technology is closer than most people realize, estimating that point-to-point travel at speeds much higher than the Concorde could be just 5-10 years away.

If this timeframe is met, Virgin Galactic has the potential to dramatically disrupt the air travel industry in the not too distant future. From business travel to vacation-goers, Virgin Galactic would be able to cater to a multitude of different needs at varying price points. Along with the already well-established plan for sub-orbital tourism, the company has a number of different avenues for growth and a first-mover advantage that could allow it to dominate the market. In addition, founder Richard Branson’s vast network of companies could potentially synergize with some of the planned activities of Virgin Galactic, further solidifying the very advantageous position the company finds itself in.

Interest and investment in the space tourism industry have only begun to emerge in recent years. As the first commercial space tourism trip eventually launches and more interest is generated, Virgin Galactic will remain the industry leader and be the choice of many first time travellers due to the reputation that has been built. With years of experience compared to its competitors and an ambitious plan to expand and capture market share, the company will continue to be a dominant player in space for the foreseeable future.