Distributed Ledger Technology (DLT) is one of the fastest-growing tech sectors in the world. While most people consider the terms blockchain and DLT as interchangeable, this is not the case. In fact, blockchains are just one small portion of the DLT sector. Importantly, a distributed ledger is a database that exists in duplicate across multiple points of a network.

As the name suggests, the main characteristic of these networks is their decentralization. Consequently, all DLTs contain the technological infrastructure and associated protocols required to run a distributed network. These processes include the ability to collect, validate, and access immutable data across several nodes of the same network.

Both of thee mechanisms accomplish the same task, albeit through different means. In a PoW system, network nodes compete to solve a complex mathematical equation. The first node to complete the equation gets to add the next block to the blockchain. This process is very secure but it does require intensive electrical usage. These high energy demands led developers to seek viable alternatives.

In a PoS system computers still compete to add the next block, but in a different manner. Users validate blocks utilizing a staking mechanism. Staking is the act of placing your coins in a synchronized network wallet. The nodes with the most coins and the longest staking times are more likely to get to add the next block of transactions and receive the reward.

The benefits of DLT are too immense to ignore. DLT networks provide a transparent and secure method for businesses and individuals to conduct true peer-to-peer commerce. These systems provide effective management of dynamic data at levels that were unimaginable just a few years prior.

DLTs are a huge upgrade over centralized systems for many reasons. For one, these networks supply an immutability and transparency record of all transactions. In a public DLT, anyone can go into the network and verify what transactions transpired. This openness affords users more confidence.

Decentralization underpins the whole concept of a DLT. These networks are more secure because they remove any centralized attack vector. In a DLT network, the risk shift from one centralized target over to thousands of smaller vectors. Since these smaller nodes don’t possess vast amounts of valuable assets such as a central governing authority, they are less likely to experience a major attack.

The trustless nature of DLTs makes them an attractive alternative for firms seeking a secure network solution. DLTs such as Blockchain networks eliminate the need for third-party verification systems. Since each of these systems add more costs and time to each transaction, eliminating them increases efficiency significantly. Companies understand the peer-to-peer nature of these networks makes them more affordable to run than a centralized system.

Differences between Blockchain and DLTs

As of recently, the terms blockchain and DLT seem to have been muddied. Understanding the differences between these terms is an important step in becoming a more informed investor. Think of blockchain as only a tiny section of the distributed ledger sector. Importantly, not all DLTs are blockchains. In fact, DLTs have been around for centuries, long before the first computer ever existed. 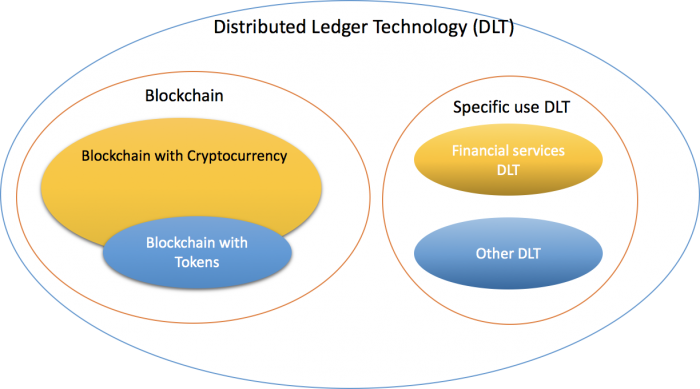 Additionally, not all blockchains are decentralized but they are DLTs. Centralized blockchains utilize a network of nodes but they rely on a central authority for the final transaction verification. These systems are more popular within traditional financial systems because they enable the centralized party the ability to alter and correct transactions when necessary. It’s worth your time to study up on the exact differences. In this way, entrepreneurs and business leaders can determine which solution best fits their strategy.

DLTs have a long and remarkable history. While the most common form of DLT spoken about today is blockchain, these systems have been in use for centuries. It’s vital to understand that blockchain tech improved upon DLTs because it was the first system to solve the double-spending problem.

Basically, electronic currencies that rely on DLTs were already around before Bitcoin. However, no one had configured how to remove the ability for nefarious actors to double-spend digital currency. It wasn’t until Satoshi Nakamoto introduced Bitcoin’s whitepaper that these issues finally came to an end and digital currencies took flight.

Some of the earliest forms of DLTs began in ancient times. Historians reported that in ancient Rome, there was a distributed ledger that allowed its citizens to make purchases in any region of the empire. This ledger helped to spur economic activity across the empire and helped Rome achieve its historic status.

Digital versions of DLTs began to pop up as early as 1991. At this time, the first concept of a DLT as its known today appeared. The first DLT was merely a concept written about in a paper by the two researchers named Stuart Haber and W. Scott Stornetta. In their paper named  “How to Time-Stamp a Digital Document the two discussed procedures for certifying the creation and modification of digital documents” the basics of a digital DLT began to take shape.

In 2002 David Mazières and Dennis Shasha built on this concept with their work. These two innovative developers introduced the concept of “Building secure file systems out of Byzantine storage multi-user network file system called SUNDR (Secure Untrusted Data Repository)”. This document was the first to discuss the possibility of using blocks to organize transactions.

In 2005 Nick Szabo famously proposed one of the earliest forms of digital cash – Bit gold. His proposal was revolutionary at the time. It introduced never before seen concepts such as client puzzle functions and the Proof-of-Work function. Many of these concepts made their way into Bitcoin’s core coding. 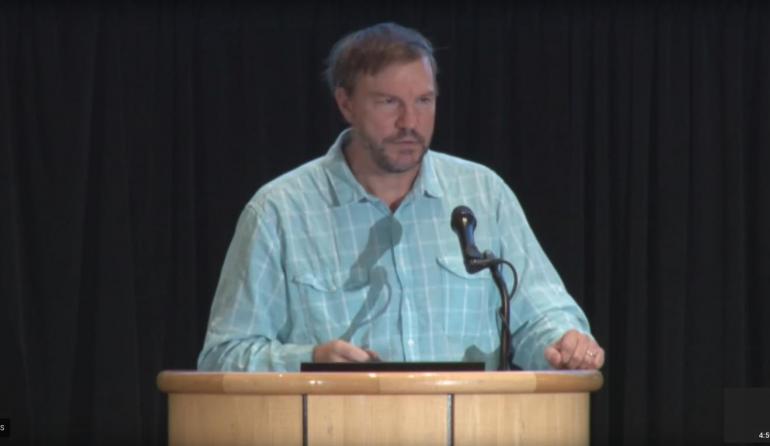 Interestingly, many people believed Nick Szabo to be the real Satoshi Nakamoto because of these similarities. Sadly, Szabo denied that he had anything to do with Bitcoin’s creation publicly. Despite his denial, there is still a large part of the crypto community that still insists that he played a direct role in the creation of the world’s first cryptocurrency.

Bitcoin changed everything. The introduction of blockchain networks to the DLT sector was a huge advancement. It meant for the first time in history, a reliable and verifiable digital currency could function.

Notably, the birth of Bitcoin marks an uptick in DLT development globally. It provided a catapult for advancements in this sector. Today, these developments continue to usher in new and exciting DLT innovations.

In 2015, the blockchain platform Iota Introduced a DLT that could leverage the Internet of Things (IoT) for validation purposes. The IoT consists of every smart device in the world. In this new type of DLT, a protocol known as Tangle would allow the billions of smart devices around the world to verify network conditions. In essence, this development created the largest DLT in existence.

Another major DLT development occurred with the introduction of R3’s Corda DLT. Importantly, Corda is not a blockchain. R3’s new system utilizes pluggable notaries to accomplish consensus. Interestingly, a single Corda network may contain multiple notaries that provide their guarantees using a variety of different algorithms. In this way, Corda is not beholden to any particular consensus algorithm.

As DLT becomes more common in the market, its important to understand that like all technology, there are some risks to keep in mind. DLTs are great at conveying and verifying data. However, there is no guarantee that this data entered the system correctly. One of the biggest issues facing these immutable ledgers is data input discrepancies.

Basically, DLTs rely on exact data to accomplish their tasks. If an employee enters in some part of this data incorrectly, it creates a ripple effect that can cascade down the network. These concerns mean that any DLT enabled firm must exercise caution to ensure all data entry occurs without errors. To accomplish this task, firms should exercise due diligence whenever they enter content into a DLT.

It’s easy to see why so many businesses continue to look towards DLTs as a way to streamline business functionalities. As such, you can expect to see DLTs become a core part of many business systems moving forward. For now, these unique networks have endless potential to alter the way the world conducts business.

How to Choose a Financial Advisor

What is DeFi (Decentralized Finance)?