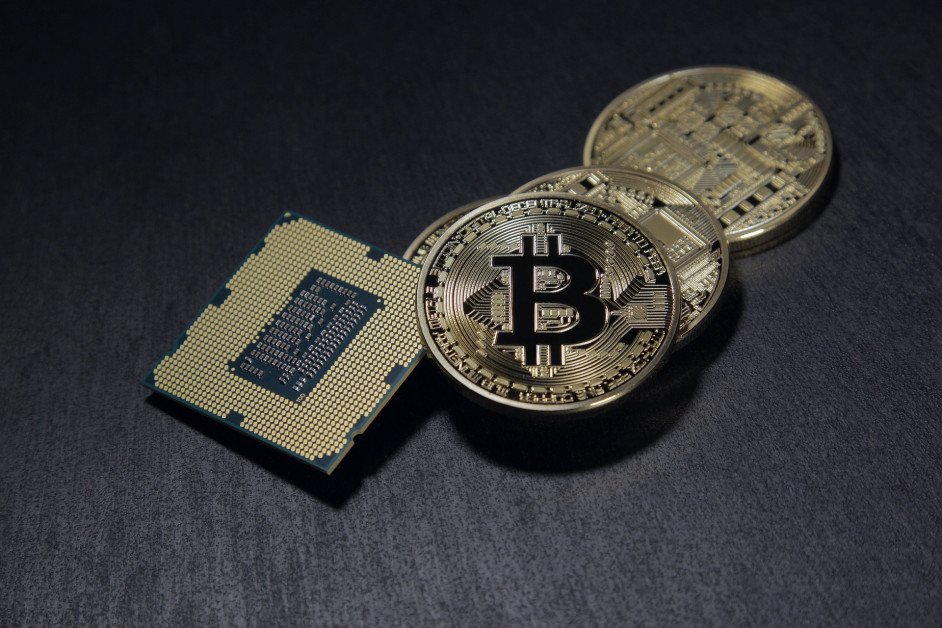 A lot of attention has been paid over the years to a Bitcoin (BTC) Spot-ETF, with little to no progress being made on the approval of such a product.  Despite this, the allure of a BTC Spot-ETF is so large that companies continue to pour effort in to becoming the first to gain the approval of the Securities and Exchange Commission.  The following are a few recent developments pertaining to Bitcoin related ETFs, and where the saga currently stands.

After having yet another BTC Spot-ETF application denied earlier this year, Grayscale had had enough.  Recognizing the futility in filing yet another application, the operator of the wildly popular Bitcoin Trust (GBTC) decided that its best path forward was to file a petition against the SEC and its actions.  This petition is now in full swing, with Grayscale having just announced the submission of its opening brief. 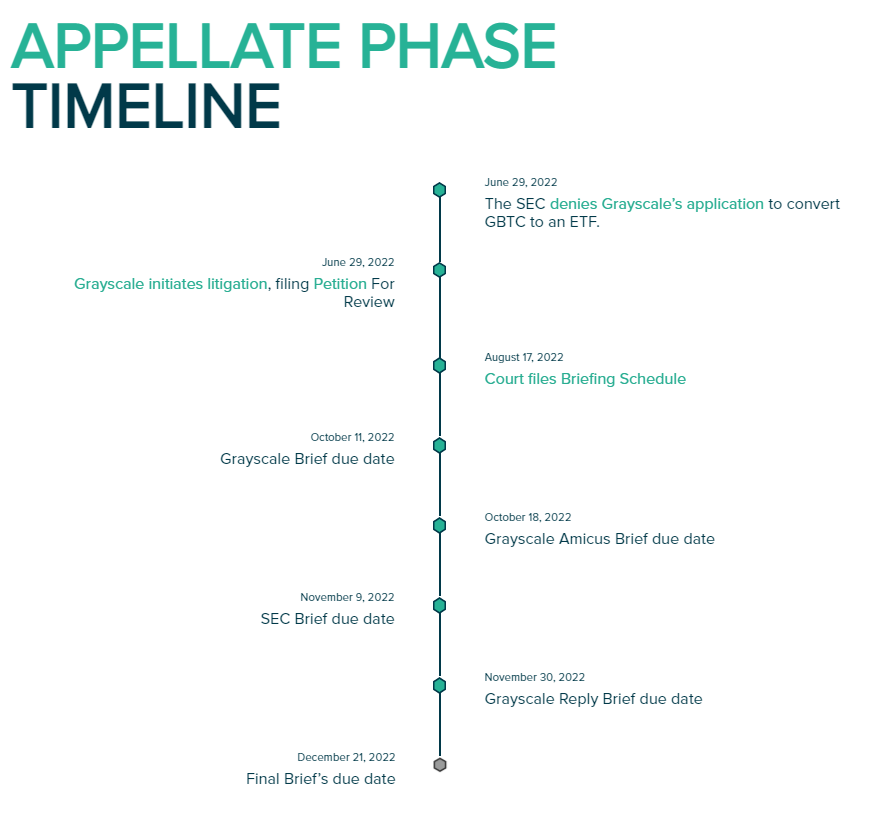 In its submission, Grayscale builds its argument around a few key points.

Believing that the SEC is guilty of each point listed above, Grayscale concludes in its submission that,

“It is not the Commission’s proper role to pass judgment on the wisdom of investors’ preferences…Rather, the Commission’s only role is to assess whether the Exchange Act’s requirements have been satisfied.  In concluding that they have not, the Commission exceeded its statutory mandate and acted arbitrarily, capriciously, and contrary to law.  The Commission’s Order is unlawful and must be vacated.”

Per the timeline shared by Grayscale, it appears as though the world will need to remain patient, as any resolution is still months away.

Another company which finds itself in a situation similar to Grayscale is WisdomTree, having just been denied its latest application for a Bitcoin Spot-ETF.  For the time being however, it appears as though others on the receiving end of denials are content to watch how the situation between Grayscale and the SEC plays out, with no indications supporting a petition of their own.

In this latest denial, the SEC essentially calls out WisdomTree for wasting its time, stating that,

“…BZX repeats various assertions made in prior bitcoin-based ETP proposals that the Commission has previously addressed and rejected, including in the prior WisdomTree Order – and more importantly, BZX does not respond to the Commission’s reasons for rejecting those assertions.”

In its 69 page denial, the SEC references continuing risks for fraud and market manipulation as the basis for its reasoning.  While the application puts forth various arguments that assert these risks have been diminished (due to market growth, etc.), the SEC finds that essentially zero empirical data was provided to back up such claims.

While a Bitcoin Spot-ETF may not be approved for some time yet, there do exists exchange traded products which provide investors with indirect exposure to Bitcoin and the digital asset sector as a whole.  Unfortunately, one of the prime examples of this, known as the ‘Balance Sheet Opportunities FUND’, is set to be liquidated and delisted from exchanges in the coming weeks.

The fund, which was created by Valkyrie, is one of various similar products managed by the company.  Others include,

Valkryie indicates that, “This action has been taken as part of an ongoing review of products aimed at ensuring the firm best meets client demand. This action was taken after thorough consultation with the Firm’s Board of Directors, and comes after it was determined that discontinuing the fund was the best course of action for all involved.”

With this closure, the Balance Sheet Opportunities FUND experienced a short life cycle of less than a year, having been introduced in late 2021.