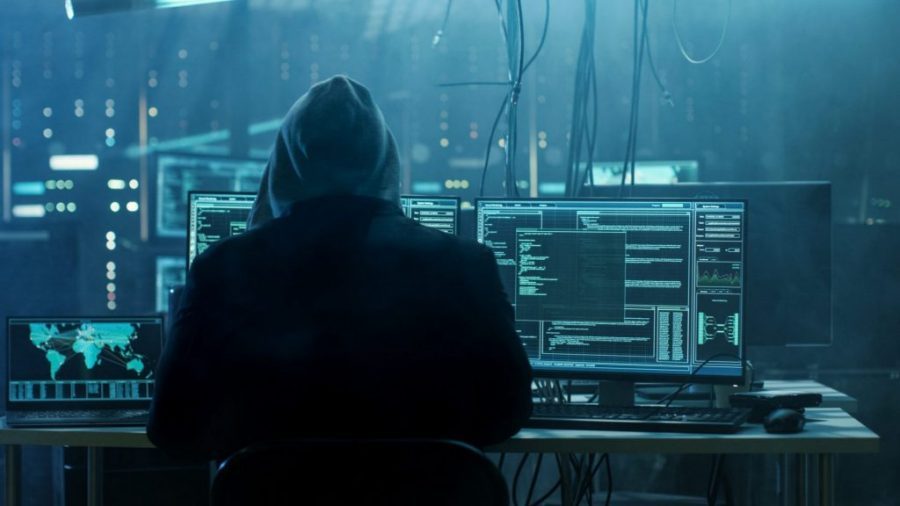 This year brought considerable growth to the crypto community. In particular, Bitcoin regained much of its lost value and is on its way to fresh new all-time highs. Along with this added value comes a host of Bitcoin scams. Unfortunately, the unregulated and private nature of the market makes it ideal for scammers seeking to prey on new investors.

Bitcoin has a tendency to attract a lot of attention when it enters a bull market. This attention helps to drive new users into the market. Problems arise when new investors lack the experience to identify common Bitcoin scams, including fake ICOs, shady trade groups, and fraudulent exchanges. Analysts agree that only an education can prevent users from falling victim to these ever-changing schemes.

The immutable and unalterable nature of Bitcoin means that once you send your cryptocurrency to another person, there are no refunds or chargebacks. Bitcoin’s peer-to-peer nature makes it ideal for these types of transactions. However, new users are more likely to be unaware of this fact and treat their crypto as if they were spending 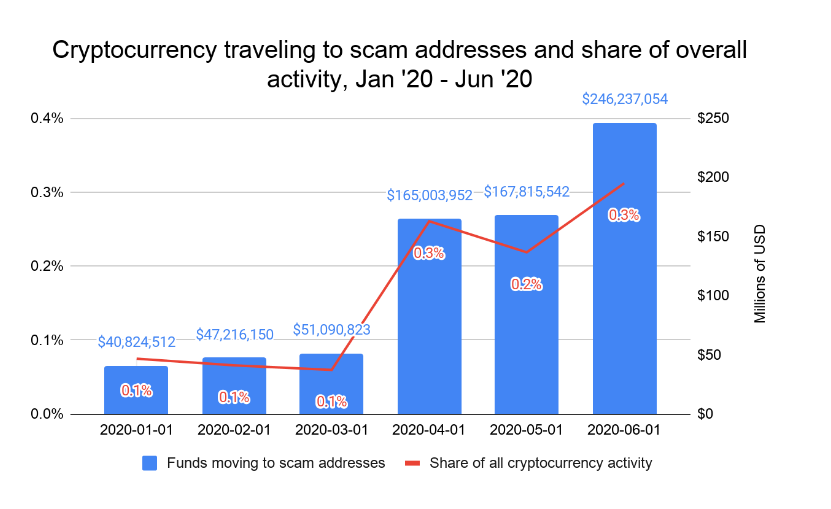 fiat currency on a credit card, or another financial instrument that permits refunds.

This year saw a combination of schemes play out so far. These scams range from old school classic frauds, all the way to new industries plagued with fake firms. Here are some of the most prevalent Bitcoin scams to avoid for 2020.

Chain letters are one of the oldest scams around. In this scenario, someone will send you a random letter claiming that you will receive a large reward if you forward the message to others. Of course, you do need to put up a little money to be “eligible” for these mystical profits. Recently, chain letters have transformed from western union and money gram based schemes, over to crypto-based alternatives.

Chain letters primarily prey on elders. They will often promise some form of religious endowment or other spiritual blessings to motivate elderly people to participate in the scam.  Sadly, these scams may be one of the first ways an elderly individual encounters Bitcoin. To avoid losses, never send funding to people you don’t know or companies that strike you as suspicious.

This year saw hackers pull off a brazen social media hack. In the incident, the hackers took control of Twitter’s back end to gain access to multiple high-value accounts. Once they had access to these accounts, they began posting that they would match all donations made via Bitcoin.

It was later revealed that Twitter employees had been hacked. This gave the hackers access to what developers called “God Mode.” Insanely, the hackers even gained access to former President Obama’s account and other government officials. In total, $121,000 worth of Bitcoin was stolen. 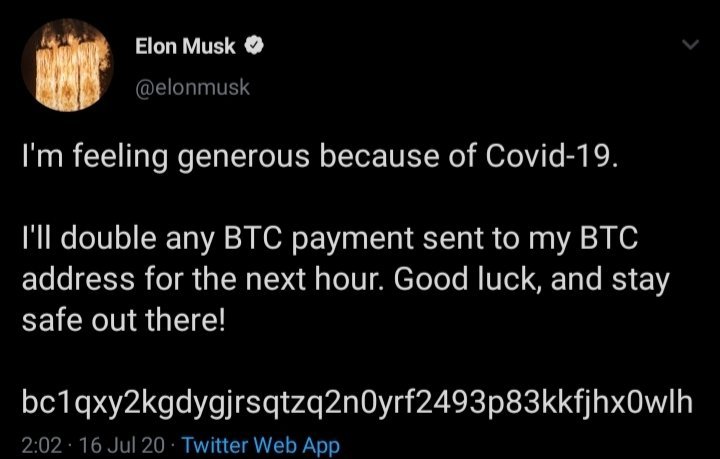 Exchange scams are another type of fraud that is gaining momentum in the market. Exchange scams are especially brutal because they tend to rack up a large number of funds before ghosting investors. You should never invest in an exchange that doesn’t have a reputable team or track record. Also, you should be aware that unregulated exchanges pose more risk.

A perfect example of a fake exchange making off with millions occurred in 2017. The South Korean-based, BitKRX wreaked havoc on local investors. The firm lured its users in with fake promises of ridiculous profits. Whenever an exchange enters the market with ROIs that are not in line with the industry leaders, you need to be patient. Let others find out the hard way if the platform is legit. After the exchange is operational for at least a year, you can assume it’s legit, for now.

Along the same lines of thought, fake ICOs are a real problem in the market. 2017 saw an explosion in these scam project launches. One report put the total amount of scam ICOs in the market during 2017 as high as 80%. While these numbers are much smaller today, there is still a large amount of fake ICOs going down internationally.

In a fake ICO scam, fraudsters will use Websites featuring fake ICO details to hype the project up to unknowing users. The website usually promises the moon and stars to new users who are desperate to make some profits. These sites then instruct users to deposit funds into a compromised wallet. Once your Bitcoin is sent, it becomes obvious you were duped.

Fake ICOs are a big issue because they occur frequently and they cost investors millions. For example, Big Coin stole $6 million from customers via one of these masked campaigns. The platform tricked users to invest in the fake cryptocurrency by hyping its capabilities and technical progression to date. However, once the funds reached Big Coin’s wallet, they were promptly redirected into their personal bank accounts.

Recently, there has been a lot of hype surrounding the DeFi market. These platforms introduce new protocols that enable users to gain crypto profits without the need to trade their coins. DeFi seeks to reinvent traditional financial systems utilizing a decentralized approach and blockchain technology. The tech is exciting because it enables users to earn profits doing tasks such as lending out their crypto to other users.

Not surprisingly, all of this hype has sent the sharks circling. There has already been a huge amount of rug pulls within the industry. A rug pull is when a company takes your funding promising services or profits in return but suddenly disappears before they fulfill their commitments.

To date, there have been numerous DeFi rug pulls this year. Amplyfi.money made headlines in the sector after collecting 2,500 ETH from investors and then magically disappearing into thin air. Sadly, they are not alone, Burn Vault Finance ($BFV) did the same thing. This year has seen over 20 high-profile DeFi exit scams.

DeFi’s rise to fame creates the perfect scenario for fraudsters seeking to feed off the FOMO created by high profits and new technologies. New investors must remain extra diligent. Never invest in a DeFi platform until you DYOR and are confident in the project’s longevity.

Cloud Mining scams are one of the oldest, yet most effective ways to steal new users’ Bitcoin. In a classic cloud mining scam, a company asks you to invest your Bitcoin. In return, you receive a share in the platform’s hash power. This hash power should go towards mining Bitcoin with the profits split between all pool members.

However, these funds just pay earlier investors. In this way, the platform seems legitimate for a certain time period. To stimulate more participation, these platforms will promise unbelievable returns and agreements such as lifetime contracts. Once the platform secures enough profits, the website suddenly is unavailable in your region. One of the most publicized cloud mining scams took place in 2019.

In this incident, three men were arrested for committing $722 million in cryptocurrency fraud via the BitClub Network. Court documents revealed that the group solicited money from investors in exchange for shares of cryptocurrency mining pools. Even worse, they also rewarded investors for recruiting new investors.

Hardware wallet scams are one of the saddest to hear about because it means that someone was going above and beyond to secure their cryptocurrency when they had their earnings stolen. Hardware scams can come in a couple of different varieties. In one scenario, scamsters sell hardware wallets to users with a secret seed phrase hidden under a scratch card. The instructions for the wallet ask users to utilize the seed key for the setup.

Once the wallet is set up, the hackers can then access it from anywhere globally and drain the funds in seconds. This scam has left more than one Bitcoin investor without their hard-earned satoshis. There are also hardware wallet scams in which the wallet is from an unrecognized company. These wallets send your funding off to another wallet after deposit. 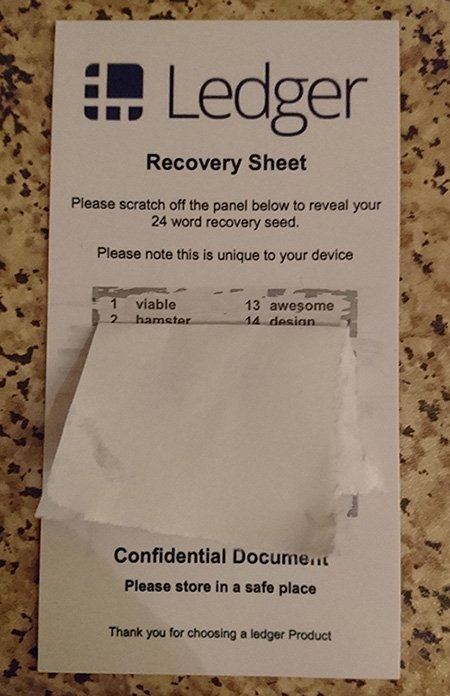 The best way to avoid this scam is to only purchase wallets from reputable providers. You should never buy a used hardware wallet or even one from another source such as eBay. If you are serious about securing your cryptocurrency, you probably shouldn’t be shopping for your protections on a used marketplace.

Another scam that appears to be gaining momentum in the sector is fake mining rig suppliers. Whenever Bitcoin’s value rises, these scamsters hit the market with new and exciting mining rigs that promise impossible returns. In some instances, they will send you hardware that doesn’t work or grossly underperforms.

These hacks have expanded their efforts as of late. There are instances when they compromised a reputable account on marketplaces such as Alibaba and started selling their faulty products. Most users will then review the seller’s stellar history and assume that there is no way that a company would risk their reputation for shady Bitcoin dealing. However, it’s later revealed that the firm lost control over its marketplace.

The easiest way to avoid this scam is to purchase mining rigs directly from the manufacturer. Additionally, you should never pay for any products on eBay, Amazon, Alibaba, or other online market places with Bitcoin until the platform accepts the cryptocurrency directly.

Big Bitcoin Scams to Avoid  – Knowing is Half the Battle

Now that you have a better understanding of the most common Bitcoin scams you will find in 2020, you are ready to keep your crypto safe. Never drop your guard and always maintain a strong security protocol. If you do these things, you are sure to see your stacked satoshis grow old in the safety of your wallet.

What is Bitcoin Mining? A Beginners Guide for New Users

Why Invest in Bitcoin?