Investing In Cloud Mining - Everything You Need to Know - Securities.io 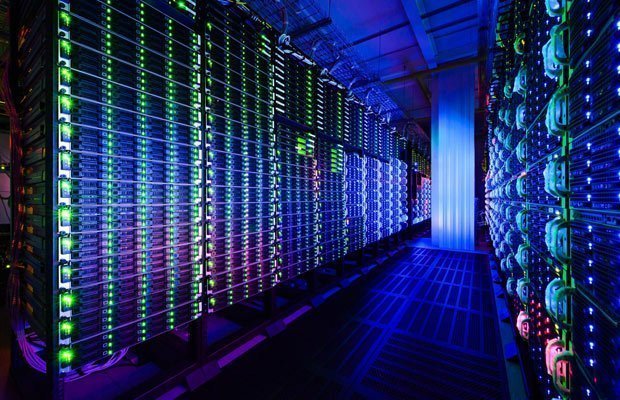 As a savvy crypto investor it’s wise to understand cloud mining and how it can further your investment goals. The concept of cloud mining is nearly as old as Bitcoin itself. Today, cloud mining has a mixed reputation as both a profitable but scam-ridden sector of the market. Here’s what you need to know before you invest in any cloud mining protocols.

What is Cloud Mining?

To understand cloud mining, you first need to understand how Bitcoin works. In the Bitcoin network, there are nodes that validate transactions. These validating nodes are what are referred to as miners in the industry. They received this title because of the energy they exert to maintain the validity of the blockchain. This energy consumption comes with a price tag. In this way, mining for Bitcoin is similar to mining for other precious assets. You need to invest time and resources which adds to the overall value of the asset.

Bitcoin miners compete against each other to solve a complex mathematical equation known as SHA-256 (secure hashing algorithm-256). This equation is so difficult that your computer takes a look at it and determines that it’s faster to make educated guesses versus actually doing the math directly. This computational draw is referred to as the hash rate of the Bitcoin network.

Notably, Bitcoin’s anonymous creator, Satoshi Nakamoto included some intriguing protocols to ensure that Bitcoin miners completed this equation and added blocks to the network in 10-minutes intervals. This timeframe was critical to Bitcoin’s strategy because mining rewards are the only time new Bitcoin enters the market. Keenly, the 10-minute intervals help Bitcoin maintain a predictive supply mechanism. 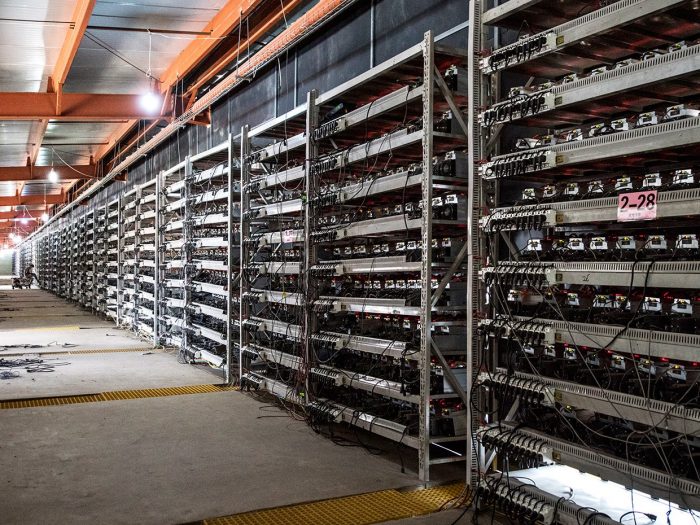 In Bitcoin’s early days, anyone could mine on the network using a simple PC. Wisely, Nakamoto introduced an algorithm to increase the difficulty of the SHA-256 equation based on the overall hash rate of the network. The more people mining Bitcoin, the harder the equation becomes. These adjustments work in tandem with an automatically reducing rewards schedule.

Bitcoin’s first miners received 50 Bitcoin for every block they added to the blockchain. This reward amount has decreased by halves every 210,000 blocks mined. The current reward is 6.25 Bitcoin for each block mined. This reward rate is set to half again in 2024. Notably, the last Bitcoin will be mined sometime in 2140 at this current rate.

The fact that there are only 21 million Bitcoin to ever enter the market, coupled with the rising prices of this crypto, continues to drive miners to new innovations. Mining used to only take a home PC. However, it wasn’t long before miners started building special mining rigs built from GPU cards. GPU cards are far more efficient than CPUs at doing repetitive tasks such as guessing the answer to the SHA-256 equation.

The introduction of GPU cards changed everything in the market. For one, it boosted the hash rate of the network to new heights. It also signaled the start of the end for normal CPU miners. A GPU mining rig is hundreds of times faster at solving the SHA-256 equation versus your standard CPU.

ASIC miners were also much more expensive than GPU mining rigs. These devices could run you over $2000 for low-end models and around $8000+ for top quality units. Since ASIC mining rigs increased the hash rate of the network, they also pushed the difficulty of the SHA-256 equation to the point that regular CPUs were practically worthless. In essence, you can still mine with your home PC today, but at that point, you have about the same odds as winning the lotto, plus a lot more electricity costs.

Too Expensive for the Average Joe

Once the mining sector became an exclusive place for major players, it also saw major centralization come into play. Huge mining farms started to corner large portions of Bitcoin’s network hash rate. This centralization led to an outcry in the community. Bitcoin was built around the concept of anyone participating in its network and now this had become far from reality. Luckily, mining pools helped to even the playing field, for a little while. 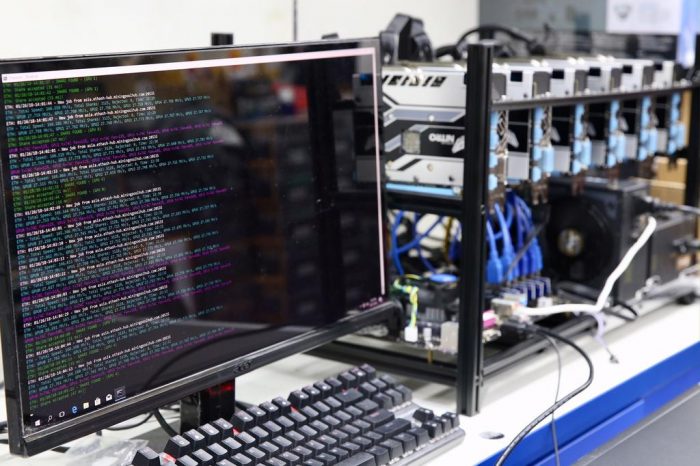 Mining pools are protocols that combine the entire hashing power of the pool to compete in Bitcoin’s mining algorithm. Mining pools allow anyone to contribute, to the best of their abilities, and receive regular returns. Anyone who participates in a mining pool receives rewards equivalent to their percentage of donated hash power.

Today, mining pools are the norm. Even the largest Bitcoin mining farms that once dominated the sector are now part of larger mining pools. The decision to join these mining pools makes sense because you receive daily rewards versus the hit or miss strategy employed with traditional mining.

Cloud mining is the evolution of the mining pool concept. It wasn’t long before data centers realized that there were plenty of people who wanted to participate in the pool but lacked the mining rigs to do so. To rectify this situation, data centers began renting out their hash power in the pool. This concept was revolutionary because it meant for the first time there was a mechanism to mine a cryptocurrency, such as Bitcoin, using rented cloud computing power.

What Problems Does Cloud Mining Attempt to Fix?

Cloud mining attempts to solve some of the most pressing matters facing Bitcoin miners. Providing users the ability to lease or purchase mining equipment from a third-party cloud provider opened the door for universal participation. Anyone, located anywhere, could utilize a remote datacenter with shared processing power to earn some free Bitcoin.

As the average cost of an ASIC mining rig skyrocketed, many miners were left in the cold. Most analysts would agree that cost barriers represent one of the main hindrances to large-scale Bitcoin adoption. Cloud mining services invest in expensive equipment for you. This strategy eliminates the need for any hardware except a smartphone to check your balance.

Along with the elimination of financial barriers to adoption, cloud mining also does away with technical barriers. The early miners had to understand the coding of Bitcoin to download the blockchain and start verifying transactions. These demands increased when GPU and ASIC miners emerged. Now, there were professional manufacturers contributing to the sector.

It doesn’t take long to realize the huge benefits gained from a cloud mining strategy. Primarily, the setup is easy. You just log in to a cloud mining platform and watch your returns. Of course, there are more benefits than just simplicity. Here are some other major draws to the cloud mining sector.

One of the biggest complaints laid against Bitcoin is its power consumption requirements. Currently, Bitcoin’s network uses more electricity than many developed European nations. Despite the fact that a significant portion of cloud mining electricity is derived from renewables, it still puts a large burden on the current grid. Consequently, this electricity directly translates into overhead.

Cloud mining eliminates electricity-based concerns from the mining equation. This elimination means that people who live in areas with extremely high electricity, such as certain islands in the Caribbean, can mine Bitcoin effectively. Keenly, cloud mining reduces your carbon footprint.

How Does Cloud Mining Work?

At the center of the cloud mining strategy are large data centers. These mega mining farms were purpose-built to save energy and deliver computational powers were needed. In a cloud mining scenario, you lease your hashing power and in return, you receive a certain amount of rewards per block. Since you have no access to the mining equipment, the data center is solely responsible for maintaining the equipment.

Nowadays, there are cloud mining platforms for a large variety of coins. In addition to first-generation SHA-256 mined coins such as BTC and ETH, there are now dozens of altcoins that can be cloud mined. What’s even cooler is that some platforms provide protocols that will automatically switch your mining efforts based on the network difficulty and the overall profitability of the venture.

The first cloud mining pool entered service in November 2010 under the now changed name, Bitcoin Pooled Mining Server. Today, the platform goes by the name Slush. Impressively, Slush has mined over 1 million Bitcoin since its inception. In 2013, another major contender entered the market – F2Pool. Originally, this pool also went by a different name – Discus Fish. Today F2Pool holds a prominent position in the market as China’s oldest Bitcoin mining pool, and the second-largest Bitcoin pool in the world. 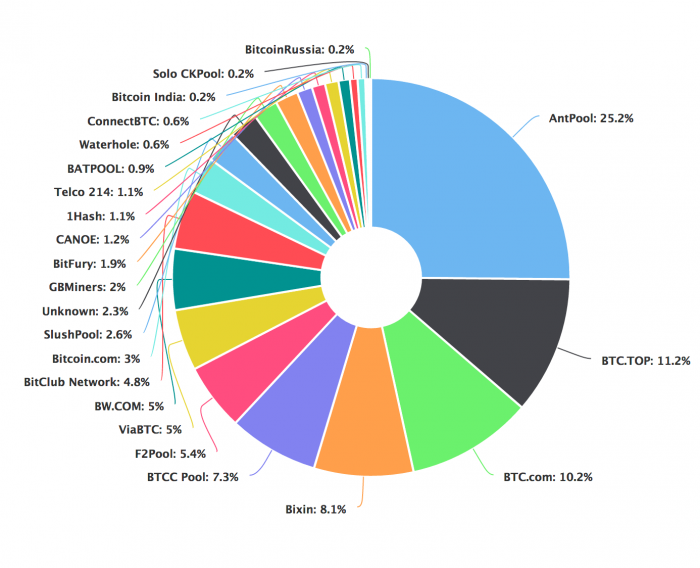 In 2014, the world’s largest rig manufacturer stepped into the market in a major way with the launch of Antpool. Antpool became one of the largest mining pools in the sector in less than a year. This growth led to concerns regarding centralization. These concerns grew louder after Bitmain acquired another major cloud mining pool BTC.com in 2015.

As with everything crypto, there are some caveats and risks that you need to be aware of before you invest in a cloud mining operation. Primarily, you should only work with reputable cloud mining pools to avoid scams.

Cloud mining often receives a bad rap because there have been countless scam pools and rug pulls in the sector. The fact that you never actually see or handle your mining equipment makes it easy for nefarious actors to flea with your funding.

In some instances, these firms will use the funds gathered from new investors to pay rewards out to early investors. This strategy is similar to a Ponzi scheme. The old investors think they are earning the profits they expected so they invest even harder. This drive pushes new investment in the platform. Then, suddenly, the pool vanishes with your crypto.

A perfect example of a cloud mining scam playing out occurred this year. Just this week, the co-founder of an alleged mining scam was extradited from Panama to face charges in New York. According to court documents, Gutemburg Dos Santos promised wild rewards to his AirBit Club members. Of course, to get the best rewards, you needed to simply purchase the lifetime mining club package for $1000.

Thankfully, it’s a lot easier to spot cloud mining scams than in the past. In the early days of crypto, there was so much confusion in the market. It was also very difficult to find reliable information online, especially pertaining to new technologies like cloud mining pools. However, today this is not the case.

You should always DYOR before you invest in any new technology. Cloud mining is profitable, but only if you do it right. If someone promises you rewards that seem out of the ordinary, it’s because they are trying to scam you out of your hard-earned Bitcoin. In these instances, don’t let FOMO rule you. Be firm and walk away. Your wallet will thank you at a later date.

Cloud Mining is the Future

Despite the risk of scamsters, the cloud pool mining sector is essential in the community. There will always be a demand for Bitcoin network hashing power. In many instances, utilizing these networks is far more cost-efficient than purchasing or operating your own rig. Even if your rig is part of the mining pool, you can still bump up your rewards by purchasing more hash power. It’s for these reasons, cloud mining is set to remain a core product of the industry for the foreseeable future.

Bitcoin Vs. Litecoin – What’s the Difference?

What is Bitcoin Mining? A Beginners Guide for New Users