There are so many reasons to invest in Bitcoin. This unique financial instrument changed the world forever and ushered in the digitization of the economy. Bitcoin is much more than just a protocol. It represents a fundamental shift in global monetary policy. For the first time, government and monetary policy are separate.

Nobody knows exactly the reasons why Bitcoin’s anonymous creator Satoshi Nakamoto created Bitcoin. However, there are some clues as to his reasons. For example, a cryptic message is embedded in Bitcoin’s Genesis block. The message reads, “The Times 03/Jan/2009 Chancellor on the brink of second bailout for banks” can be found.

Why Invest in Bitcoin (BTC)?

Most analysts agree that to regain control of your financial future is the message that best conveys Bitcoin’s inspiration. Its development was meant to provide a sound form of money free from the manipulation of outside factors. Unlike fiat currencies, there is no way for a government to print more Bitcoin. The supply is limited and built directly into the core protocol of the network.

The Best Way to Start Your Cryptocurrency Portfolio

The crypto sector is now larger than ever. There are thousands of different platforms. Each of these blockchains brings a unique feature to the market. While many of these platforms will succeed, many will not. Bitcoin is the world’s oldest, largest, and most secure blockchain. Consequently, its one project that is sure to be around for as long as cryptocurrency holds value.

There will only be 21,000,000 Bitcoin ever created. These Bitcoins issue as mining rewards to incentivize network nodes. New Bitcoin rewards distribute roughly around every ten minutes. In this way, Bitcoin provides the world with the first reliable global predictive currency.

The signs of change are evident in the market. This month saw the investment metrics firm MicroStrategy shift their company reserves from fiat over to Bitcoin. The decision to switch assets came after the US government issued trillions of dollars in stimulus packages to the market as part of the Pandemic stimulus package.

Discussing the decision, company officials stated that due to the increased supply of fiat currency in the market, and the overall uncertainty surrounding the Coronavirus, Bitcoin provided a better option. They explained that Bitcoin possesses many anti-inflationary measures that make it a better long term investment.

This scarcity continues to drive Bitcoin prices to new heights. Its only been 11-years since this cryptocurrency entered the market, and in that short period of time, Bitcoin prices have skyrocketed. Specifically, Bitcoin has gone from around $0.50 a coin up to over $20,000 per coin. The market corrected since those 2017 highs, but the value of Bitcoin remains over $10,000. That’s an impressive ROI that has turned early investors into billionaires. 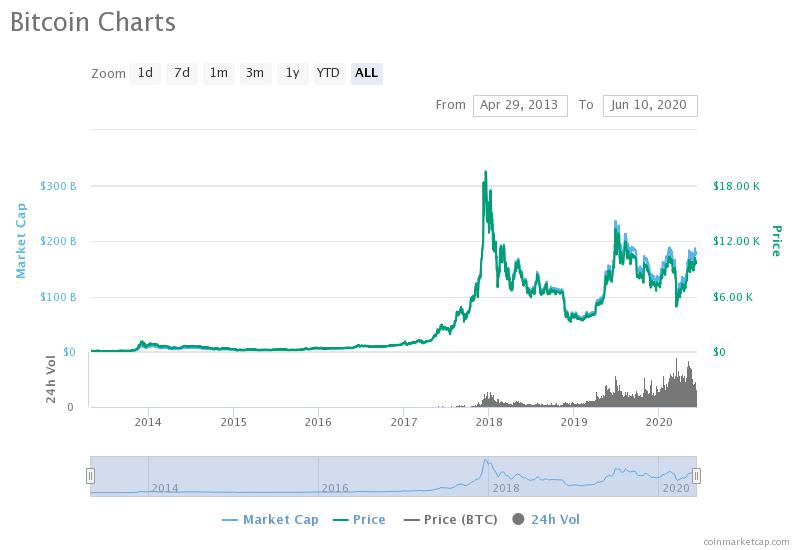 Out of the 21 million Bitcoin, over 18 million coins are currently in circulation. Additionally, Nakamoto mined 1 million coins before he disappeared without a trace. These Bitcoin have never moved since these early days. Also, a large amount of Bitcoin has been lost due to human error.

If you send Bitcoin to an incorrect wallet address, it’s lost forever. Studies show that around 4 million BTC are lost forever due to these errors. Together, all of these factors mean that out of the 18 million Bitcoins mined, only 13 million still exist.

Bitcoin’s network is larger than ever. There are more wallets, exchanges, and platforms available to users. Additionally, more vendors accept Bitcoin. There are even Bitcoin debit and credit cards that allow users to spend their Bitcoin anywhere that accepts Visa.

These innovations, coupled with a growing Dapp sector, means that Bitcoin is set to expand for the foreseeable future. Additionally, there are various next-gen Bitcoin-based financial products, such as EFTs, available to the public. Each of these products helps to bring the traditional market into the crypto sector.

Whenever a new Bitcoin-based product enters the traditional sector, it pushes Bitcoin adoption to a new level. These innovative financial tools allow users to participate in the Bitcoin market without directly owning Bitcoin. This strategy allows investors to avoid heavy cryptocurrency regulations or taxes.

Recently, it has come to light that certain governments around the world have begun to hoard Bitcoin. These countries recognize the excellent store of value Bitcoin represents and have decided to hedge their bets. Many of these Bitcoins were confiscations that yielded huge returns for government agencies.

For example, Bulgarian officials seized over 200,000 Bitcoin during an organized crime sting. Also, Sweden, the United States, and North Korea have hefty Bitcoin holdings. Since these confiscations, some of the coins have been auctioned off for massive returns. In one instance, U.S. Marshals Service auctioned more than 144,000 BTC to the public for $48 million.

This revolutionary second-layer protocol also allows Bitcoin to take advantage of new technologies in the market. For example, the Lightning Network introduces the use of oracles to Bitcoin’s network. Oracles are off-chain sensors that can trigger on-chain actions. Oracles are one of the most exciting technologies in the market. They expand the usability of cryptocurrencies to new heights.

There’s something else powering Bitcoin’s network besides blockchain technology. There is this belief that the people of the world deserve better. Everything about Bitcoin goes against the grain. It truly distributes a new level of financial empowerment and demonstrates how society can evolve past its current financial woes.

What the Future Holds

Nobody can tell you with a 100% certainty that Bitcoin will reach the heights predicted by so many in the financial sector. However, all indications point towards many more years of record adoption. Bitcoin is more than a cryptocurrency. It’s a vote for control of your financial future.

We recommend the following exchanges:

Related Topics:bitcoin 101
Up Next

Big Bitcoin Scams to Avoid for 2021

Investing In Bitcoin (BTC) – Everything You Need to Know