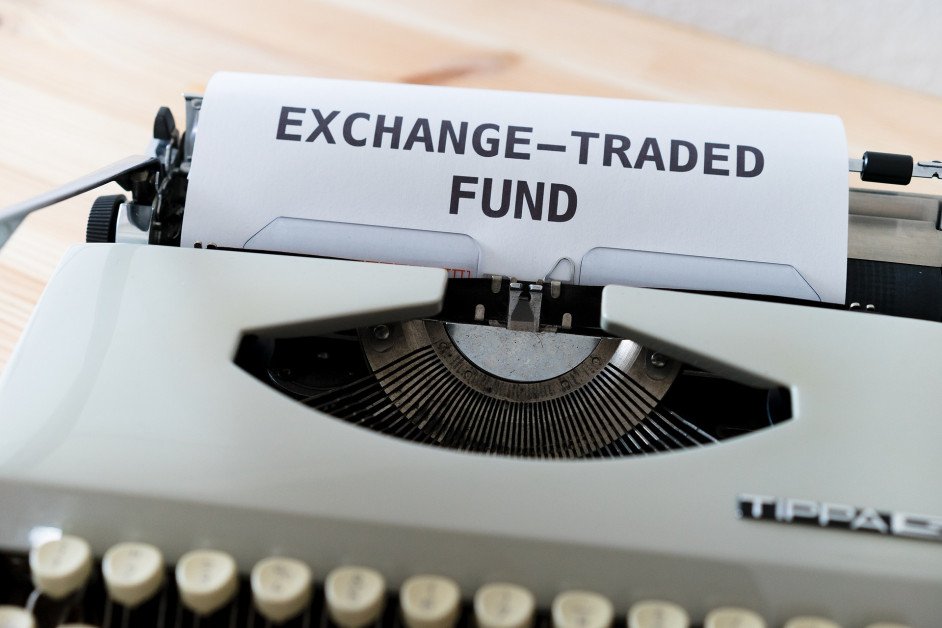 Yet again, the SEC has denied an application to create a Bitcoin Spot-ETF.  This time it was an application by Grayscale, which would have seen the its existing Bitcoin Trust (GBTC), converted.  This particular application was widely viewed as the most likely candidate in a long line hoping for an approval. 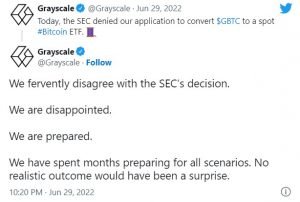 With what many view as a disheartening result, markets have responded accordingly, showing a fresh drop in asset prices across the board.  Despite the decision however, Grayscale is not yet ready to give up the fight.  The company has now announced that it has launched a petition for a review on the SECs actions.

Upon announcing the petition, Grayscale did not mince words when describing its interpretation of the SECs actions, calling them both ‘arbitrary’ and ‘capricious’.  Not only this, Grayscale believes that the SEC’s actions are discriminatory in nature.

It should be noted that this is not a hasty decision being made by Grayscale.  Roughly a month ago the company began bolstering its team in preparation of such a move, hiring former Solicitor General of the United States, Donald B. Verrilli Jr. – a move noted at the time as being the first step towards filing a petition if denied yet again.

What may be the SEC’s undoing is its past decision to approve multiple Bitcoin futures ETFs.  Grayscale highlights this by stating, “The SEC is failing to apply consistent treatment to Bitcoin investment vehicles as evidenced by its denial of GBTC’s application for conversion to a spot ETF, but approval of several Bitcoin futures ETFs. If regulators are comfortable with ETFs that hold derivatives of a given asset, they should logically be comfortable with ETFs that hold that same asset.”  Essentially, Grayscale believes that by approving an ETF based on a derivative, it has simultaneously given credibility to the underlying product – which in this case is Bitcoin.

However, the SEC has maintained a different perspective on what is and isn’t logical.  Much like the many past disapproved applications, the SEC believes that potential issuers have failed to show how their products were, “designed to prevent fraudulent and manipulative acts and practices” and “to protect investors and the public interest.”

In explaining its denial, the SEC is clear that its decision was not made as a sign of condemnation towards Bitcoin itself, but rather puts the onus on the would-be issuers of such a product.  “The Commission emphasizes that its disapproval of this proposed rule change, as modified by Amendment No. 1, does not rest on an evaluation of the relative investment quality of a product holding spot bitcoin versus a product holding CME bitcoin futures, or an assessment of whether bitcoin, or blockchain technology more generally, has utility or value as an 12 innovation or an investment. Rather, the Commission is disapproving this proposed rule change, as modified by Amendment No. 1, because, as discussed below, NYSE Arca has not met its burden to demonstrate that its proposal is consistent with the requirements of Exchange Act Section 6(b)(5).”

In response to this decision, a harsh market became even harsher.  After rebounding from recent bouts of pain, Bitcoin had finally posted a slight gain in value on the week.  This quickly disappeared though, showing a nearly 5% drop in the hours following Grayscales denial.

While this downwards trajectory was most likely fueled in part by fears of increased and lingering inflation, the denial of this latest application only made things worse.  For the time being, it appears as though $19k remains a strong floor, with BTC failing to break downwards on multiple attempts.

While this may just be the latest in a long line of denials, there will no doubt continue to be a steady flow of applications by companies looking to issue such a product.  With regards to Grayscale, it states, “we have not and will not waver in our comittment to converting GBTC to a spot Bitcoin ETF.”

Regardless of what happens with this petition, it will most likely be some time before the situation is resolved.  For the time being, GBTC continues to be one of the largest funds of its type across the globe.