Exchanges Rush to Apprise Investors of Exposure to FTX and Alameda - Securities.io 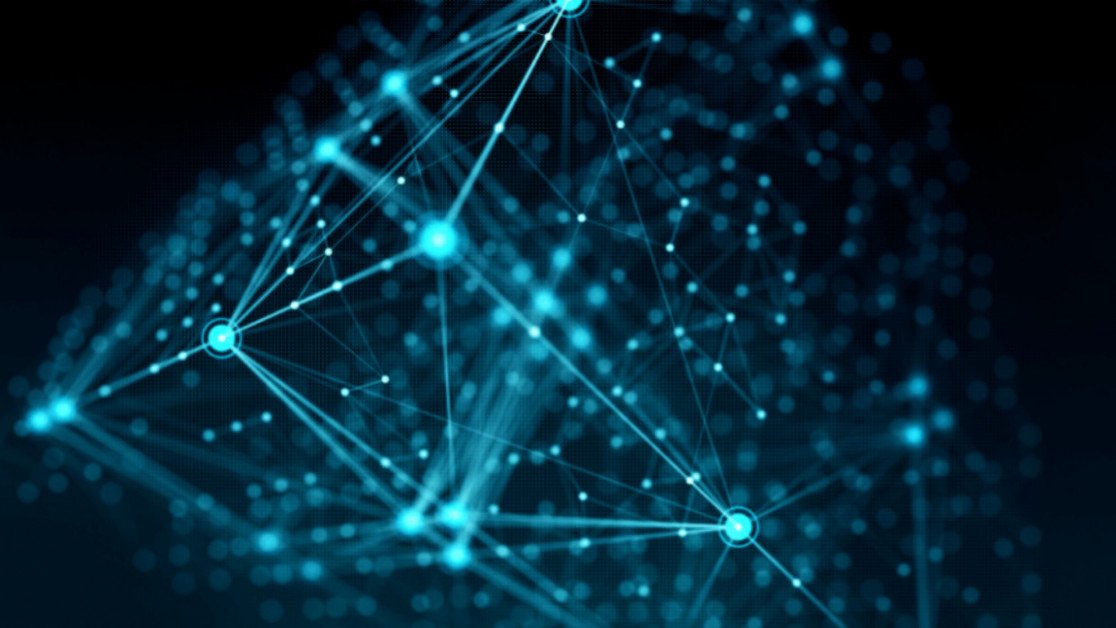 With another big event rocking the crypto world in the form of the FTX collapse – this time much bigger than the TerraForm debacle – companies are scrambling to reassure users that they are not at risk, denying any connections in an attempt to assuage investor concerns regarding contagion effect.

The effect can already be seen with Bitcoin going under $16k and Ether under $1,100, while billions of dollars have been wiped out from the entire crypto market.  FTT, the token native to the FTX exchange, has lost about 90% of its value just this week.

Now, several crypto firms have taken to Twitter over the past couple of days to confirm or deny any exposure to FTX or Alameda – each companies founded by 30-year-old billionaire Sam Bankman-Fried, whose views on cryptocurrency regulation have made him a divisive figure within the crypto industry.

Brian Armstrong, the CEO of the largest exchange in the US, Coinbase, announced via Twitter that it does not own any FTT coins nor does it have any exposure to either FTX or its subsidiary, quant-crypto trading company Alameda.

He also criticized the event as a result of risky business practices such as the misuse of customer funds and conflicts of interest. 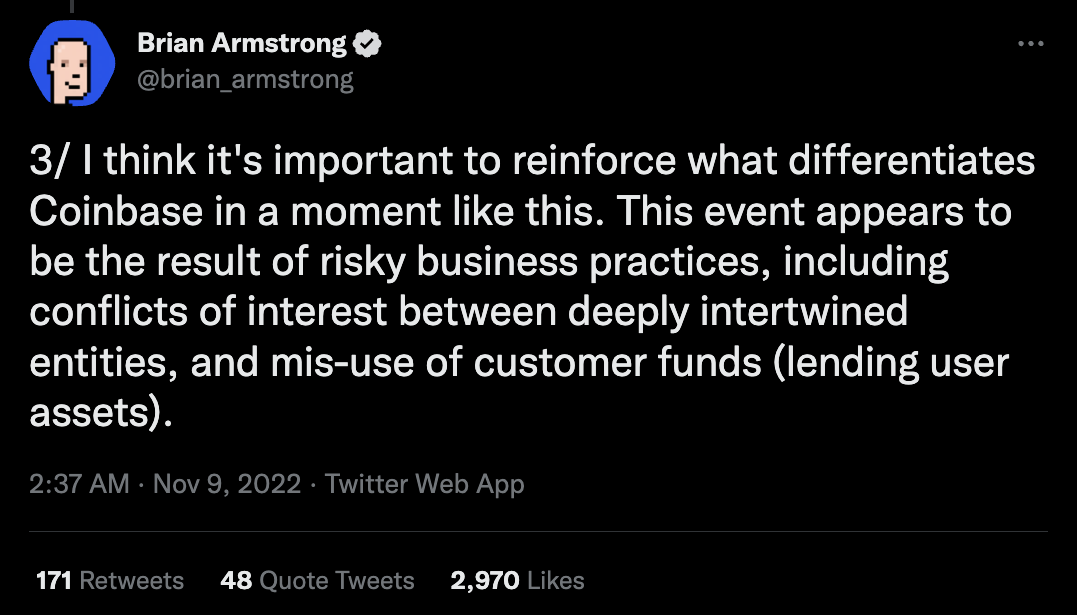 Tether CTO Paolo Ardoino also tweeted that the USDT stablecoin issuer has no exposure to either of the distressed firms.

Another stablecoin (USDC) issuer, Circle CEO Jeremy Allaire, denied rumors of the firm’s exposure to FTX and Alameda. While both the firms have been customers of Circle, they did not make loans or receive any FTT as collateral, Allaire said.

Genesis, the trading firm for institutional investors, shared that it “hedged and sold collateral resulting in a total loss of ~$7M across all counterparties, including Alameda.”

Trading platform Coinsquare meanwhile ensured its users that all client funds are held in cold storage. We “will never use client assets to operate our business,” said the firm.

In response to the market volatility, market maker Wintermute said it has reduced its exposure to FTX once the initial solvency concerns were raised, and the remaining funds left on the exchange are “within our risk tolerances and do not have a significant impact on our overall financial position.”

While Amber Group didn’t have any exposure to Alameda or the FTT token, they have been an active participant in the FTX exchange.  “While we have significantly reduced our exposure over the course of the week, we still have withdrawals that have yet to be processed,” wrote the firm. The stuck assets represent less than 10% of the market maker’s total trading capital and do not “pose a threat to our business operations or liquidity,” it added.

Crypto-focused VC firm Multicoin Capital reportedly has 10% of funds stuck as pending withdrawals on FTX after having moved about 24% before FTX froze withdrawals.

Venture capital firm Sequoia Capital will be marking down its investment of over $210 million in FTX to zero as possibilities of bankruptcy loom, it said in a note to investors posted on Twitter.

“In recent days, a liquidity crunch has created solvency risk for FTX,” said the Silicon Valley-based firm, adding that “the full nature and extent of this risk is not known at this time,” and they are monitoring the situation, which is developing quickly.

This event may hit the Ontario Teachers’ Pension Plan hard; it invested an undisclosed amount in FTX a year ago at a $25 billion valuation. Teachers is Canada’s third-largest pension fund which manages the pensions of Ontario’s 333,000 active and retired teachers.

It all started when leading crypto exchange Binance sent shockwaves through markets last weekend when it said that it planned to divest from FTT out of concerns about the lack of liquidity when trading on FTX, a smaller competitor.

This caused a cryptocurrency-like “bank run” on FTX, where top investors tried to withdraw money earlier this week. Reportedly, users raced to take billions of dollars worth of cryptocurrency from FTX in only 72 hours.

The concerns have been centered around the question of whether the balance sheet of the affiliated firm Alameda is saturated with increasingly valueless tokens that will have no greater value than the exchange’s liabilities, essentially rendering FTX insolvent.

There are additional concerns about potential conflicts of interest with Alameda Research, the proprietary trading unit of FTX, also set to serve as FTXs main clearinghouse backstop liquidity provider.

Binance CEO Changpeng Zhao, popularly known as CZ, then amplified this account on Twitter, sparking the run that brought down FTX.  On Monday, the billionaire competitors were having a public fight on Twitter. But by Tuesday, market participants were stunned when Binance signed an unbinding deal Tuesday to purchase the exchange’s FTX subsidiary outside of the US in an effort to cover what he described as a liquidity crisis.

That’s when Sam shared that the bank run caused a liquidity issue much bigger than they could handle, and Binance was looking to acquire FTX.  This later fell through, leaving the troubled company in danger of and even greater liquidity crises.

Binance said that after due diligence, it decided not to pursue the deal, citing reports of “mishandled customer funds and alleged US agency investigations.”

Since then, Tron founder and Grenada’s ambassador to the World Trade Organization, Justin Sun, has been trying to come to the rescue. While no details have been shared, Sun said he and his team are “putting together a solution” with FTX “to avoid further deterioration.”

A Reminder: Not Your Keys, Not Your Coins

The FTX debacle is yet another blow to an already battered market, which is still reeling from the collapse of Terraform, Three Arrows Capital, Voyager, Celsius, and many other firms. The market was already on edge. Now investors are wondering if this will be the start of another mass panic.

This event has brought on another round of liquidations, adding to the uncertainty in the market. It is still too early to tell what the long-term effects of this event will be, but it is certainly possible that it could result in other companies going under and even more increased regulatory scrutiny.

On Wednesday, Minneapolis Fed president Neel Kashkari called it “wild Wild West and chaos all rolled into one,” saying the “fatal flaw” in the asset is that anyone can create those coins, making them “hard to distinguish.” 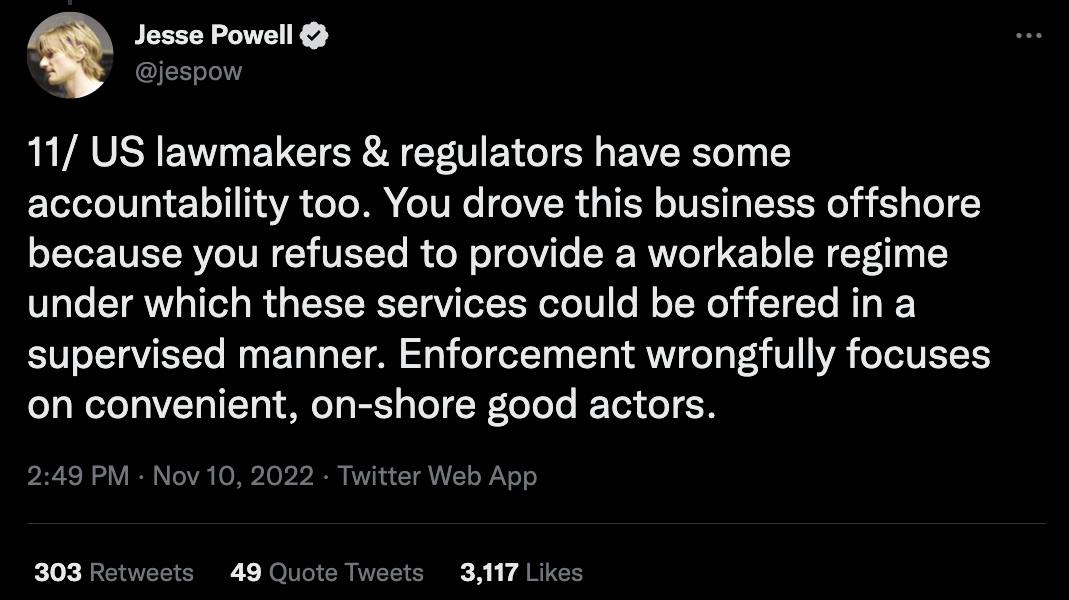 The incident is also likely to further weigh down the market as investors lose confidence in the crypto space. The incident will likely cause many investors to reconsider their positions in the market.

If you’re looking for alternatives to FTX for crypto trading, many options remain available, including but not limited to,

Regardless of which exchange is used, these most recent developments have only further highlighted the importance of arguably the most repeated, and unfortunately the most ignored, phrase in crypto – Not you keys, not your coin.  The ability for safe self-custody of ones assets is one of the most important features afforded by blockchain technology.  This still developing situation is just the latest in a long line of reminders to take heed of the phrase, which is worth repeating one more time.  Not your keys, not your coin.

In light of the FTX and Alameda crisis, CZ and other high-profile industry figures are supporting the Proof-of-Reserve mechanism using Merkle Trees by CEXs to give consumers more confidence and establish trust within the industry.

However, the fact remains that, much like FTX, these platforms are centralized. And centralized exchanges are a necessary evil in the world of cryptocurrency trading. But while they provide a convenient way to buy and sell crypto assets, they also come with several risks.

Not only are they a prime target for hackers, as they hold a large amount of user information and funds in one place, but centralized exchanges can also be subject to government regulation, which can limit their functionality or even cause them to shut down entirely.

But most importantly, as stated above, keeping your funds on them means you don’t have custody of your funds.

The FTX debacle is a reminder of the inherent risks in keeping your funds on CEXs. This has certainly made many users question the safety of their funds on exchanges.

Self-custody through hardware wallets is important because it allows you to have complete control over your digital assets. When you entrust your assets to a centralized exchange, you rely on that exchange to keep your assets safe. However, when FTX-like incidents happen, users can lose their assets.

For these reasons, limiting your exposure to centralized exchanges is generally advisable when not actively trading. This means keeping only a small amount of funds on the exchange and withdrawing them to a more secure wallet as soon as possible. It also means being aware of the risks involved in using a centralized exchange and taking steps to protect yourself accordingly.