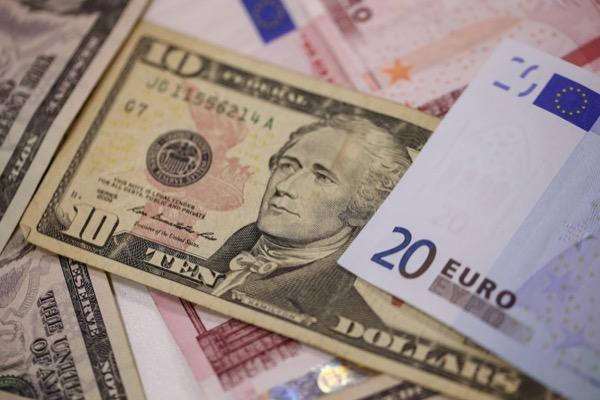 The US Dollar forex market has dropped back in its first sustained losses in a substantial period of time ahead of the open in the US on Wednesday. Tuesday brought a drop in the US Dollar Index of more than 1% as home prices dropped and fears over rate hikes subsided somewhat. This has allowed other major currencies which had been under sustained pressure, to make up ground. The Euro regaining parity as on Wall Street, stocks fall back after a very positive Tuesday trade.

The one constant in a turbulent market in recent months has been the strength of the Dollar as it basked in its safe haven status with cautious and concerned investors flocking to it. This has been ever-present though the moves early in this week may see a change in the situation as the USD dropped off more than 1% on Tuesday and does not seem like attracting any buyers to make that up through the midweek. This move came even though there is still a reasonably risk-averse mood in the market.

Behind the currency drop in the US was some disappointing data released on Tuesday. This showed that the price of homes in the country continued to decline in August and the pace of the price decline actually picked up in that period. At the same time, Consumer Confidence numbers were down to 102.5 in October, quite a sizable miss on expectations. Bond yields also declined.

Those forex trading the Euro have been trapped in a cycle recently where the common currency could not find its way back to level ground against the Dollar. That looks to have changed today as the US Dollar recovers from a sell-off yesterday. The Euro has taken the opportunity to challenge again for parity with a more optimistic market outlook also prevailing in Europe.

It is still unclear if the Euro will be able to not only capture this level, but also hold above it and build. It does seem more likely though than previous attempts given that the USD finds itself under some more pressure than usual at forex brokers. The fact that the ECB rate increase also looks as though it will be more than expected, gives increased strength to the currency.

Tuesday had been a more positive day on Wall Street as the markets gained with yields on the decline. The early hours trading on Wednesday has changed that and the major indices in the US look set to open on the back foot again.

The fallback, though impacted the Dow Jones, S&P500, and Nasdaq, is more pronounced in the tech-heavy Nasdaq due for the most part to disappointing earnings from Microsoft and Alphabet. The latter of these missed on both the top and bottom lines, dropping more than 6% in extended trading.