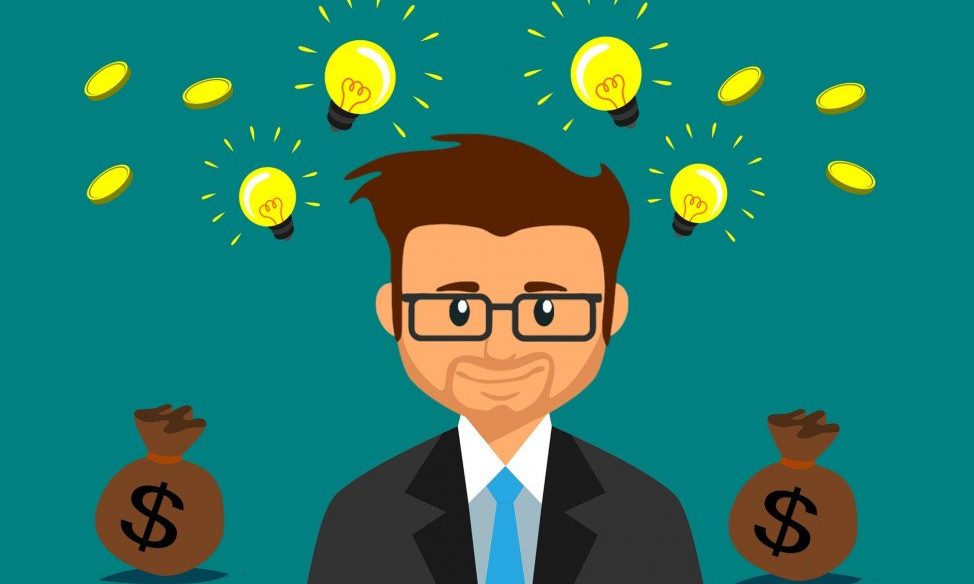 It has been stated on many occasions that bear markets are the time when real progress is made.  It is during these periods that companies typically concentrate on building out services and platforms, prepping to take advantage when more prosperous times arrive.  With this in mind, a trio of companies have recently announced successful funding rounds which should finance such development, helping each achieve short and long term goals.

Founded in 2021, Moon Mortgage indicates that its goal is to, “…fulfill a huge gap in the market: to be able to buy owner-occupied and investment properties with your crypto.”  This initiative is now one step closer to becoming a reality, with Moon Mortgage announcing that it has successfully raised $3.5M in funding from various investors. 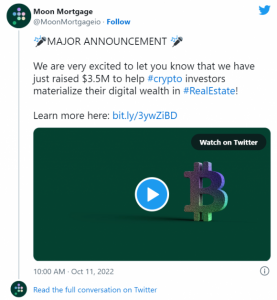 Notably, this funding round was spearheaded by two companies in particular, each investment $1.65M.

While crypto-mortgages are intended to be the bread-and-butter for Moon Mortgage, the companies indicates that moving forward it plans on expanding its services to include a variety of, “…traditional lending products to crypto holders.”

Meanwhile, MinePlex has just secured an impressive $100M of funding for its own initiatives from Global Emerging Markets (GEM) Digital.  MinePlex, which is a Singaporean based crypto-bank, indicates that this particular round of funding was secured as it looks to build out its platform capabilities, and expand on a global scale.

Interestingly, MinePlex is believed to be working with payment processing giants Visa and Mastercard to facilitate digital asset payments.

Some of the future capabilities that MinePlex intends on developing include,

MinePlex utilizes both its own blockchain, and a native token known as ‘PLEX’.  While only available on select niche exchanges for the time being, it is expected that PLEX will see its exposure grow in over time.

Finally, a young e-commerce platform known as Rye has just announced that it managed to snag $14M in funding.  This particular round, which was led by a16z, was undertaken as Rye looks to continue developing its capabilities, and most notably, transition to a fully decentralized API atop the Solana network.

Rye states that eventually its API, “…will be fully decentralized, built on the Solana blockchain. To achieve this, we need to work with merchants and sellers directly and partner with developers in the community who understand our vision and want to build with us. We’ve started by open-sourcing reference apps (like the Rye store builder) that use the API, which would allow anyone to spin up their own shopping experience in minutes.” 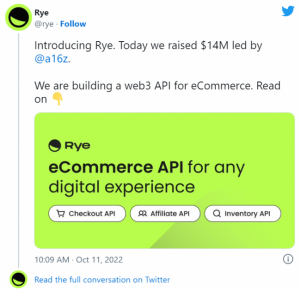 The full list of investors contributing to the $14M include,

Cofounder of Rye, Jamie Quint, took to twitter, summarizing the two key insights on which the company is being built.  He states,

“1. If you make it possible to build first-class online shopping experiences without owning/managing inventory a flurry of innovation will follow.

2. Merchants are desperate for any channel that is not Facebook or Amazon. Rye aims to expand the idea of “affiliate” from a link click to a site, to full blown shopping experiences. Expanding margin available to “affiliates” & massively improving conversion rates in the process.”

Who has Vacated Their Positions in 2022?

From Exploits to Partnerships, and more – The Latest on FTX, Binance, Coinbase, and Nexo