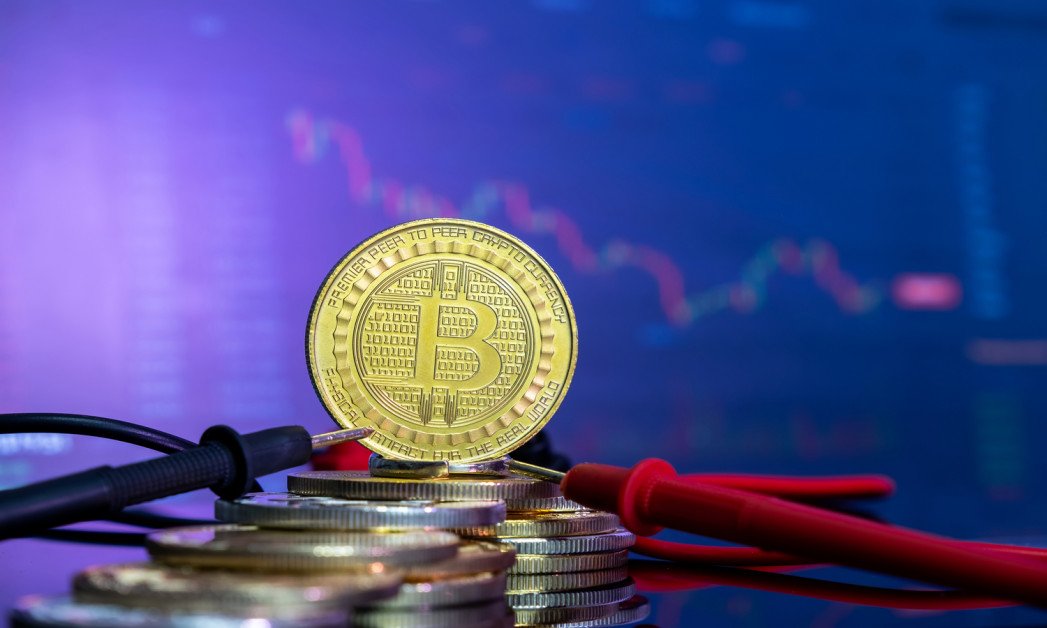 In the world of Bitcoin mining, the difficulty of producing a block dropped by 7.32% after miners powered off their machines due to the ongoing brutal bear market eating into their profits.

According to data from mining pool BTC.com, this mining difficulty adjustment at block height 766,080 is the biggest downward/negative change since July 2021, which was when several miners dropped off the network following China’s ban on the industry.

The mining difficulty automatically adjusts according to the hashrate to keep the time it takes to mine a bitcoin block roughly stable. The more miners work, the higher the difficulty, and vice versa.

In the bear market of 2022, Bitcoin price has fallen 65%, which has decreased miners’ revenue. As per Luxor’s hash price indicator, mining profitability has dropped by about 20% in the past month. Now, miners are caught between sliding revenue while paying higher electricity rates which increases costs.

“Miners buying spot electricity and already operating close to breakeven may have seen their electricity prices rise just enough to flip their operations into the cash-flow-negative territory,” said Jaran Mellerud, an analyst at Luxor.

The situation has been further exacerbated by more miners coming online and new efficient machines being delivered, driving the hashrate higher. Both the hashrate and difficulty increased by about one-third between August and November 21, when the last upward adjustment occurred.

While Bitcoin mining is suffering in line with the BTC price, which is trading around $16,800, as of writing, regulators are working to increase their oversight of the sector.

In what could be termed a big blow to the burgeoning mining industry of the South American country, Paraguay’s lower house failed to pass a bill that would have regulated crypto in the country.

Paraguay is known for some of the cheapest energy rates in the world, which have attracted Bitcoin miners to the country. To those oblivious about this matter, a bill was passed by Paraguay’s Senate in July to regulate crypto and legalize mining in the country, which was later vetoed by President Mario Abdo Benítez the next month.

As such, the bill was sent back to the legislature for amendments and a fresh round of voting. However, this Monday, the bill only managed to get 36 votes in the Chamber of Deputies when it needed 41 to pass.

Speaking to the lower house of Paraguay’s legislature, Deputy Tito Damián Ibarrola said that the country had an abundance of renewable energy and would benefit from the taxes levied on the bitcoin mining industry.

But the local grid operator provider, Ande, and some legislature members claim that the grid’s infrastructure cannot handle the excess load and that the Bitcoin mining industry doesn’t significantly benefit the local economy and society.

Ande asked the government to increase the tariff for miners by as much as 60% over the industrial rate, but the proposed bill would have capped Ande’s ability to increase miners’ tariffs to 15%, which was a major sticking point for the grid operator and the government.

Meanwhile, Senator Ted Cruz wants to make Texas a sanctuary for cryptocurrencies in the US. Speaking at the Texas Blockchain Summit 2022 in late November, the politician said that the crypto industry could play a strategic role in the US energy supply and technological development.

Cruz highlighted that the state has abundant and relatively low-cost energy and embraces free enterprise, making it an attractive place for the crypto industry. The senator further argued that Bitcoin mining could be used to monetize energy created by oil and gas extraction. He further emphasized using mining activity as an energy storage and supply alternative.

During his speech, the Republican lawmaker shared that he’s a fan of Bitcoin “because the government can’t control it” and that he makes weekly purchases of BTC as he sees it as an investment.

Bitcoin means “financial independence,” and “the rise of bitcoin mining in Texas has an enormous positive benefit for the resiliency of the grid,” added Cruz.

Meanwhile, in Kentucky, the Public Service Commission (PSC) has started a formal investigation around two proposed contracts that are expected to provide discounted electricity prices to new crypto-mining operations.

Earthjustice, an environmental law group, is working with PSC to determine whether subsidizing cryptocurrency mining operations will increase electricity costs for Kentucky residents.

It is believed that after passing a Kentucky tax break bill for local crypto miners, Bitki-KY has already secured a $250,000 tax credit, and a proposed contract is facilitating discounted electricity rates to the Ebon Facility.

“I’m hopeful that the Commission will see these cryptocurrency mining companies’ empty promises that they will benefit local communities […] and give more scrutiny to contracts like these in the future. Cryptocurrency mining is a largely unregulated and highly energy-intensive industry that could cost everyday Kentuckians big,” said Thomas Cmar, a senior attorney at Earthjustice.

The group claims that crypto mining operations rarely provide employment opportunities and that the pressure around costs of developing new mining facilities “often lands on everyday people” as their “electric bills go up to cover the costs.”

When it comes to Bitcoin miners, major producers like Argo Blockchain (ARBK) and Core Scientific (CORZ) are dealing with liquidity crunches, while Compute North has filed for Chapter 11 bankruptcy. But not everyone is performing that badly.

Hut 8 Mining Corp. (Nasdaq: HUT) reported an increase in their Bitcoin holdings by 238 in the period ending November 30, bringing their total self-mined holdings to 8,925 Bitcoin.

Last month, the North American Bitcoin miner generated 238 BTC, representing an average production rate of approximately 7.9 Bitcoin per day. 100% of these mined Bitcoin were deposited into custody by the company in line with their long-standing HODL strategy.

The miner had installed an ASIC hashrate capacity of 3.27 EH/s, of which only 2.44 EH/s was available for operations following the suspension of mining activities at the North Bay mining facility. Meanwhile, 2,000 new MicroBT Whatsminer 30S++/+ were installed in their Medicine Hat mining facility, which has increased efficiencies and enhanced their hashrate capacity.

“At the same time, thanks to our balance-sheet first approach, we are able to continue to HODL everything we mine, growing what continues to be the largest self-mined unencumbered Bitcoin stack of any publicly traded company,” said CEO Jaime Leverton.

Gridless, a bitcoin mining company, helping to bring new energy generation to rural communities in East Africa, has secured a $2 million seed investment round led by Stillmark and Block, Inc.

The fresh funding will support the company’s further expansion of bitcoin mines across African markets, which needs “affordable electricity.”

The company has already contracted five project pilots in rural Kenya, three of which are currently operational, and plan to expand to other geographies in East Africa in the near future.

According to Hersma, Africa presents an excellent opportunity to diversify Bitcoin mining globally, “helping to better secure the network.” Meanwhile, the abundance of renewable energy on the continent “presents the excellent potential for profits for both energy generators and miners as well as the ability to deliver a real positive impact on the communities where it is put to use,” he added.

Bitcoin mining company Riot Blockchain (NASDAQ: RIOT) reported an increase of 12% in BTC production in Nov. 2022 at 521 BTC, compared to November 2021, which recorded a production of 466 BTC.

The company’s deployed fleet of machines included 72,428 miners with a hash rate capacity of 7.7 exahash per second (“EH/s”), a new record that resulted in the “highest monthly Bitcoin production figure to date,” said Jason Les, CEO of Riot.

Les noted that Bitcoin produced in November was still lower than the expected production of approximately 660 Bitcoin based on the operating hash rate over the month, assuming the normalized performance of the mining pool. However, variance in a mining pool can impact results, leading to lower Bitcoin production for Riot than expected.

“In order to ensure more predictable results going forward, Riot will be transitioning to another mining pool that offers a more consistent reward mechanism so that Riot will fully benefit from our rapidly growing hash rate capacity as we work towards our goal of reaching 12.5 EH/s in the first quarter of 2023,” Les added.