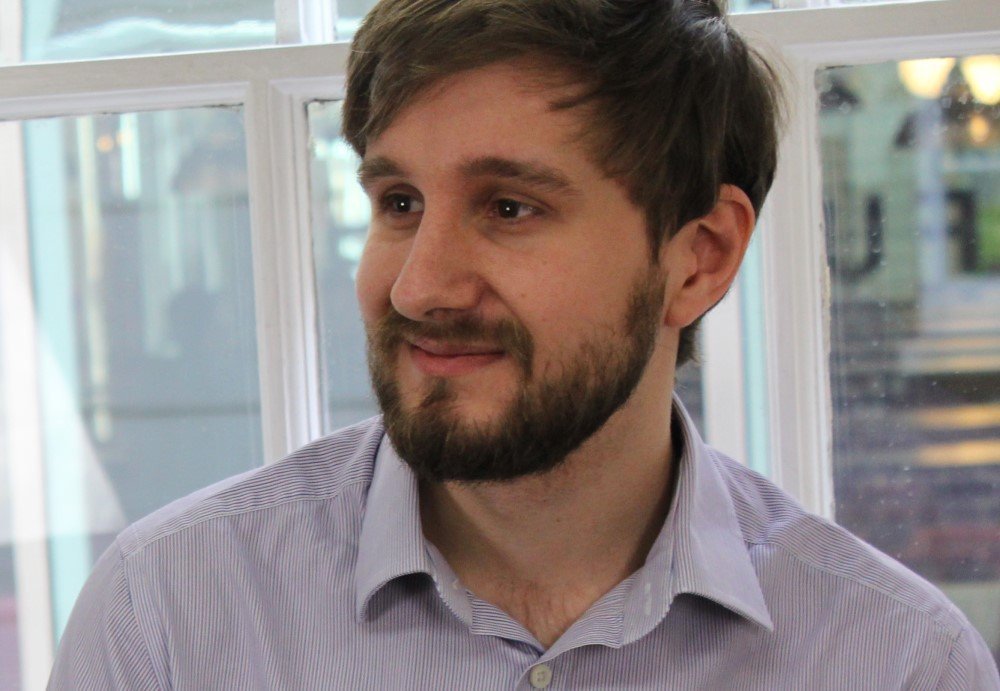 Andrew is the Chief Executive Officer at Crowd for Angels an equity crowdfunding platform. He often attends and speaks at events on Crowdfunding, Alternative Finance and Investment. Previously, he worked at NinetyTen, a web application developer and provider of Private Social Networks, whose clients included Nokia, Channel 4 and Shop Direct

You were one of the original Co-Founders of Crowd for Angels. Can you discuss the inspiration behind launching this business?

I was indeed one of the Founding team at Crowd for Angels, but the inspiration for launching the company comes from our Director Tony de Nazareth, who combined his decades of financial knowledge with the ‘social media’ approach. This was to get the community involved when funding and supporting a business, thereby creating brand advocates that not only financially supported the aspirations of a company but also became a voice and customer of the company.

How much do you involve yourself in the pitch decks and packaging the deals that are found on Crowd for Angels?

I am involved in most companies that seek to list on Crowd for Angels. I take a genuine fascination in the lives of start-ups and companies looking to expand. Each has its own story and passion, which I am enthused by. Having raised funds for my own company and invested in many others, I hope to provide insight for the company.

What type of due diligence is performed on the companies that are listed?

A lot! Crowd for Angels breaks due diligence down into 3 key areas, firstly, we conduct factual checks such as KYC, AML, PEP, Credit Checks on the directors, reviewing accounts produced by the company and verifying facts stated on their pitch. Secondly, we conduct market checks, for instance, is the product available and as described, is there an addressable market, is the valuation reasonable, what legal challenges the company might face and is it ethical. The final check is one of sanity, which is not only tested by Crowd for Angels, but also by our Angels, who will ask the company their own questions.

What are some of the main reasons behind companies being turned down for listing on the platform?

There can be a number of reasons but a few we find most common are as follows:

What are the biggest benefits of equity crowdfunding?

I personally believe the biggest benefit is the ability to create brand advocates, people who support your business financially and become active customers, drawing in others to check out your brand, whether that is through word of mouth or social media.

Could you give us a success story of a company that raised funds on the Crowd for Angels platform?

One of my favourites is a company called CNPPS. A young entrepreneur, who was studying engineering at university at the time had created a permeable pavement solution that used recycled aggregate. Now that might not sound as fascinating as an app, but our world is covered in roads and pavements. His solution, used 100% recycled aggregate and was carbon negative, furthermore, it allowed water to pass through. Working with the entrepreneur we were able to raise £100,000 for a phase of testing that has now led on to a commercial contract and further funding for the company.

What made it interesting was the ethical approach the company had took to change an old industry, the tenacity the entrepreneur showed never giving up and that a business can truly be grown from the ground up, out of university none-the-less. So far in a 2 year period, the company’s valuation has increased 4 fold, delivering a solid return for the Angels involved.

Crowd for Angels is one of the few crowdfunding platforms that accept bitcoin. How many investors use bitcoin, and where do most of these investors originate from?

Yes, we have been accepting cryptocurrency as a form of payment for investment since early 2016. At that time, we integrated this payment option to allow foreign investors to invest in UK companies without the costs and time associated with international bank transfers. Initially, we saw a number of Australians, Chinese and mainly Asian investors utilise this form of payment. However, as bitcoin and other cryptocurrencies gained in popularity, we did see growth in European investors utilising cryptocurrency. Partly this is due to the gains they might have experienced and I believe the convenience cryptos offered. Now, we have over 14,000 members registered with a cryptocurrency wallet on our platform, with many of them in Europe.

A few years ago, the ANGEL token was released. What are the use cases for this token?

The ANGEL token was released to drive down the user acquisition cost of investors whilst rewarding stakeholders for interacting with our platform. It is hoped that when users interact and share content in the network, say an investment they had just made in a fledgeling company, that they would be rewarded with ANGEL. Crowd for Angels has then committed to buy back and burn ANGEL linked to the revenue generated from our pitches, thus creating a virtuous circle. We hope in the future, our Angels will also be able to use the ANGEL token as a method of payment towards an investment.

How do you see digital assets and digital securities eventually merging with crowdfunding?

Crowdfunding utilises technology to allow the masses to invest small amounts into pitches, but the shares are usually held with a nominee and should you wish to sell them or give them to someone else, it is difficult. Therefore, the integration of digitalised assets should be a no brainer, because it potentially gives the control of the asset back to the investor and follows a set of rules, that can’t be broken. In a utopian world, you would allow investors to purchase, hold and trade any assets that they wish. With the blockchain, you benefit from an immutable ledger that would record these transactions, giving you efficiency and transparency. I believe we are only a stones throw away from some big changes.

We are always open to ideas, a conversation can go a long way.