Polkadot is an exciting project that continues to attract new developers and users. The protocol first entered the market in 2016 and was an instant hit due to its scalability and programmability. Currently, it’s still a popular option that has managed to see expansion even during the latest correction. Here’s everything you need to know when tracking Polkadot (DOT).

Polkadot improves its interoperability and programmability using a unique structure. The network leverages bridges to improve interoperability with sovereign networks. Additionally, the system introduces custom networks called Parachains and Parathreads. The main difference between the two being the latter is a pay-as-you-go model.

Polkadot started off as a hit, having secured $145 million in what was one of the largest ICOs of its time. Notably, only two weeks later a developer on the project from Parity Technologies was hacked. The incident resulted in the loss of $150 million in crypto.

Despite this major setback, Polkadot was focused on success. The network quickly recovered from the losses and has gone on to do some really impressive things in the market. Currently, it includes a full DeFi ecosystem with staking and much more.

Where is Polkadot at Now?

One of the biggest surprises to analysts was how well Polkadot faired during the market corrections. The protocol is in the midst of major growth despite most projects being down 65%. In the last two weeks, there has been a 300% jump in active accounts according to a report on DOT insights.

There are many factors helping Polkadot to shine. For one the network has recently made headlines by becoming one of the first security tokens to successfully roadmap a conversion to a utility token. To accomplish this task, Polkadot maintained an open dialogue with SEC regulators throughout the process.

This important milestone was no easy task. Polkadot has spent the last 3 years working with regulators to make the transformation a success. To grasp what this process took, it’s vital to understand that DOT was initially sold and delivered as a security.

Daniel Schoenberger, the Web3 Foundation’s chief legal, spoke on the process and how his firm worked hand-in-hand with SEC workgroups to guarantee the transformation’s success. He said the group was willing to work with the firm since day 1. They monitored the tokens’ migration from security to software. This news is just one of the exciting developments Polkadot has experienced recently.

The Polkadot staking Dashboard is another reason so many DeFi users have made the switch to DOT. The protocol features a simplistic interface that makes it easy for new users to stake and monitor their assets. Notably, the interface supports multiple protocols including Polkadot, Kusama, and Westend.

The main advantage of the new staking dashboard is to make the process easy enough for anyone to use it. Currently, there are a lot of third-party staking systems that offer a more responsive and easier-to-use experience than most DeFi protocols directly. Polkadot recognized these issues and created the dashboard to eliminate the need for third-party staking systems. The dashboard incentivizes native staking on the Relay Chain which is more profitable to users.

The new interface is packed with helpful features to improve your ROIs. For example, the Overview feature makes it easy to research and nominate validators. You can even favorite validators that you want to work with again. The interface makes it simple to review vital data like your payouts history using the opt-in Subscan API integration 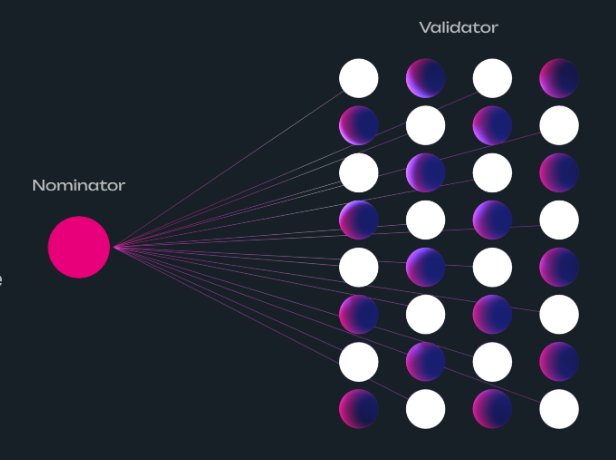 The next biggest upgrade to the Polkadot network was the introduction of Nomination Pools. This system is unique because it enables token holders to combine their holdings to nominate a validator. This structure is ideal because groups can now act as a single nominating node.

Users receive rewards for their participation in the nomination pools. These rewards are paid out in DOT tokens directly in your wallet. You can then add these tokens to your next round of staking to receive compounding returns. This approach is low-risk and provides you with a passive income stream that is easily managed and monitored.

As more platforms fall victim to coding errors and hacks, it’s vital for users to ensure they are with quality networks. Polkadot has recently completed another third-party audit of its coding. The network passed the XCMv2 Audit by Quarkslab, which helps to improve user confidence in the ecosystem.

This latest audit demonstrates Polkadot’s commitment to remaining secure and transparent with its user base. The network continues to expand with new parachains adding to its capabilities monthly. However, this growth has not led the platform to slack on its security.

The Gov 2 management system went live this year. This protocol is similar to many DeFi community governance systems in that users stake their tokens to gain voting rights. This upgrade is meant to provide user access to a next-generation governance system that is both simpler and more open.

The upgrade was designed to make the voting mechanism viable for the day-to-day decision-making processes. It still retains the weighted voting feature to ensure those with the most to lose have the most say. However, it now makes it easier to put forth proposals and vote.

How to Buy Polkadot (DOT)

Currently, Polkadot (DOT) is available for purchase on each of the following exchanges.

Uphold – This is one of the top exchanges for United States & UK residents that offers a wide range of cryptocurrencies. They also offer Polkadot staking. Germany & Netherlands are prohibited.

The Polkadot (DOT) Ecosystem is on the Rise

It would be hard to argue that Polkadot isn’t one of Ethereum’s most successful competitors. The protocol has had a technical advantage over many of its predecessors since day one. Additionally, the experienced staff and network supporting the project continue to make it one to watch in 2022.

Web3 Foundation is Launching Polkadot and Web3 Courses on edX