Polkadot Vs. Cosmos – Everything You Need to Know - Securities.io

Once you fully understand the differences between Polkadot (DOT) vs Cosmos (ATOM), you are ready to make an informed decision. Both of these projects seek to create more interoperability in the market, albeit through different strategies. Here’s some valuable insight into two very popular DeFi-capable networks that continue to see growing adoption.

When Polkadot entered the market in 2018, it made a splash. The protocol empowered developers to create more immersive dapps and purpose-built networks. The main advantage of Polkadot is scalability and the network’s interoperability. This feature includes the capability to provide seamless communication between private and public blockchains.

Polkadot has grown to encompass a large ecosystem consisting of Parachains and Parathreads. These networks can transfer data and leverage the best features of each network. Additionally, the network was built to streamline Dapp creation. As such, it integrates features that automate common programming tasks. 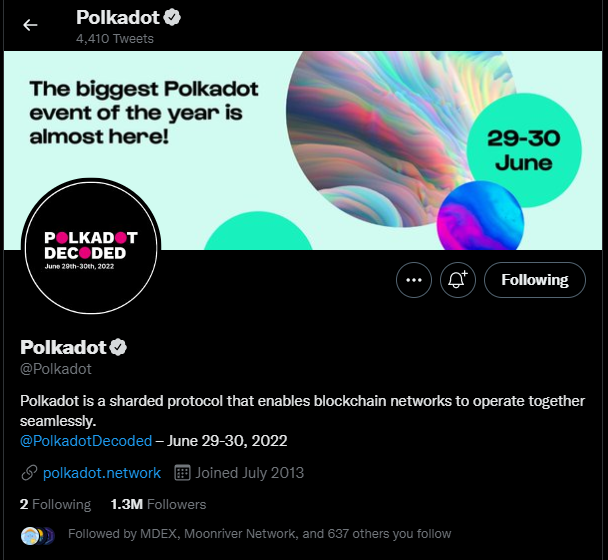 Cosmos is an advanced blockchain highway that seeks to introduce another level of interoperability to users. This network has earned the nickname the “Internet of Blockchains.” by its developers due to its top-notch interoperability. The protocol can communicate, transact, and share data with independent networks securely.

Cosmos provides developers with a suite of blockchain products that streamline the creation of new blockchains. The protocol features a flexible tech stack that improves development times compared to Ethereum and earlier networks. These features have helped Cosmos secure a healthy development community.

Polkadot was designed to alleviate a lot of the problems that Ethereum users face daily. Issues such as high fees and low performance due to congestion were the priorities for developers. They wanted to ensure that Polkadot could scale to meet the demands of the masses. To accomplish his task, they went with a flexible consensus mechanism that does away with miners.

Interoperability was another concern that Polkadot was designed to eliminate. Currently, the blockchain sector is expanding rapidly. However, a lot of these networks are direct duplicates or include duplicate protocols, as the developers had no way to leverage other protocols and therefore had to recreate similar ones.

This time wasted could have gone to improving the system or adding more features. The technical structure of Polkadot means that developers enjoy more interoperability compared to the competition. As such, Polkadot is a top-performing protocol in the market.

Cosmos was designed to solve the same problems as Polkadot. Instead of creating a new ecosystem, Cosmos seeks to tap into existing ones. The network wants to act as the glue that binds these networks and enables developers to save time and effort moving forward.

Since its first day, Cosmos has boasted lower gas fees than most competitors. The network wanted to provide developers with more flexibility by reducing their overhead. This strategy has paid off with Cosmos users enjoying low fees and fast transactions across the permissionless network.

Parathreads are very similar to Parachains but they provide a more affordable model for develops seeking minimal interaction with the blockchain. The pay-as-you-go model is a wise selection for those who require lower blockchain interaction and want to save their user’s costs.

All of the networks communicate through the bridge protocols. These systems can be optimized for specific use cases which makes them ideal for interoperability between private and public networks and commercial applications. Bridges allow Parathreads to communicate seamlessly without affecting other networks on the blockchain.

Cosmos operates on a proprietary purpose-built blockchain. The protocol is open-source and has undergone a variety of third-party audits. Cosmos is unique in many ways. For one, the protocol autonomously monitors the state of every blockchain in the ecosystem in real-time. 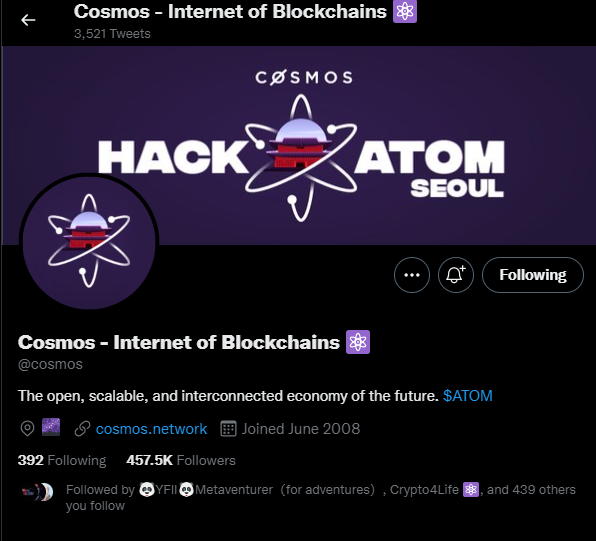 Each Cosmos network is known as a zone. Zones operate independently of other networks. They can create unique digital assets that can be set up to operate within the larger Cosmos network. Zones can introduce their own consensus mechanisms and governance protocols.

The Cosmos Hub is the underlying layer of the network that enables all the networks to communicate. All zones are connected via the Cosmos Hub. The hub keeps records of the state of the network as well. This strategy enhances the protocol’s performance, as all records are easily located.

Cosmos leverages three layers to remain scalable. The Application layer is the protocol that handles the processing of transactions. This layer also records the network state. The Networking Layer is where blockchains communicate. This protocol connects the networks in a secure manner.

The Inter-Blockchain Communications protocol is the coding that allows the different zones within the ecosystem to communicate with the Cosmos Hub. This protocol was optimized to improve communication across the decentralized network.

Cosmos leverages a Tindermint BFT proof-of-stake (PoS) consensus mechanism. This protocol enables regular users to stake their tokens to become network validators. This approach improves the sustainability of the network. It also removes technical barriers to network validation as there is no need to purchase and program a miner like PoW networks.

How to Buy Polkadot (DOT) and Cosmos (ATOM)

Currently, Polkadot (DOT) and Cosmos (ATOM) are each available for purchase on the following exchanges.

Polkadot (DOT) vs Cosmos (ATOM) is a hard decision as both protocols serve the same niche in the market and both are very popular. The similarities in their business model but differences in their approach make both projects even more interesting to watch. As such, these networks may be good additions to your portfolio in the future.

Polkadot Vs. Chainlink – What’s the Difference?