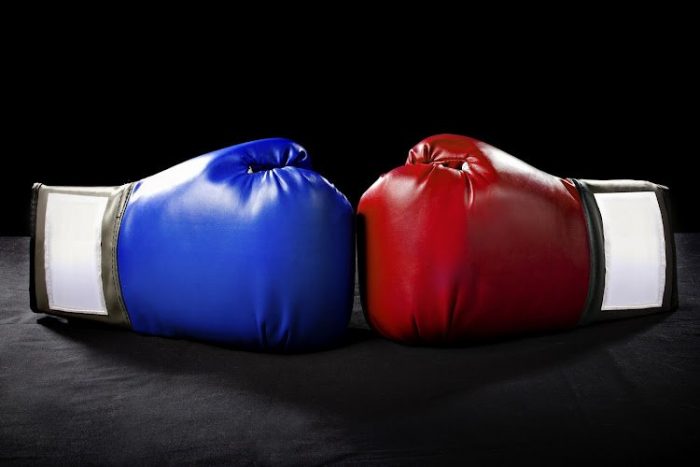 Ethereum (ETH) has been one of the biggest and most popular blockchains in the entire industry for the past seven years, ever since it launched in 2015. However, as the development and adoption continued, it quickly became apparent that Ethereum, as revolutionary as it is, doesn’t have the technical capabilities to handle the growing demand.

This led to a surge in gas prices and long waiting periods for transaction processing, which became a massive problem in 2020, after the DeFi sector exploded. In 2021, with the NFT sector going big, the gas fees became unbearable for many, and now, with the metaverse added into the mix, the situation is only getting worse for Ethereum users.

Granted, Ethereum is working on fixing this problem, and its goal is to launch Ethereum 2.0, which will switch it from PoW to PoS, and significantly improve its technology and systems. But, the process of implementing it is slow, and people are losing a lot of money as they are waiting for it to arrive. Not only that, but there is no guarantee that ETH 2.0 will be as efficient as expected in solving the existing issues. As a result, many have started looking into Ethereum alternatives and simply leaving for more advanced blockchains. Here are top 7 cryptocurrency/blockchain alternatives to Ethereum.

The first on the list is Binance Smart Chain or BSC. It was developed by Binance, the world’s largest crypto exchange by trading volume. Binance has always been very competitive, and when it noticed the rise of DeFi projects and Ethereum’s struggle to offer fast and cheap transactions, it quickly came up with its second blockchain that would act as its own version of Ethereum.

As a result, BSC was born — Binance’s development platform used for dApps, DeFi, metaverse, new cryptocurrencies, DEXes, and anything else that the crypto industry might need. Technologically speaking, BSC is better than Ethereum in all aspects. However, it doesn’t have its innovative nature, and it is stuck with Binance’s brand, which has suffered over time, particularly last year when regulators from all over the world cracked down on Binance for offering certain services for which it lacked the licenses.

Still, BSC as a blockchain seems fairly competent, and so far, it has worked well as an Ethereum alternative, as well as the coin’s largest rival.

Next, we have Cardano. While Cardano has been around for years now, it only became an Ethereum rival a few short months ago, in October 2021. That was when the project’s second Era (Shelley) was completed, which meant that Cardano finally got smart contracts enabled on its platform.

This launched its price, and its ecosystem became busier than ever. Today, Cardano is actively working on developing a strong and functional ecosystem, and while it is late to the party, the development has been going well. Plus, the fact that Cardano’s ecosystem is still new means that developers don’t have many existing dApps and DeFi protocols to contend with within this ecosystem, which leaves enough room for first movers on Cardano’s network to emerge.

Plus, Cardano’s native cryptocurrency, ADA, was expected to skyrocket due to all the new functionalities and use cases that it received thanks to this new development. Unfortunately, it did not exactly have time to reach its potential, as the crypto industry suffered a price crash only a few weeks later, and that crash continued for months. In fact, the bear market is still keeping cryptos right now, preventing them from recovering and making ADA extremely undervalued.

Next, we have Solana, which has grown to be one of the most popular Ethereum alternatives out there. Solana has been attracting users who got tired of Ethereum’s high fees and slow speeds for about two years now, and its ecosystem continues to develop consistently. This is a highly-functional project with a special focus on the DeFi sector and DeFi-related solutions.

Its protocol was also designed to facilitate dApp creation and improve scalability with a unique PoH (Proof-Of-History) consensus. This protocol helps make Solana decentralized, scalable, cheap to use, and simultaneously, fast and safe. The project has put in a lot of effort in order to boost its own usability, and this is quite clear considering that it welcomed many major developers, as well as a significant portion of those who left Ethereum.

To learn more visit our Investing in Solana guide.

Another Ethereum alternative that aims to improve the scalability of blockchain with a unique solution is Polkadot. In Polkadot’s case, the solution is quite interesting, too. The project launched a number of additional chains that run alongside its main blockchain. These parachains, as they are known, are tasked with taking over a portion of the work that the main chain has to deal with.

In doing so, parachains remove the workload and make the main chain run smoothly and without issues no matter how great demand the project ends up facing. However, that is not all they can do.

At some point, it became apparent that parachains can also connect to other blockchains, thus turning into bridges between Polkadot and other chains. And, if numerous chains are connected, they can even communicate with one another through Polkadot. This is already a good way to set up the foundation for Web 3.0, and Polkadot might someday be credited for establishing interoperability among blockchain ecosystems.

In the fifth spot is another popular project called Avalanche, which is a layer-1 blockchain that aims to serve as a platform for dApps and custom blockchain networks. Avalanche has positioned itself as a clear rival to Ethereum, with a goal of unseating it as the most popular blockchain project for smart contracts, dApps, and other blockchain products, and so far, its technology is more than adequate to allow for that to happen.

For example, Ethereum can only process around 15 TPS, while Avalanche can do 6,500 TPS without compromising scalability or security. The project has unique architecture that consists of three individual blockchains — X-chain, C-chain, and P-chan — each of which has its own unique role to play in the project’s ecosystem.

The project is quite interesting and we definitely recommend looking into it if you are looking for an alternative to Ethereum.

Nearing the end of the list, we have Tron. Tron started as an Ethereum-based project, launching its TRX token as an ERC-20 token. However, it wasn’t long before it launched its own mainnet and migrated to a blockchain of its own. Ever since it has considered itself Ethereum’s rival, and one of its goals was to take Ethereum’s place as a top-ranking dApps blockchain.

Of course, Tron had other, separate goals that were the reason why it was created in the first place — specifically, the intention to revolutionize the entertainment industry through blockchain. The project came to an idea of making content sharing decentralized, and providing incentives for those who help distribute content and make it available to others.

Back in the early days, Tron was a very popular project that was making headlines almost daily for its achievements, new partnerships, growing support, airdrops, giveaways, and more. However, over time, the hype that was surrounding the project died down a bit, especially since its CEO, Justin Sun, constantly got criticized by the community for hyping up the project even when there was no actual reason for it.

But, regardless of what you think of TRX or Sun, the fact is that Tron’s technology is still miles ahead of Ethereum’s and if you are looking for a functional Ethereum alternative, Tron definitely has what it takes to fulfill that role.

To learn more visit our Investing in TRON guide.

Finally, we have Cosmos as our seventh and last recommendation. Simply put, this is a project that offers a development platform and intends to use its technology to solve some of the hardest problems that the blockchain industry is experiencing. Specifically, it wishes to offer an “antidote” to slow, expensive, unscalable, environmentally harmful projects that still rely on Proof-of-Work, which includes Bitcoin, Ethereum (for the time being), and a number of other projects that never progressed beyond the original blockchain protocol introduced by BTC in 2009.

Other than that, Cosmos also wishes to simplify the blockchain and make it easier on both developers and users to make use of it. It wishes to demystify dApps, improve communication, eliminate fragmentation in the industry, and more, all of which gives it value, and explains why the project ranks as high as it does.

Cosmos sees itself as Blockchain 3.0, with advanced infrastructure and special attention on ease of use, which is why it deserves a place on this list, as well as its spot among the largest cryptocurrencies in the ever-growing crypto industry.

To learn more visit our Investing in Cosmos guide.

As you can see, you do not have to use Ethereum and Ethereum only if you are not satisfied with the current situation surrounding its blockchain and the conditions that it offers. There are plenty of alternative chains that can offer just as good, or likely even better ecosystems for you to explore and use.

That doesn’t mean that Ethereum will not bounce back and become competitive once more after Ethereum 2.0 launches in full, but there are many who are questioning the extent at which this update can actually improve the network. So, you can either choose to stay with Ethereum, switch to a different chain until ETH completes its switch to PoS, and then return, or permanently move to a different blockchain.