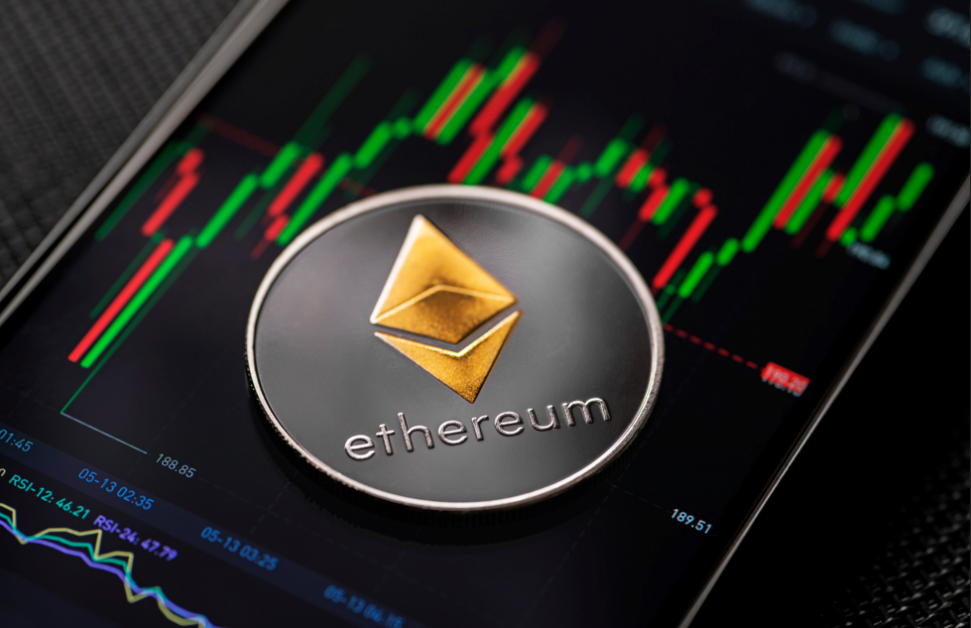 Ever since its creation in 2015, Ethereum has been transforming the crypto industry — first through the introduction of smart contracts, and then, thanks to them, a vast array of new blockchain products. Among them are many things, including decentralized applications, NFTs, DeFi protocols, and more.

However, before all that, Ethereum developed token models for easy deployment of new coins and projects, without the developers having to make everything from scratch. Token models like ERC-20 allowed them to launch utility tokens that run on Ethereum’s network, which led to hundreds, even thousands of new coins being born. But, not all of them are equally good, and every investor’s goal is to find the best opportunities, which is why we have created a list of the top 5 Ethereum-based tokens for you to consider.

The first on our list is The Sandbox — a project that offers an entire virtual world that allows users to create, build, buy, and sell digital assets in the form of a game. This is a project that aims to provide a decentralized platform for the thriving blockchain gaming community, which has seen a particular growth over the past several years.

With the rise of the metaverse trend over the last several months, and the gaming community’s rush to be one of the first movers into this new sector of the crypto/blockchain industry, this project has a great opportunity to see a significant increase in use and demand. As a result, it may also see significant price growth, which makes it worth keeping an eye on.

The platform also offers additional potential for earning thanks to its use of a play-to-earn model, which allows users to create games, play them, and win rewards during their gaming time. As such, the project allows users to make a profit while engaging in their favorite pastime. In other words, gaming can now be more than just a way to have a good time — it can become quite profitable.

To learn more about this token visit our Investing in The Sandbox guide.

Next up we have Chromia — an open-source public blockchain invented by a Sweden-based company called Chromaway AB. The company launched the token in May 2019. Originally, it was created as a standalone Layer-1 blockchain. However, it also has an EVM-compatible Layer-2 enhancement, which is compatible with both, Binance Smart Chain and Ethereum.

The project’s goal is to enhance existing decentralized applications (dApps) and to allow the creation of new ones. These would be more advanced, next-gen dApps that would provide greater scalability, customizable fee structures, and improved data handling.

The project already has many different applications, which is true for its own blockchain, as well as for its Layer-2 enhancements. The apps that exist include anything from DeFi options trading platform Hedget, to an open-world farming game called My Neighbor Alice, which is another very popular project in its own right.

On top of that, the project also has an enhancement layer for existing ERC-721 tokens, which is used for building non-fungible tokens (NFTs). As most people likely know, the NFT trend exploded in 2021, attracting millions of users, and undoubtedly billions of dollars in investments, which is why this project is also very much worth keeping an eye on.

To learn more about this token visit our Investing in Chromia guide.

In the third spot, we have Enjin Coin, which is a native cryptocurrency of a company called Enjin. Enjin, the firm, is in the business of providing an ecosystem of interconnected, blockchain-based gaming products. In fact, its flagship product is the Enjin Network, which functions as a social gaming platform.

The platform allows gamers to create their own gaming websites, clans, chats, and even host virtual item stores. Naturally, all of this is heavily connected with the growing NFT sector, which plays a huge role in blockchain-based gaming. NFTs can be used to represent in-game items, collectibles, and even playable characters, depending on the game. They can present upgrades to the character, weapons and armor, and more.

Meanwhile, Enjin Coin (ENJ) is the project’s native cryptocurrency — an ERC-20 token that is used for buying the items, participating in the network, tokenizing new items, and more.

To learn more about this token visit our Investing in Enjin Coin guide.

Nearing the end of the list, we have Basic Attention Token (BAT). This is a project that created an entire decentralized browser called the Brave Browser. The browser was created to allow users to take control over their data.

BAT saw that the way internet handled the users’ data and forced them to see ads was not really efficient. Advertisement companies and pretty much all websites and online services are recording every scrap of data about users that they can find, and then use it to bombard them with advertisements. BAT’s idea is to allow users to watch ads only if they feel like it, but it also made it so that watching ads would reward users with its native BAT tokens.

Meanwhile, it also helps companies that are creating the ads by giving them direct access to the people, rather than having them go through advertising firms, which are all charging a fortune to display the ads to users. The end result is that advertisers get to connect more directly with their buyers, the people are not bothered by ads when they don’t want to watch them, and when they do want to watch them — they get rewarded for doing so.

BAT’s Brave Browser has seen an increased use over the years, and while it is still not big enough to challenge the likes of Chrome or Firefox, it is growing rapidly, which means that BAT is getting more users, and as a result, a growing demand.

To learn more about this token visit our Investing in Basic Attention Token guide.

Lastly, we have Celer Network — a project that acts as a layer-2 scaling solution that aims to provide off-chain transactions handling. The platform offers fast and simple off-chain transactions, which still manage to remain very secure. But, they function for regular payments and smart contracts alike, which is important, especially for a project on Ethereum’s network.

As many likely know, Ethereum is quite well-known for not being able to scale, which led to increased transaction fees. So, having a project that can handle transactions off-chain and be fast, simple, and safe about it, is greatly beneficial.

Celer has its own native cryptocurrency, CELR, which is an ERC-20 standard token created on the Ethereum blockchain, and it is used for managing the network’s economy. It is used for paying omission fees, staking, providing liquidity, and for Liquidity Banking Auction, where it increases the priority of apps for liquidity support.

To learn more about this token visit our How to buy Celer Network guide.

Ethereum’s network has been around for nearly seven years now, and during that time, it has given birth to plenty of excellent projects. While many have left its network since to launch their own blockchains, there are many that still remain, and the five projects listed above are among the biggest and most popular ERC-20 projects right now. If you are looking to invest in some Ethereum-based altcoins, then these are certainly worth keeping an eye on.

Metaversal Announces $50 Million Series A Round