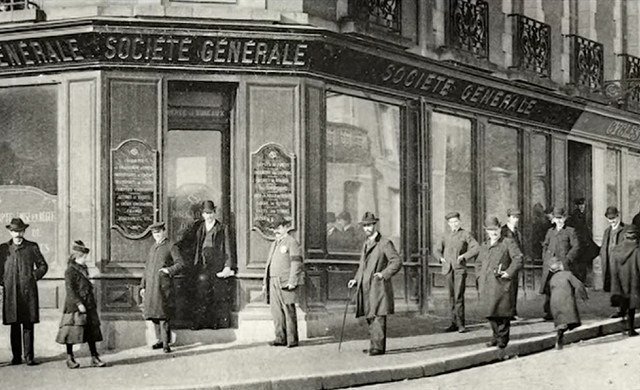 In a recent announcement, Societe Generale SFH, spoke on their successful issuance of $100 million EUR worth of a covered bond. This issuance appears to have been a pilot of sorts, as the security token – known as OFH – was issued by Societe Generale to themselves.

What is noteworthy about this announcement, is that this bond was issued as a security token on the Ethereum blockchain; A positive sign for the blockchain, as some wonder if newcomers may supplant Ethereum as the go-to network of choice for events such as this.

Societe General touched on the benefits that blockchain and DLT bring to the table. The following is a brief excerpt from their statement, discussing these perks.

‘This live transaction explores a more efficient process for bond issuances. Many areas of added value are predicted, among which, product scalability and reduced time to market, computer code automation structuring, thus better transparency, fast transferability and settlement. It proposes a new standard for issuance and secondary market bond trading and reduces cost and the number of intermediaries.’

Societe Generale was founded before the idea of the internet was even close to being formed – in the year 1864. This European bank has established themselves, expanding to employ over 145,000, and provide services to over 65 countries. This workforce serves over 30 million regular clients.

For a company to remain prominent over such a long period of time, it should come as no surprise that they are forward thinking. What will allow them to remain for another 150 years? With this in mind, Societe Generale took the time in their press release to indicate that the event discussed here today is not their first venture into the world of blockchain. They had the following to say,

‘In the field of blockchain and Distributed Ledger technologies, Societe General has been involved for several years in numerous initiatives, such as we.trade, the first blockchain-based trade finance platform now available to all its corporate clients in France, or the launch of kongo SA to digitalise the trade and commodities finance sector through a blockchain based open platform.’

At the time of writing, Ethereum is the world’s second largest blockchain. Developed by a team consisting primarily of Canadians, Ethereum is a proof-of-work network, which allows for the implementation of smart contracts.

The versatility and level of adoption seen by Ethereum has led this project to become the most commonly used foundation for developing security token protocols.

While the events discussed above are a promising sign for the industry at large, this is not the first event involving big banks in recent months. Below are a couple of articles detailing big banks and their recent endeavours involving the world of blockchain and distributed ledger technologies.