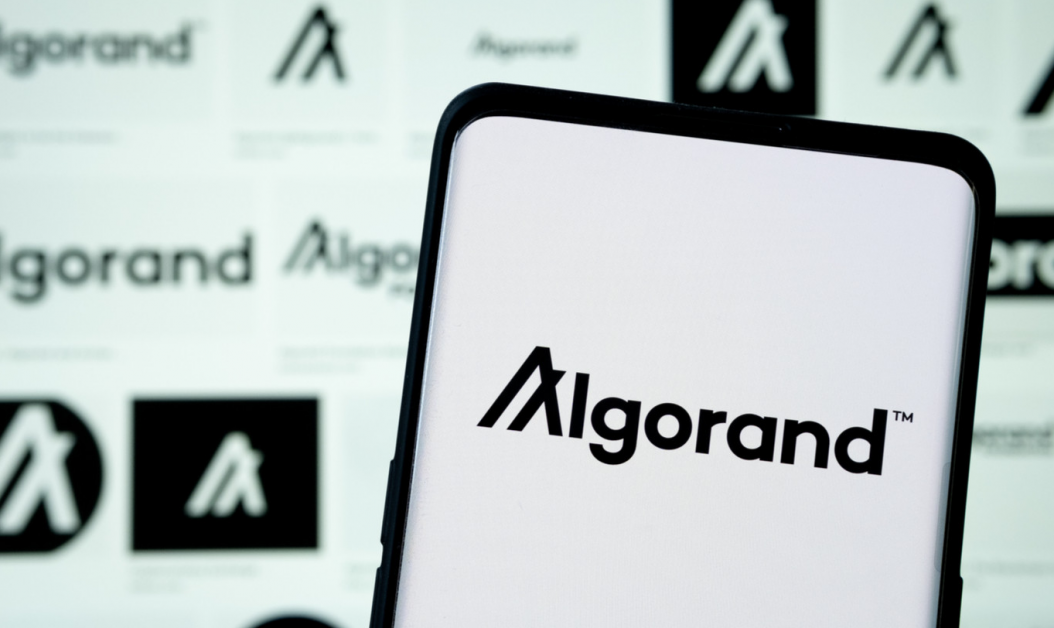 Following the conclusion of governance period 3, the Algorand Foundation reported that 52.8% of the blockchain’s native token (ALGO) had been committed as a voting stake as of Jun. 30. The Foundation’s researchers also noted, in the review blog post published in July that there was improved participation. 10% of the governors exited staking, which equally meant that the governance quarterly yield declined to 1.99% in the third governance period from 4.1% in the first one.

Last week, the Foundation’s market analytics and research team published the review report for the fourth governance period, and several network metrics provide a reason for optimism. Decentralized governance as a percentage of the circulating supply grew to 53.5%, with at least 3.7 billion ALGO staked in this period.

Algorand Foundation’s chief economist Massimo Morini summed up that two measures were proposed across the fourth governance period, which ended on Sep. 30, and both were passed. This was in contrast to the picture in the third governance period, where there was pushback from some in the community to one of the two proposals.

Measures advanced in the just-ended governance period (Jun. 30 – Sept.30) entailed active staking, specifically better proposals around the same – the first measure advocated higher rewards for governors, and the second introduced an option to allow ALGO liquidity providers in DEX platforms to commit LP tokens as governance stake. The first proposal was passed by 66.27%, and the second with an even higher 92.16% majority.

Across all categories, most of the ALGO stakers, including fish wallets (54%), dolphin wallets (63%), and whale wallets (65%), voted for the first measure. The second measure was assented to by 71% of fish wallets, 73% of dolphin wallets, and 94% of whale wallets. Though it picked up strongly around halfway through the governance period, whose end of commitment was Jul. 14, support for Vote A outdid that for the negating option in measure 1. For the second one, there was consistent support for the measure all through.

Algorand (ALGO) is among the altcoins that have registered the heaviest downturns in the market thus far this year. Market data shows that the price of ALGO has plunged by 81.50% since the start of the year from $1.66 to $0.323 at the time of writing. For context, Bitcoin (BTC) and Ethereum (ETH) have retraced by 60% and 65% during the same period, while Cardano (ADA) and Polygon (MATIC) have dumped 73.25% and 68.75%, respectively. 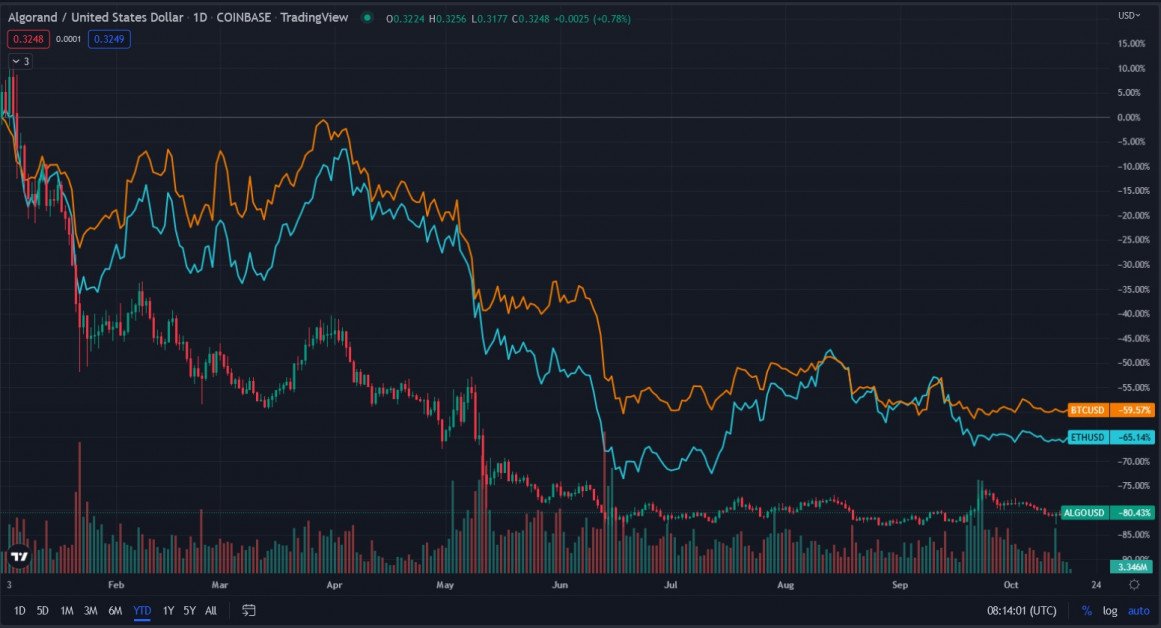 This drawn-out decline attributable to a waning demand is better reflected in the ALGO/USD 1Y chart, which shows that the token has failed to breach $0.45 for five months. The pair last traded above $0.42 at the end of May, with the latest northward price action observed three weeks ago faltering marginally below this mark. ALGO dipped below the support line at $0.32 at the start of last week before slipping further lower towards $0.27 in last Thursday’s brief market-wide slump.

Though the ALGO/USD pair recovered from the three-week low of $0.28 printed on Oct. 13, the token traded in the red for the better part of the weekend. In the last 24 hours, ALGO price has remained fairly unchanged in line with the wider market price movement.

To learn more, check out our Investing in Algorand guide.