Connect with us
Top Industry Events 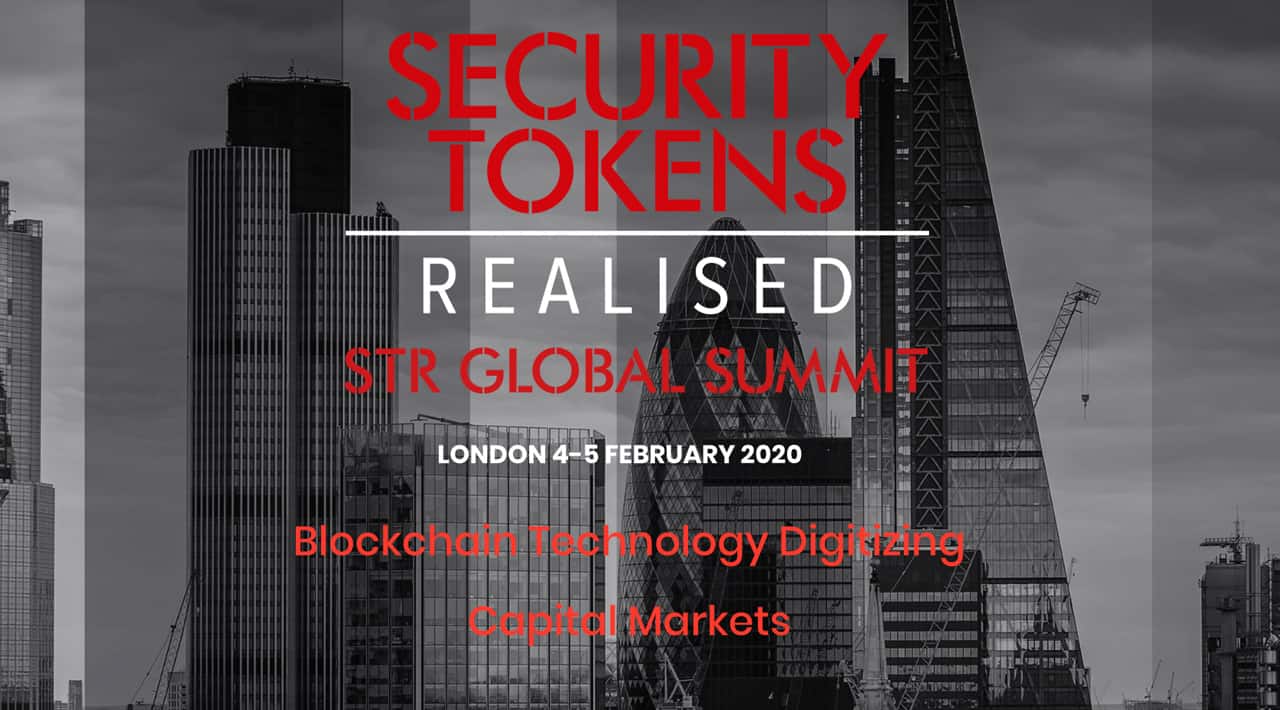 We recently had the opportunity to attend Security Tokens Realised, a digital securities conference held in London, England, on February 4th and 5th, 2020.

This conference featured a different cast of characters. Gone are the cryptocurrency nerds, hustlers, and ICO pitches. While there were a few token issuers such as Archax and Tokeny, most of the audience featured traditional bankers, and venture capitalists.

The overarching audience question during the conference was: can digital securities disrupt the current status quo?

It was apparent that institutional interest has increased exponentially since last year’s event. Notably present were major banks, and attending was Stéphane Malrait, the Managing Director and Global Head of market structure and innovation for Financial Markets at ING Bank. Stéphane states that ING is embracing new technologies which can enhance existing business flow, he aims to have ING disrupt itself before start-ups do.  ING is testing various “proof of concept” models as they realize they cannot disrupt by themselves without the assistance of fintech companies. The primary goals is to reduce costs and assist with educating regulators. Also attending from the Netherlands division of ING was Martijn van Eck, Initiative Lead Digital Assets for ING. Martijn stated that ING is serious about crypto as they want to stay relevant.

Speaking from the banking side was Jacek Wieclawski, head of Global Markets Innovation at Rabobank. He discussed the many initiatives of Rabobank: 1. How to serve clients that are looking for cost-efficient access to capital and liquidity; 2. How can digital assets be served to these clients; and 3. How can digital assets contribute to a new revenue stream. These are the same types of initiatives as other banks are tackling.

Stealing the show on the venture fund side was Matthew Le Merle the co-founder and Managing Partner of Fifth Era and of Keiretsu Capital. He believes that eventually all major governments will issue digital money, and that most banks are working on offering access to crypto assets and custody. He believes that digital securities will be, first and foremost, about improving efficiency and potential profits. The disappointing part of his presentation was that Fifth Era and Keiretsu Capital still invest exclusively for equity versus tokens.

This leads to the frustrating part of the conference; we are still early stage and not seeing many STOs. The notable lack of STOs was felt but the strong presence of bankers and VC funds was a huge indicator that the industry is maturing.

One company that stood out was Blockpass, which offers KYC and AML solutions to market participants. They offer an out of the box solution with a KYC ID that follows clients. This means that a client does not need to perform KYC with each bank or STO issuer, instead the investor presents his sharable identity to each financial institution. Instead of having to resubmit documents to each institution, the client only needs to update his account every 3 months with an updated proof of address statement. The on-boarding would be via mobile app.

The current industry problem discussed by most participants was the lack of liquidity, but there was new confidence that this liquidity would eventually follow investment opportunities once they were more frequent.

The institutional interest that was shown is the biggest change that I have seen in the industry. The fact that major banks are sending representatives to a security tokens specific conference is a game-changer. Security Tokens Realised is by far the most digital securities specific event that we have attended, and these events should be on your radar if you are interested in the future of this space.