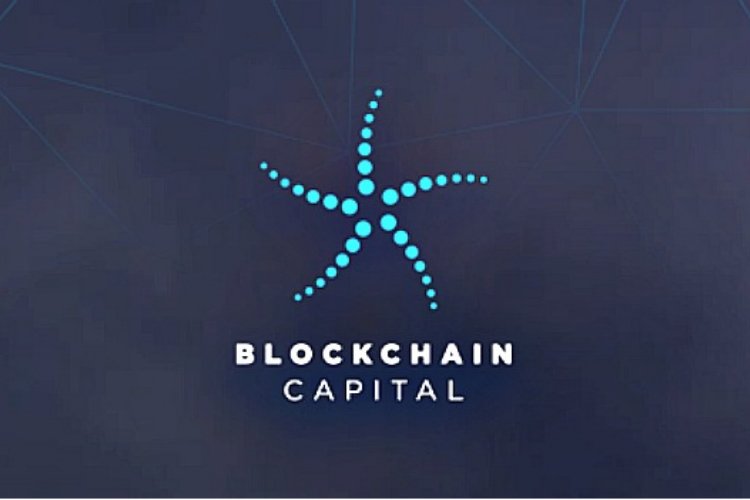 Blockchain Capital launched the first security token back in April 2017, this was to be the first tokenized venture fund. This STO event raised $10M USD with each token selling for $1.00.

On January 1st, 2023 they announced that the net asset value (“NAV”) of each BCAP token as of  December 31th, 2022, is $18.00, based on the NAV of the underlying venture capital fund, Blockchain Capital III Digital Liquid Venture Fund, LP.

The BCAP NAV finished down 3.5% for the fourth quarter of 2022. The Q4 decrease reason was not given, but it is assumed to be driven by fears of inflation and the Q4, 2022 downturn in the cryptocurrency market.

There are two companies in this equity portfolio that are worth noting. The first is Kraken, a highly regulated cryptocurrency exchange that could benefit from additional regulatory oversight on exchanges, and who may be happy to poach previous clients of the collapsed FTX exchange. Since Kraken is not publicly traded yet, the potential upside is higher than Coinbase an exchange that also stands to benefit from the FTX fiasco.

The most valuable future company in the portfolio might be Securitize. They are currently over due for a series C, after raising $48 Million in a Series B in June 2021. Securitize is the market leader in the emerging digital securities space, in fact Securitize is the wallet and portal that is used for BCAP investors. 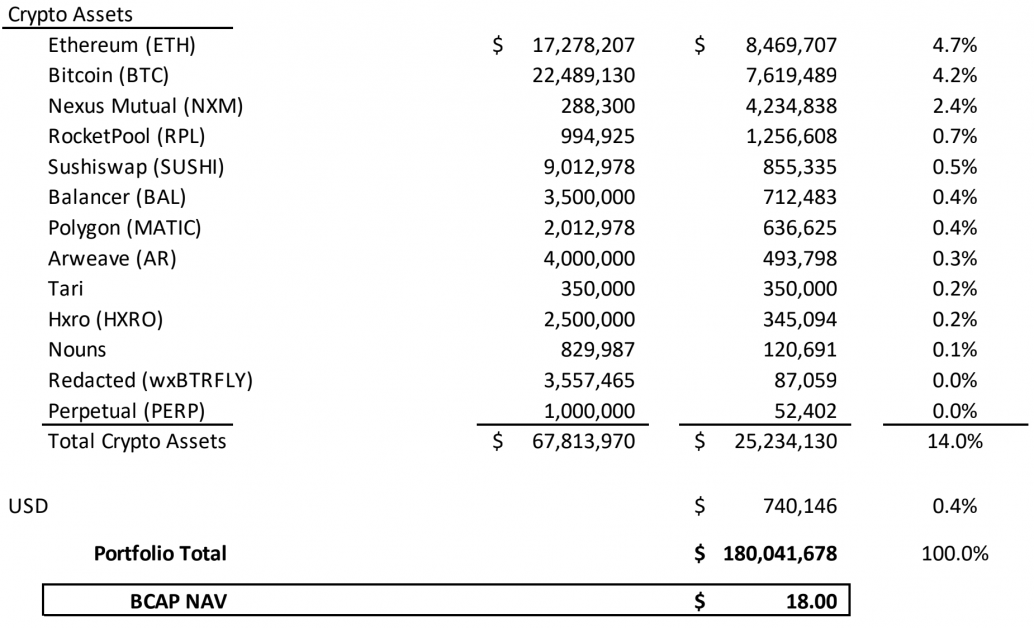 When reviewing crypto assets in the portfolio, the token RocketPool (RPL) could be the next unicorn, this token has more than doubled in value in January, 2022, and has recently emerged as a top 100 market cap token. This recent price surge will benefit investors in Q1, 2022.

Blockchain Capital was founded in 2013 with the mission of helping entrepreneurs build world-class companies and projects based on blockchain technology – providing founders with the tools they need to succeed: capital, domain expertise, partnerships, recruiting and strategy.

Blockchain Capital is one of the earliest and most active venture investors in the blockchain industry and has financed 100+ companies and projects since its inception. The company invests in both equity and crypto assets and is a multi-stage investor. Blockchain Capital also pioneered the world’s first ever tokenized investment fund and by extension the blockchain industry’s very first security token, the BCAP, which the company sold through a security token offering in April of 2017.