Learning the differences between Ripple (XRP) and Dogecoin (DOGE) is a vital step toward becoming more informed about the crypto market. Both of these projects have been around for years, have large followings, and are listed on most major exchanges.   Read on to learn what makes these projects miles apart in terms of their purpose and niche markets.

The first thing to understand when discussing Ripple is that it is not the cryptocurrency XRP. Ripple Labs is the firm that developed the XRP cryptocurrency. XRP functions on the RippleNet which is the global payments network used for currency exchange, remittance, and gross settlement.

Ripple is one of the best-known projects in the market. The protocol was unique when it entered the market because it went against the common thinking of crypto programmers at the time. Ripple wasn’t trying to create an alternative financial system. It was built to help banks facilitate cross-border transactions in a frictionless manner. 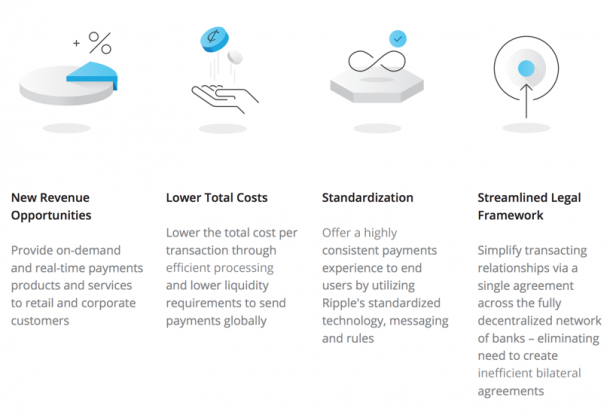 This focus on the traditional financial sector helped Ripple quickly gain strategic partnerships with some of the largest names in the industry. The digital assets payment system works with Santander, Axis Bank, Yes Bank, Westpac, Union Credit, NBAD, UBS, and many more.

Dogecoin represents what happens when you make a joke so good that it takes on a life of its own. Dogecoin was developed by Billy Markus and Jackson Palmer – a pair wanting to create a coin that was similar to Bitcoin, but was made to make fun of the seriousness of the original cryptocurrencies.

The project began with the developer taking Bitcoin’s coding and swapping every instance of Bitcoin with Dogecoin. They then made some other alterations such as renaming miners as Diggers. From there, they made some technical changes such as altering the consensus mechanism.

The token launched on December 6, 2013, and was a major hit. The protocol used a beloved meme of a Shiba Inu as its logo as part of the elaborate joke. The joke would have resounding effects on the market as it ushered in the age of meme coins.

What Problems was Ripple Built to Alleviate?

Ripple was designed to help banks send money globally. Sending fiat currency internationally is a slow, cumbersome process that is costly. The average international transaction has around 36 different third parties that must review and approve them.

These steps include payment processors, banks, vendors, regulators, and the list goes on. The process delays transactions and worst of all, each step adds to the overall cost. Today, it’s normal for international money transferrers to pay nearly 7% just by sending their money digitally. While this fee is high for individuals, banks are unable to forfeit that much funding to the system.

Ripple improves the system and payment settlement using its network. The system has an average transaction time of 4 seconds and costs less than Bitcoin to transact on. The protocol provides low commission currency exchange which enables a more seamless international economy.

Dogecoin was designed to make you laugh. The coin began as a joke between Redditors and has grown to become a major crypto project that has done actual good. The network has sponsored many humanitarian efforts including a clean water initiative in Kenya, and an autistic children’s puppy program. The protocol has even sponsored the Jamaican bobsled team. 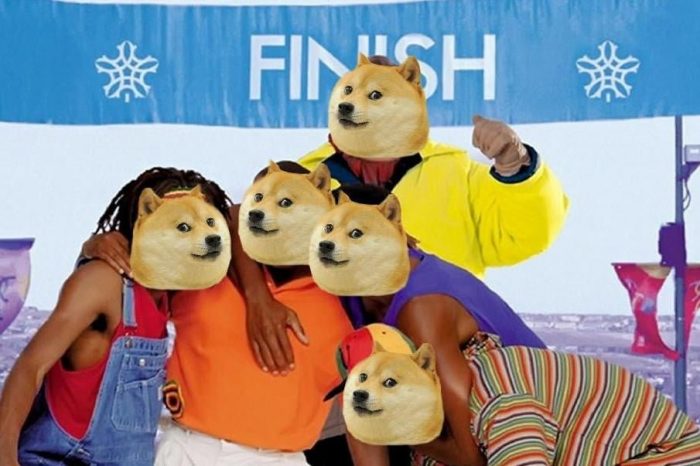 Today, Dogecoin is used as it was intended as an electronic payment system. The protocol has also seen support from various celebrities. For example, Snoop Dogg has tweeted in support of the project, while one of the world’s richest men, Elon Musk, has endorsed the project, tweeting that he is the “Dogefather.”

How Does Ripple Work?

The RippleNet includes over 100 banks at this time and has some strategic partnerships with remittance firms as well. These groups can send values using the system in seconds. This strategy has already saved these firms millions in fees and delays. The system improves efficiency and security while lower costs making it a win-win for participants.

Dogecoin operates like Bitcoin in that it utilizes a PoW consensus mechanism. On Dogecoin however, diggers compete to secure the network. The system has all diggers validate the chain with one receiving a reward randomly. This approach is great because it improves security as more diggers join.

Dogecoin users can send their DOGE across the globe using the network. The token serves its purpose as a light-hearted cryptocurrency and it has helped to drive large-scale crypto adoption up due to its high-profile supporters. There has been a push by the Dogecoin community to add more functionality and usability to the coin which could improve its value further.

One of the cool aspects of Dogecoin is that it uses Scrypt consensus mechanics. The decision to do so was made to prevent mining centralization, as was common on Bitcoin at the time. The decision meant that miners couldn’t use ASIC mining rigs on the Dogecoin blockchain, helping to keep the network decentralized longer.

How to Buy Ripple (XRP) and Dogecoin (DOGE)

Currently, Ripple (XRP) and Dogecoin (DOGE) are each available for purchase on the following exchanges.

Binance – Best for Australia, Canada, Singapore, UK and most of the world. USA residents are prohibited from buying Ripple (XRP) and Dogecoin (DOGE). Use Discount Code: EE59L0QP for 10% cashback off all trading fees.

Ripple Vs. Dogecoin- Alternate ends of the Spectrum

When you examine Ripple (XRP) vs Dogecoin (DOGE), it’s easy to see that these projects are geared toward different audiences. They may trade on many of the same exchanges, but XRP was designed to serve the banking community, whereas, Dogecoin was created to make you smile. It doesn’t get much further from each other in terms of purpose.

Ripple Vs. Stellar – What’s the Difference?