Connect with us
Top Biotech Stocks 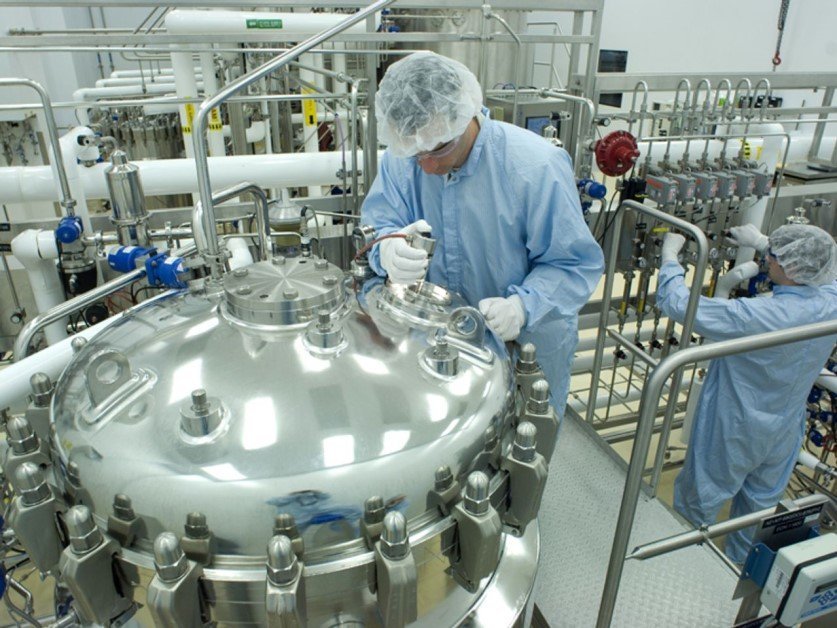 Regeneron Pharmaceuticals (NASDAQ: REGN) is a pharmaceutical company headquartered in New York. With over three decades of experience, the company has been able to use its research and development capabilities to rapidly bring drugs to market that have changed the lives of countless individuals. Innovations developed by the company have streamlined the drug development timeline, leading to cost efficiencies and lowering the costs of bringing drugs to market. The company continues to be active on the research and development front, keeping an eye out for the latest scientific innovations and looking at ways of leveraging them for long term growth.

What is Regeneron Pharmaceuticals (REGN)?

Founded in 1988, the original focus of Regeneron’s pharmaceutical research was on the regeneration of brain neurons to treat patients with Huntington disease, Alzheimer disease and Parkinson disease. Four years after establishment, their first drug began clinical trials. While the original drug did not pass these trials, Regeneron has since expanded their research focus to a number of other areas. After two decades of trial and error, the company’s first drug ARCALYST entered the market in the early 2000s. The company now employs close to 9,000 people worldwide and has eight FDA approved treatments on the market today. Their portfolio covers a wide range of medicines, covering allergic and inflammatory diseases, cancer, cardiovascular and metabolic diseases, neuromuscular diseases, infectious diseases and rare diseases.

Co-founder George D. Yancopoulos is a scientist by training and was listed as the primary researcher for 6 of the 8 approved drugs Regeneron has brought to market. Despite his roles as President and Chief Scientific Officer, Yancopoulos remains highly involved in the research and development side of the company. Through his continued work, Yancopoulos became the 11th most cited scientist in the 1990s, and many of the methods and techniques used in pharmaceutical research today is a direct result of his research.

Why does Regeneron Pharmaceuticals (REGN) Matter?

Regeneron’s research and development lifecycle greatly benefit from the ‘Velocisuite’ technology developed by the company in 2003. Through the use of this suite of tools, innovative and accurate results during all phases of the drug trial process are made possible. This suite of technology began being developed in 2003 and includes VeolciGene, VeolciMouse, and VeolciHum.Together, this suite of tools allows for rapid manipulation and replication of the genetic material of lab mice. By doing so, different genetic disorders can be reproduced in mass, allowing for fully-human antibodies to be produced in mice. These factors are highly beneficial for drug testing, allowing for an extremely accurate result that mirrors the impact of therapeutics in humans. The development of mice with genetic compositions similar to humans allowed the company to shave months off of the drug development timeline.

More recently, the company received significant attention for its development of a COVID-19 treatment. Using Velocisuite and other technology, Regeneron was given $450 million by the Department of Health and Human Services to develop an antibody treatment for the virus as part of the US government’s Operation Warp Speed. The treatment, known as REGN-COV2, was given emergency use authorization by the FDA. Regeneron received significant media attention when it was reported that REGN-COV2 was given to President Donald Trump when he was undergoing treatment for his COVID-19 diagnosis. The treatment is very similar to the one developed by the company during the Ebola pandemic. A similar cocktail of drugs given to Ebola patients has led to a nearly 90% survival rate if given during the early days of infection.

The company has several drugs at different phases of the FDA trial process. In total, there are 31 drugs produced in-house by Regeneron that are currently in either Stage 1, 2, or 3 of clinical trials. These trials include 8,400 patients in over 53 countries. While it is impossible to predict which are going to be approved, the in-house research capabilities of the company have a solid track record of creating products that make it to market. The company reinvests an impressive 30% of annual revenues back into research and development. This share of revenue is in line with industry giants such as Pfizer and signals a serious commitment to continual growth through the diversification of product offerings With this foresight, the company is consistently ahead of the curve and has the ability to bring more and more products to market.

Regeneron’s approach to drug development is unique and has many benefits. Perhaps most important to their approach is the Regeneron Genetics Center, which opened in 2013 and has already sequenced the genomes of over 1 million people. This work has made Regeneron the holder of one of the largest genetic databases in the world. Through research studies and consenting volunteers, Regeneron collects genetic information, anonymizes it, and then uses their analytical software to look at the genetic traits. Once the data has been analyzed, the company can then use these genetic sequences in their drug research. Understanding the importance genetic sequencing will have in the future of drug testing and development, Regeneron has also been collaborating with major drugmakers such as Pfizer and AstraZeneca to fund global research initiatives aimed at speeding up and improving genetic sequencing technology. The goal of this collaboration is to create efficiencies in research, leading to more advancements in drug development and discovery, and ultimately, improved human health.

Regeneron is a pharmaceutical company that has made a firm commitment to investing in research and development. Through this commitment, they have produced a number of approaches and methods that are unique in the industry. These developments have allowed for a steady pipeline of therapeutic drugs to reach the market. With their continued focus on genetic sequencing as an approach to drug development, improvements in technology over time will only further cement their place as one of the most innovative companies in the pharmaceutical industry.