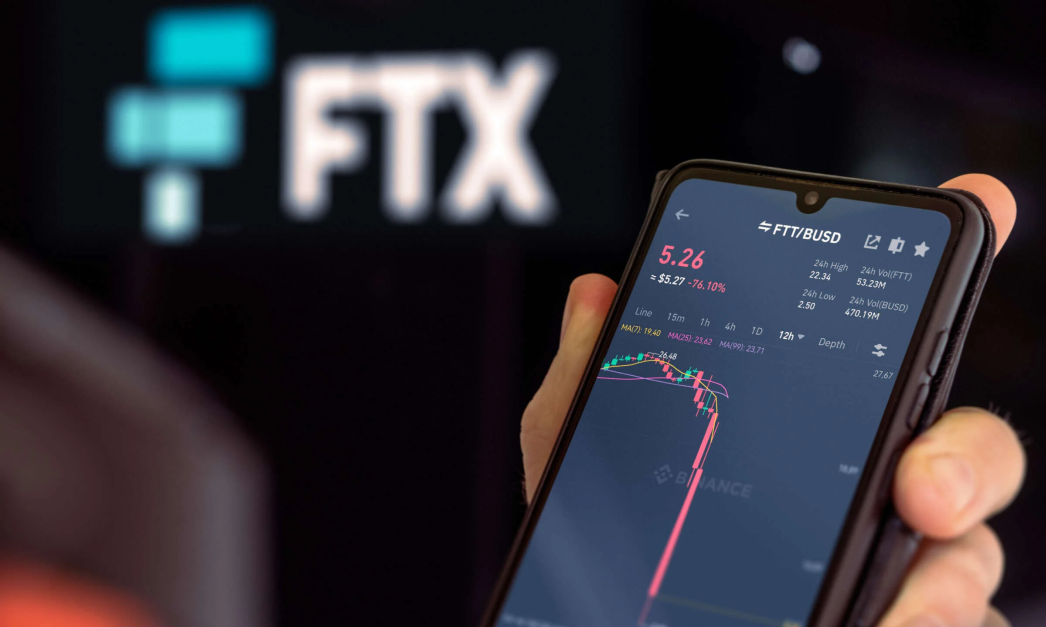 The collapse of FTX, until recently the second-largest crypto exchange in the world, is one of the most dramatic events ever to have happened to the nascent crypto industry. The material losses and financial contagion from this event have devastated many market participants. But given the public image of FTX as a good-faith actor and mature market player, the loss of trust will perhaps be even more devastating. Let’s dig deeper into these momentous events.

Who Are The Main Entities Involved?

Before we explain the mechanisms that caused the drawdown, let’s identify the main entities that played the key role in the events that transpired over the past week. These key market players are:

What Caused This Drawdown?

The immediate reason for the market crash is the downfall of FTX, the second-largest cryptocurrency exchange in the world. Beginning last week, FTX has faced a barrage of allegations calling into question its credibility and its financial health. The allegations revolved around opaque business practices, misuse of customer funds, and conflict of interest in relation to financial dealings with its main market maker, Alameda Research.

The controversy started two weeks ago when Coindesk, a prominent industry news outlet, ran a story which revealed the details of Alameda’s balance sheet. The document reportedly shows that the single biggest asset the company owned was FTT – a token issued by FTX. Additionally, Alameda also used FTT as collateral for loans amounting to more than $2 billion.

These details were seen as problematic because they suggested that a) FTX artificially inflated Alameda’s worth and finances, and b) FTX may have loaned some of its customers’ funds to Alameda which used FTT as collateral for these loans. The full explanation of how this circular relationship may have worked is beyond the scope of this communication. In simple terms, the situation could be likened to a bank lending large amounts of money against its own stock. if you would like to learn how it (likely) worked in detail, this article provides a more in-depth analysis.

In any case, the revelations prompted Chengpeng Zhao, the CEO of Binance, to announce his company would sell its FTT tokens “due to recent revelations.” (Binance was one of FTX’s early investors but last year, Mr Zhao sold his stake in the exchange back to its CEO, Sam Bankman-Fried, who paid for it partially with FTT tokens).

In response, FTT’s price plummeted and users rushed to pull out of FTX, fearful that it would be yet another fallen crypto company. Because FTX – in cooperation with Alameda – operated more like an investment bank or a securities broker-dealer than a traditional exchange, the large number of withdrawals (an estimated $6 billion over three days) caused a de facto bank run.

Having run out of money, FTX simply stopped processing withdrawal requests but the company still faced a severe liquidity crunch that brought it to the brink of bankruptcy. To avoid this scenario and calm the markets, Sam Bankman-Fried called Mr Zhao and asked Binance to bail FTX out.

Binance initially agreed and the two companies signed a Letter of Intent – which caused a temporary rally in the markets you may have noticed on Monday. In the meantime, however, the media started reporting that FTX was being investigated by multiple financial regulators in the US (including the SEC, the CFTC, and the Department of Justice) over allegations of misuse of customer funds.

Following due diligence on FTX’s financials, Binance pulled out of the deal and the markets tanked. Bitcoin broke below its current market cycle low of $17.6K and traded for as little as $15.7K. Some prominent cryptocurrencies like Solana lost 50% in a matter of a few days. Overall, Bitcoin tumbled 22%, recording its worst 7-day period since June when the markets were brought down by the collapse of Luna. While Bitcoin’s price has stabilised at the $16.5-$16.7 range, we may see more selling pressure in the days to come as the full extent of the damage to the markets and the crypto industry is revealed.

What’s Next for Cryptocurrency Markets?

The so-called FUD (Fear, Uncertainty, and Doubt) has once again taken over the mind of every market participant, creating panic across the whole industry. Investors are rushing to sell their positions and exit the market, creating great opportunities for the long term. Historically, such circumstances have usually signalled the bottom. However, since FTX was one of the biggest, most successful, and most reputable exchanges in the industry, the panic may endure slightly longer.

While FTX was an important market player, it was by no means essential to the development, proliferation, and adoption of digital assets in the long term. Neither was it in any way central to the core ideals of the cryptocurrency space as a whole. In fact, its conduct showed that it was actively opposed to these ideals which include transparency and accountability.

We feel for all those affected by the FTX bankruptcy. Yet, we stay confident that the industry as a whole will learn and grow from this experience and continue on its path to building a more efficient, transparent, and equitable financial system.

Bitcoin dropped to $15,500 in the previous week, following the FTX collapse, and closed the week slightly above $16,000 – an area of demand created back in the 2017 cycle. For the first time in 2022, Bitcoin adopted an uncorrelated relationship with other risk-on assets (Nasdaq, S&P 500, etc.) and correlated with USD. The reason is the FTX scandal, as explained above. Otherwise, Bitcoin would have risen along with the indices in the last couple of days.

Summary: Trading on the Resistance

Nasdaq witnessed the greenest week of the year by recording an almost 10% rise. It rose from 10,800 to 11,800 in a single week and is now trading slightly above 12,000 and on the 21 daily EMA. Nasdaq’s future trajectory is highly dependent on the US dollar. As the USD is approaching support and Nasdaq is trading at its resistance level, the tables look ready to turn once again.

Summary: At the Key Support Level

The US dollar dropped below 109 in the prior week and saw a swift drop to 106. This helped all the risk-on assets (except cryptocurrencies) to post some good returns but the party seems to be over as the USD touched its support area today and looks to be holding it. If the support of 105 holds, risk-on assets will be taking a hit again. On the other hand, if it loses 105, then more green weeks are on the horizon for risk-on assets and with the FTX issue slowly fading away, cryptocurrencies will benefit from this as well.

Why the Defi Trend Is Still Undervalued

Mikkel Morch is the Chairman at ARK36, a modern investment fund that specializes in trading the most interesting asset class available on the market.