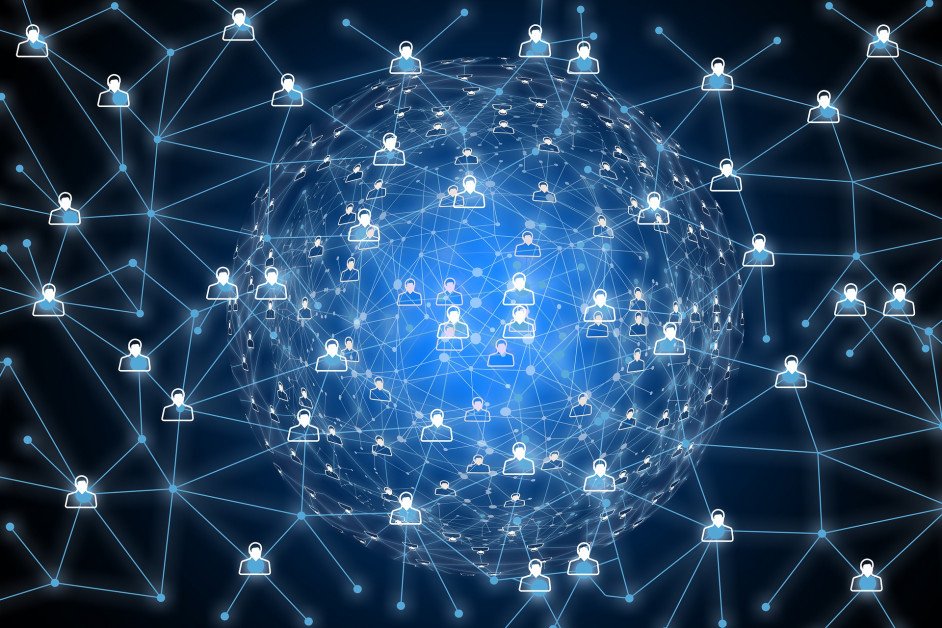 As we approach ‘the merge’, a hearty amount of volatility has remained within the digital asset sector.  News of crypto-trading coming to Fidelity, MicroStrategy gearing up to buy more BTC, etc. allowed for Bitcoin to run up its price, only to be pulled right back down with inflation acting as an anchor.  Amidst all this activity, what have the worlds largest exchanges been up to over this period?  The following is a brief look at updates to come from some of the worlds largest digital asset exchanges over the past week.

Cryptocurrencies once represented one of the few remaining glimmers of hope for regaining financial privacy.  For a period this was a highly desirable trait, intentionally built in to many projects like zCash, Monero, Dash, and more.  Unfortunately, regulatory requirements continue to require service providers to cease offering such assets – the latest of which is Huobi Global.

In a recent communication, Huobi Global states that is has, “…terminated the trading service” of the following tokens.

As exchanges around the world continue their onslaught against privacy coins, users of such assets will increasingly be forced to rely upon hack-prone decentralized exchanges instead.  As DEX’s mature, the dangers associated with using them should diminish.  However, for the time being many are now forced to choose between privacy or security.

In a somewhat controversial move, Binance has recently made the decision to introduce what it calls an ‘auto-conversion’ service for its users carrying balances of various stablecoins.  This decision, which was made under the guise to “enhance liquidity and capital-efficiency for users”, will see any balances and deposits of rival stablecoins automatically converted to BUSD.

Stablecoins to be affected by this decision include,

While combining order books of each stablecoin, and converting to BUSD may at first glance seem like a blow to rival assets, Jeremy Allaire, CEO of USDC issuer Circle, has taken a different perspective. 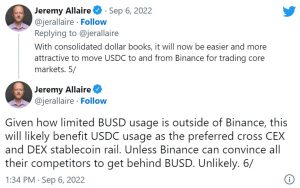 It should be noted that users and still deposit and withdraw affected stablecoins – the assets are simply converted to BUSD while residing in Binance’s possession.

When it was announced that India’s Enforcement Directorate (ED) had frozen bank accounts held by the popular WazirX, many were worried that the exchange’s days were numbered.  Thankfully this was not the case, as WazirX has just announced that the ED has now unfrozen said accounts.

“Due to the active cooperation extended by WazirX and active Anti-money laundering (AML) checks that led to the blocking of suspicious accounts, ED has unfrozen the bank accounts of WazirX. WazirX is now in a position to continue its banking operations as usual.”

The exchange also clarified that its accounts were originally frozen due not to its own actions, but 16 various FinTech companies which used the exchange at some point in time.

Recently, WazirX also made headlines when confusion arose regarding who actually owns and operates the exchange – something noted to be a joint process between Zanmai Labs and Binance.

Leading up to the release of the most recent consumer price index (CPI) report, expectations were high as many anticipated inflation numbers in the United States to begin falling.  Unfortunately for many, this was not the case, with the rate of inflation coming in at 8.3%.

This resulted in a flurry of activity across the digital asset market, as many assets shed their gains achieved in the days prior.  This activity also took its toll on exchange giant, FTX.

In the hour after the CPI report, FTX is believed to have processed its share of over $110M worth of liquidations across the market – resulting in platform disruptions as FTX suffered from apparent gremlins in its code. 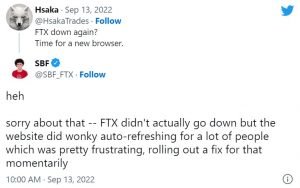 FTX CEO, Sam Bankman-Fried, clarified that there was indeed a platform glitch that resulted in its users being affected.  While he states that the platform did not technically crash, it suffered from an “auto-refreshing” issue, which many report prevented them from making trades at all.