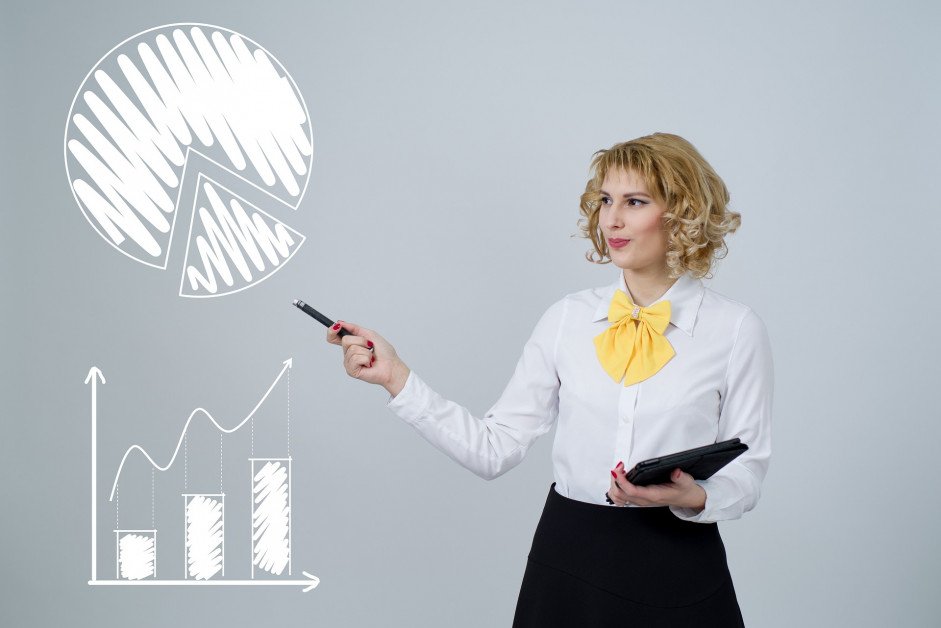 While it is typically digital assets like Bitcoin and Ethereum which dominate newsfeeds, there remain niche subsets of the market which boast huge potential.  One example of this are digital securities.  Where most tokens tout themselves as commodities (often in a misguided attempt to avoid regulatory oversight) these assets are clear in their purpose – to function as digital representations of actual securities, imbuing the same rights as a traditional security unto their holders.

The following are a few developments from recent days which pertain to digital securities.

When Polymath announced its ‘Polymesh’ blockchain, purpose built for servicing digital securities, hopes were high.  Now, with the network live and stable its native token ‘POLYX’ is being listed on exchanges, and companies are coming on board as node operators.  Most recently however, Polymath has announced the launch of a new ‘Ecosystem Development Fund (EDF)’.

This fund by Polymath is comprised of $10M earmarked specifically for distribution of “…grants to projects determined of value to the Polymesh ecosystem.”  The goal of which is to,

Polymesh Head of Tokenization, Graeme Moore, elaborated on what this means. “The Ecosystem Development Fund delivers two benefits to service providers. Successful applicants not only receive funding but they can also attract clients by adding a Polymesh integration to their roadmap…We encourage any company providing security token products and services to apply and we welcome them to our rapidly growing ecosystem.”

Looking forward, the rest of 2022 is scheduled to be a busy year for Polymesh.  Not only does the team expect to bring support for the tokenization of NFT baskets, it intends on integrating Mediated, Encrypted, Reversible, Secure Asset Transfers – also known as ‘MERCAT’.  This protocol will facilitate private transactions on the Polymesh network

Digital securities have the potential to introduce levels of efficiency, transparency, and accessibility to investing not seen before.  As such, we are now seeing governments mull over the use of such assets through the introduction of exploratory legislation.  This was most recently on display in Colorado, where a new Bill was just passed.

This Bill outlines a new study to be completed by the state treasurer of Colorado with the following goals in mind.

First introduced on January 12, 2022, the bill was officially signed on June 8th, 2022.  It is expected that the feasibility study be completed by March 1st, 2023.  The Prime Sponsor behind this Bill is Senator Chris Hansen.

While Colorado mulls over the feasibility of digital securities, a trio of companies is working to help ‘Success Plus Global Limited’ host a capital raise of tokenized debt, beginning on June 9th, 2022.  The event will see the sale and distribution of ‘Rich Glory Coin (RGC)’ – a digital security – alongside a more conventional note offering. 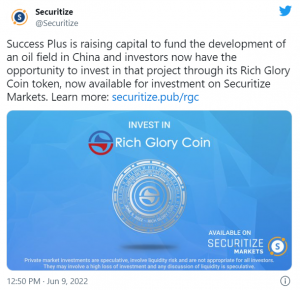 The three companies which have made this offering possible include,

The purpose of this investment opportunity is a simple one – “…fund operations necessary to expand the Dagang Oil Field in the Kongnan Block to increase the oil production capacity and for other general corporate purposes.”

RGC tokens are described as a tokenized secured debt which boast various perks, including, but not limited to,

As this event involves the sale of digital securities, various restrictions apply with regards to eligibility – meaning U.S. based individuals must be accredited investors.  Those that qualify can gain access to RGC tokens through Securitize and its primary market platform.