There are multiple ways that you can benefit from learning the difference between Cosmos (ATOM) and Chainlink (LINK). Both of these networks seek to improve the entirety of the sector, albeit through different means. Cosmos drives interoperability within the blockchain sector whereas, Chainlink focuses on helping blockchains to communicate data between networks and off-chain sources.

Cosmos is a distributed network designed by and for developers. The system is scalable and includes support for the latest Defi features. According to its developers, Cosmos seeks to become the ‘blockchain of blockchains’. The protocol includes various options to improve Dapp development such as a fully customizable stack. 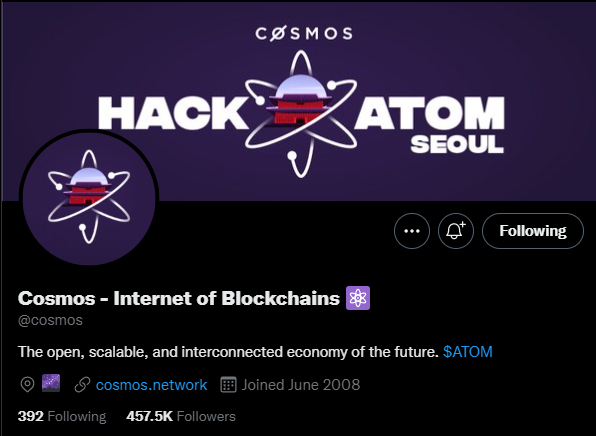 The goal of the project is to streamline the creation of blockchains and improve inter-network communication. The platform wants to make Dapps more interconnected as part of its unique approach. Today, Cosmos is one of the best-known names in the market with +262 Dapps in operations and $69 billion in digital assets under management.

Chainlink entered the market as SmartContract.com before adopting its current name. The protocol differs from Cosmos and other blockchains in that it’s a distributed network of sensors called oracles. Oracles are a crucial component of today’s blockchain ecosystem, as they enable different networks to communicate data to and from offline sources.

Chainlink raised an eyebrow with a record-setting ICO (Initial Coin Offer). The developers secured $32 million during the event which managed to catapult the network into the limelight. From there, Chainlink continued to expand and establish partnerships with some of the biggest names in tech – including Google.

The compartmentalized nature of the sector has led to developers doing extra work creating functions that already exist on other networks. Cosmos enables dapp developers to leverage the best aspects of each blockchain ecosystem to create more helpful applications. This strategy helps specialized blockchains better serve their purpose while improving efficiency.

Market structuring often leads to liquidity issues as well. Each island of data has its users which means that the funding needed to create massive liquidity remains disconnected. Cosmos helps to create more liquidity by enabling multi-chain dapps.

Chainlink realized that there was a serious problem needed to be fixed by the blockchain community – bad data from oracles. Chainlink noticed that the technical structure of this system was fundamentally flawed when dealing with oracles. Mainly, the centralized nature of oracles meant that they created choke points and could be easily corrupted.

The immutable nature of blockchains means that bad information is impossible to remove. Chainlink figured out that a decentralized network of oracles could cross-reference data to ensure they are operating correctly. Today, Chainlink is a vital component of some of the most popular dapps in the markets.

Cosmos functions through a multi-layered approach that separates applications from communication. The first layer focuses on processing transactions and maintaining the network state, while working in tandem with the other two layers. Notably, the network layer is where communication takes place between networks.

The Cosmos protocol can monitor the state of all blockchain networks and zones in use in real-time (zones are independent networks that leverage the Cosmos blockchain). These protocols can include customized tokens, governance, and even consensus settings. They are independent but able to communicate freely using Cosmos.

Cosmos leverages a technology known as IBC to connect Dapps and services. This proprietary system was designed to provide security and scalability between communication networks. The IBC system works in tandem with the Cosmos Hub to streamline its strategy.

The Cosmos Hub is a critical component of the platform where all blockchains meet. Notably, every zone will connect to the hub directly which enables them to communicate freely. The Cosmos Hub provides a reliable pathway for blockchain networks to exchange data and value.

Chainlink works through a blockchain of network nodes that act as oracles. These off-chain sensors can be set up to monitor nearly anything from the weather to stocks or crypto prices. One everyday use for these sensors is on DEXs (Decentralized Exchanges) where they replace the order book in providing accurate pricing to the market. 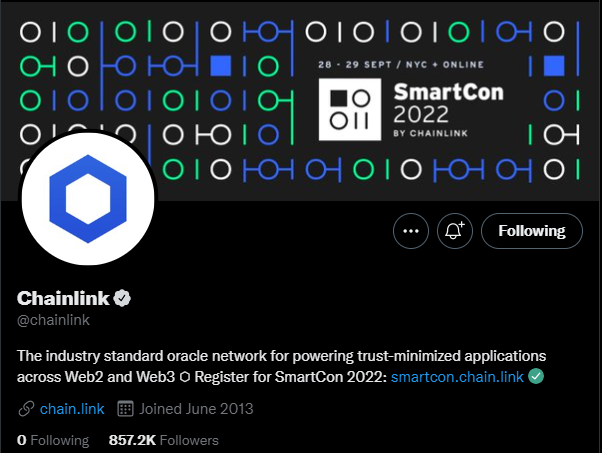 Chainlink uses redundancy and self-correcting oracles to provide the market with a reliable solution to the oracle problem. The system cross-references data to ensure it’s valid and timely.  Any nodes that are thought to operate maliciously are removed from the network indefinitely, while oracles that produce bad data get penalized.

This self-healing and verifying strategy is one of the best aspects of Chainlink. It ensures that only correct data makes its way to the distributed ledger. The process begins with an oracle data request. This request will register on the blockchain and lead to the creation of a Chainlink Service Level Agreement (SLA) Contract.

This contract initiates three other contracts within its structure. The first of these systems is the Chainlink Reputation Contract, which acts as a vital step to verify the oracle is part of the Chainlink ecosystem. You wouldn’t want outside unapproved oracles slipping malicious data onto your blockchain, and this checkup prevents that.

This system also ranks and rates each oracle. They receive grades based on crucial elements of their performance including uptime, accuracy, and participation. The higher the rank and the more likely an oracle is to receive opportunities in the market.

The next step in the process requires the system to deliver a Requesting Contract to the Chainlink nodes. From here, the nodes can bid on the gig. The system will automatically determine how many nodes are ideal for the scenario and put recommendations for their various roles. Lastly, the Chainlink Aggregating Contract makes sure all the information is correct one last time before sending it to the ledger.

How to Buy Cosmos (ATOM) and Chainlink (LINK)

Currently, Cosmos (ATOM) and Chainlink (LINK) are each available for purchase on the following exchanges.

Cosmos Vs. Chainlink – Making the Blockchain Sector Stronger Through Innovation

Now that you have some valuable insight into what makes Cosmos (ATOM) vs Chainlink (LINK) an interesting debate, you are ready to continue your trading on another level. Both of these projects serve vital roles in the blockchain sector. As such, they both could be considered a wise addition to your long-term portfolio.

Cosmos Vs. Algorand – What’s the Difference?

Cosmos Vs. Ethereum – What’s the Difference?