Connect with us
Chainlink 101:

Experienced traders make sure to learn the key differences between Chainlink (LINK) and Polkadot (DOT). These two networks focus on different aspects of the market’s development. As such, it’s possible that these networks could complement each other rather than compete. Here is everything you need to know about Chainlink (LINK) Vs. Polkadot (DOT)

Polkadot is a multi-layer blockchain ecosystem designed to improve Dapp development. The platform comes from the minds of one of Ethereum’s co-founders, Gavin Wood. Wood created Solidity, the programming language used by Ethereum. He split from the project to develop a more robust blockchain to meet the needs of the sector.

Polkadot remains a top-performing network with the protocol securing a strong following from its launch. Notably, Polkadot hosted a successful ICO that secure $145 million for the project. At the time, this was one of the largest ICOs ever conducted, helping to propel the blockchain into the limelight. 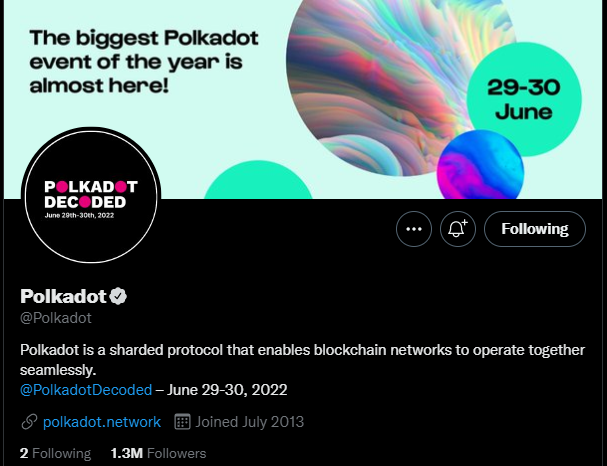 Chainlink is a decentralized network of off-chain sensors called oracles. Oracles are one of the most important technologies because they enable blockchains to communicate data to and from centralized sources in a secure manner. Oracle can be set up to register data from any source.

Chainlink makes it easy for developers to leverage these sensors to create more responsive and secure Dapps. For example, you could see an oracle used to maintain pricing data on a DEX rather than an order book. Oracles have nearly endless use cases. As such, Chainlink serves a vital role in maintaining the integrity of the data these sensors create.

Polkadot was designed to solve some serious issues that crypto users have had to contend with for years. For one, the network provides an alternative to Ethereum – the largest and most dominant blockchain ecosystem. However, on occasion congestion problems have caused the network to experience record high gas fees and delays. Polkadot looks to provide a viable alternative that is both faster and provides more functionality.

Another major issue with the blockchain sector is the current lack of interoperability. There are thousands of blockchains, however, very few can communicate freely. Polkadot enables developers to create networks that experience full compatibility within the Polkadot ecosystem. Polkadot also introduces cross-chain bridges to expand its cross-chain capabilities across the market.

Gas is the token used to power smart contract executions and Dapp functionalities. Nobody likes paying high gas fees, but for some, they are simply unavoidable. Ethereum development in particular often suffers from crushing gas fees. Polkadot has a new technical structure that introduces a consequent mechanism that is far more efficient than the PoW (Proof-of-Work) system used by early blockchains.

The main problem that Chainlink was meant to fix is what developers call the “oracle problem“. The oracle problem refers to the fact that most public blockchains have an immutable ledger, which is good for security, but not great when the data provided in the first place is incorrect. As such, any oracles must have their data triple-checked before it’s added to the ledger.

Chainlink eliminates the problems through the introduction of a redundant network of self-checking and healing oracles. These sensors will cross-reference their data to ensure its correct. Oracles that act maliciously get removed from the network immediately. This approach provides develops with an extra layer of confidence.

Polkadot relies on Parachains, Parathreads, and cross-chain bridges to provide flexibility to the developer community. Developers can build sovereign blockchains that can be optimized to meet their specific needs. These networks are called parachains and are crucial within the Polkadot system.

There are also parathreads that are networks which rely less on blockchain technology. These are protocols that only refer to the blockchain for finalization or other scarce services. Notably, parathreads save money because they enable you to pay as you go in terms of blockchain data usage.

The Polkadot bridges are the core component of the network. These systems enable separate blockchains to communicate information and value securely. The bridges make communication between parathreads and parachains seamless. Users must hold the utility token, DOT, to leverage the network’s full feature set.

Chainlink functions in a unique manner. It leverages a service called the Chainlink Service Level Agreement (SLA) Contract to begin the process of verifying oracle data and wiring to the blockchain. The process begins with the opening of 3 subcontracts. The first step is the Chainlink Reputation Contract. This protocol verifies the authenticity of each oracle.

Then, the Chainlink Order-Matching Contract will send the Requesting Contract to the Chainlink nodes. The network nodes will then get the opportunity to bid on the gig. The system is automated and can select the exact amount of nodes needed to complete a preset task.

The final step is the Chainlink Aggregating Contract. This mechanism is a last-stop triple-check to ensure the data is correct. The protocol will verify and reconcile any incorrect data. Once created information is validated, the ledger is updated and the network can access the data freely.

LINK is the main utility token for the Chainlink network. This token is needed to access oracle data, and is used to reward nodes and oracle operators. LINK can be used to send value and has a capped supply of 1,000,000,000 LINK. Today, LINK is widely available on popular CEXs.

How to Buy Chainlink (LINK) and Polkadot (DOT)

Currently, Chainlink (LINK) and Polkadot (DOT) are each available for purchase on the following exchanges.

There are a lot of factors to consider when determining which project best suits your trading needs. Polkadot is a fast-growing DeFi ecosystem that is taking a bite out of Ethereum’s market dominance. Comparingly, Chainlink is an advanced network of off-chain sensors that serve a vital role in the functionality of multiple Dapps. As such, both platforms have growth potential and could be considered a smart addition to your portfolio.

Chainlink Vs. VeChain – What’s the Difference?

Chainlink Vs. Ethereum – What’s the Difference?