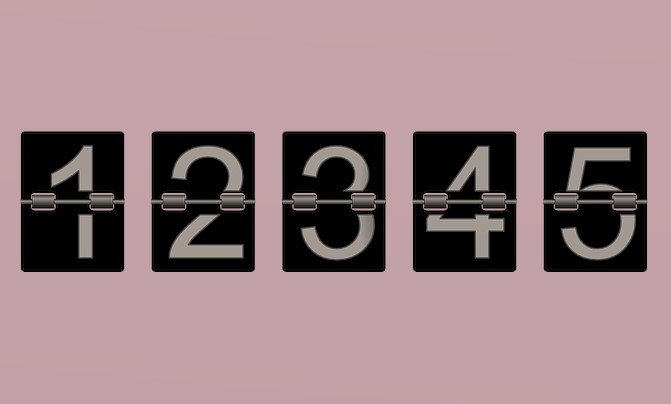 As July comes to a close, we have just been granted a week providing a much needed reprieve from a prolonged market decline.  Now, there are signs of sentiment surrounding digital assets slowly beginning to turn positive again.  The following are a few news highlights from recent weeks involving the current top five assets in circulation – Bitcoin (BTC), Ethereum (ETH), Tether (USDT), USD Coin (USDC), and Binance Coin (BNB) – which have aided in this modest reversal.

When Bitcoin moves, the market moves with it.  Thankfully this past month saw a steady climb upwards from the deepest lows of 2022.  While there was no incident in particular which led to the modest shift in sentiment, it can perhaps be attributed to a variety, such as,

Basically, so much had gone so wrong around the world in preceding months that Bitcoin had already reached as low as it was going to go at that the time.  With that being the case, there was nowhere to go but up.  While this means that current macro-economic factors may no longer act as an anchor on the price of BTC, the recent upwards trajectory can come crashing back down on news of some other global calamity.

Deemed by SEC as Only Digital Asset NOT a Security

Meanwhile, as projects like Ripple, and companies like Coinbase, wage war with the SEC, there is only one asset that the regulators Chair, Gary Gensler, is willing to publicly affirm is NOT a security.  That would be Bitcoin.  While this may seem like debate long since agreed upon among industry participants and most governments, it wasn’t until a recent interview which marked the first time that the active head of the SEC explicitly stated this – no doubt bestowing a semblance of safety for those believing in Bitcoin.

So the price of BTC is finally looking more attractive, and regulators like the SEC have no intention of deeming it a security, but what about actual adoption of the network?  Just look to El Salvador, where the country’s Finance Minister Alejandro Zelaya, recently addressed the topic.

Despite the country currently suffering from unrealized losses of roughly 50% on its investment in Bitcoin, sentiment remains high among those responsible for its adoption as legal tender.  Zelaya accredited the country’s decision for not only a boost in tourism, and investments, but most importantly for helping the unbanked.   This ability for Bitcoin to ‘bank the unbanked’ is typically referenced as financial inclusion – meaning to facilitate access to modern financial tools, regardless of ones wealth or financial standing.

The major news of the month belongs to Ethereum, as the team responsible for its development shared promising news on the networks shift to a Proof-of-Stake consensus mechanism, from its original Proof-of-Work.  This shift, which is on track to occur in the coming months is expected to finally get a greenlight after an upcoming and final upgrade to the network before mainnet launch, which will see the deployment of what is called the Goerli/Prater testnet.  This deployment is currently expected to take place some time between August 6th-12th.

Prater will run through the Bellatrix upgrade on August 4th, and merge with Goerli between August 6-12th: if you run a node or validator, this is your last chance to go through the process before mainnet 🚨https://t.co/JAz5AJe12B

The move by Ethereum to adopt a consensus mechanism has mostly been met with optimism.  There is a smaller subset of digital asset enthusiasts that are against the move though, typically citing the important of Proof-of-Work and its ability to ensure decentralization of a network.

By transitioning to a Proof-of-Stake network, Ethereum eliminates the need from miners, and runs the risk of increasing network centralization – something often seen in PoS networks.  This is a necessary risk at this point though, as the benefits seen through decreased energy consumption and lowers fees from increased throughput are just too great to pass up.

In a recent address to the public, Tether discusses on-going falsity surrounding its asset backings. While this has been a talking point for years, it has reached a fever pitch since the collapse of UST/LUNA, as all eyes are on stablecoins.

In its statement, Tether not only labels false information the ‘biggest threat to the cryptocurrency industry’, it calls out its critics and states that they are wrong with regard to its commercial paper holdings.

Attempting to clear the air, Tether states that its, ‘…portfolio holds no Chinese commercial paper and as of today, its total commercial paper exposure has been reduced yet again to a mere ~3.7B (from 30B in July 2021) with plans to further decrease to ~200M by the end of August 2022 and to zero by end of October/early November 2022’.

Tether is one of a very select few projects that has remained a building block/fixture for years within the digital asset sector, weathering many storms and crypto-winters over this time.  Moving forward, the team at Tether seems intent on this remaining the case, stating, ‘Tether is determined to lead the stablecoin market through the next wave of adoption and it will do so proudly regardless of critics and rumors’.  As it stands, Tether remains the worlds top stablecoin.

Earlier this month, we briefly touched on USDC and its case for becoming the worlds largest stablecoin, leapfrogging USDT in the process.  While this has yet to occur, the gap between these top stablecoins remains quite small.

The ability for USDC to get where it is now was made possible not just through the woes of USDT, but through its own transparency.  While the market continues to reel over the effects felt by the collapse of UST/LUNA, Circle – the company behind USDC – has begun releasing detailed reports on its asset holdings.  A move meant to placate fearful investors, showing that asset-backed stablecoins have, and continued to be, a reliable digital asset structure.

It is month-end look at its asset holdings for June 2022, Circle provides the following breakdown for its current holdings.

At the time of release for the aforementioned breakdown, there was 55,569,519,982 USDC in circulation – meaning that each token maintained just over a 1:1 asset backing ratio.

Among the scores of exchange-based tokens, there is one that dwarfs them all – Binance Coin (BNB).  As the native token of the worlds largest exchange, it only makes sense that it would have massive exposure and adoption rates.  With this being the case, and having somewhat of a first-movers advantage among exchange tokens, sentiment surrounding the future price of BNB remains quite high, despite current market woes.  A recent survey performed by data aggregation and analytics firm ‘Finder’ highlighted this.

In its survey, a panel of over 50 individuals deemed experts in the digital asset sector were asked for price predictions for BNB in the coming years.  The following were the results, showing a clear belief that there is a substantial amount of money to be made by accumulating BNB.

Despite the optimism surrounding BNB’s future price, there remain various hurdles to clear moving forward.  The highest being whether or not the Securities and Exchange Commission (SEC) will label BNB a security.  In its survey, only 13% of those polled by Finder indicated they believe it will NOT be labeled a security.  Another 30% wasn’t sure, while a stout 57% believes that it WILL be.

If not deemed a security, the sky is the limit for BNB.  If deemed a security, then there will be a ripple effect throughout the digital asset market as it would mean many tokens and associated exchanges will find themselves in breach of securities law.  If unsure on what kind of turmoil this can cause for a project, just look at the state of Ripple and XRP tokens both prior to its battle with the SEC, and in the present.  Ripple, which was once itself a top-3 project continues to languish, and has been surpassed by various other tokens along the way – BNB being one of them.

DeFi is Strong Even During the Bear Market, Claims Index Cooperativ