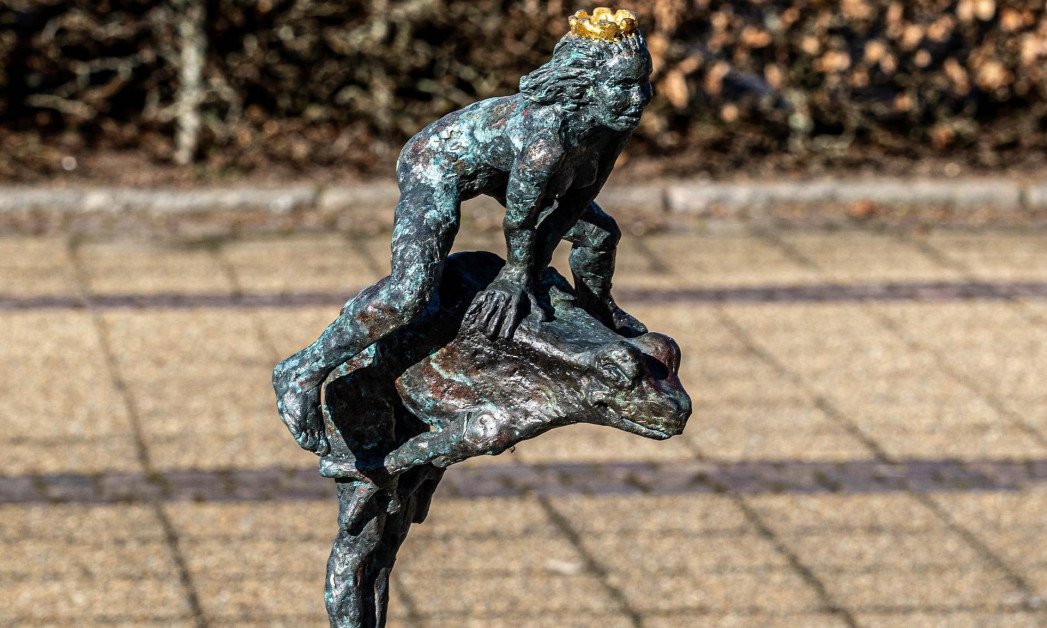 For years now digital asset enthusiasts have spoke of ‘the flippening’ – an event that would see Ethereum leapfrog Bitcoin as the number one digital asset.  Despite the rise of DeFi and expanding smart-contract implementations, this has yet to occur.  As a pair, Bitcoin and Ethereum might arguably be the most important assets within the sector, representing the best bets for success as a digital currency and store of value, and platform for dApp development, respectively.

What if the pair everyone should have their eyes on are not Bitcoin and Ethereum, but rather a pair of asset-backed stablecoins – Tether (USDT), and USD Coin (USDC).

As most are aware, stablecoins play a vital role within the digital asset sector.  They not only act as a medium through which value can be transferred, but also as a potential reprieve from volatile markets.  Furthermore, stablecoins can reduce tax burdens by allowing for this reprieve without the need to realize any capital losses/gains.

Stablecoins have also become integral in lending platforms, with service providers offering enticing yields on such assets.  In addition to their immediate use-cases, stablecoins also open the door to a variety of metrics, which allow for insight in to market sentiment and asset flows.

Overall, stablecoins function as an important pillar to the entire sector, providing a foundation around which significant activity is based.

While there are scores of different stablecoin offerings currently in circulation, it would appear as though it is becoming a two-horse race to see which becomes the de-facto market leader.  These horses are Tether (USDT) and USD Coin (USDC).

A product of Bitfinex, Tether (USDT) is an asset-backed stablecoin that has long been a fixture within digital assets.  With its origins dating back to 2012, and an asset known as ‘Mastercoin’, Tether has since grown to boast a marketcap of roughly $67,848,828,244 in the time since.

A joint project between Circle and Coinbase, USD Coin (USDC) is a much younger project structured in a manner quite similar to Tether.  It is also an asset-backed stablecoin, with a marketcap fast approaching that of Tether’s – $55,943,966,695 at time of writing or roughly 82% the marketcap of USDT.  This is an impressive figure, given that its rival Tether had a 6 year head-start on adoption.

With the rapid and impressive rise of USDC, it now finds itself within striking distance of being the most valuable stablecoin in circulation.  How and why was it able to achieve this feat though?  The following are a few examples as to why this is looking increasingly likely.

With stablecoins playing such a large role within the digital asset sector for years now, it isn’t surprising that a variety of companies attempted to emulate the success of Tether, while putting their own ‘spin’ on things.  The most obvious example of this was the rise of algorithmic stablecoins.

These assets typically function within a dual token system that sees each operate in unison to incentivize either the creation or burning of one or the other.  This is done in an attempt to maintain a predetermined peg – typically the US dollar.  As most of the world already knows, this approach was proven to be inherently flawed.  This was put on full display during the epic collapse of LUNA and UST earlier this year.

This event not only saw an extraordinary amount of strain/selling pressure put on the entire sector as TerraForm labs sold off literally billions worth of BTC in an attempt to maintain a 1:1 peg between UST and USD, it also highlighted the strength and reliability of asset-backed stablecoins.  Yes, questions have been floating around for years surrounding the validity of USDT’s claims surrounding its reserve assets, but at the end of the day it and USDC have always managed to maintain, or quickly bounce back when deviating from, each’s peg.

Overall, this event involving algorithmic stablecoins was a painful learning point for the entire sector, underscoring the importance of asset-backed stablecoins, and has potentially kicked started new regulation of these foundational assets.

Speaking of regulation, USDC has made its mark within digital assets not through circumventing regulation, but by embracing it.  Circle states that, “…currencies like USDC, are regulated across the U.S. on a comparable footing to major payments companies and innovations such as PayPal, Venmo, Apple Pay, among other globally trusted firms.  State money transmission regulations, which govern USDC’s consumer protection and prudential standards, have clear statues, including permissible investment restrictions designed to protect funds on customers’ behalf.”

While many investors are ready and willing to take risks on fly-by-night tokens, in hope of a quick and massive return, stablecoins are meant to be the reprieve.  For this to be the case, investors must have full trust in the asset – meaning transparency of its reserve assets, and reliability in holding its peg.  By embracing regulation, USDC is establishing itself as the most reputable offering around which meets these parameters.

Although USDT has not necessarily done anything specifically to skirt around – or resist adhering to – regulations, it does not have a squeaky clean history.  In early 2021 USDT and its issuer Bitfinex were found guilty in the State of New York of having, “…deceived clients and market by overstating reserves, hiding approximately $850 million in losses around the globe”.  These actions were described at the time by the Attorney General of New York as both ‘reckless’ and ‘unlawful’.

Such past developments have certainly allowed for USDC to quickly make up ground, as investors (especially in North America) look to rely on not only a stablecoin without such a history, but one issued by a company based in the U.S., and subject to heavy regulation itself.

Something that has also hurt USDT is somewhat related the the aforementioned legal issues in New York – transparency.  Investors have long questioned the validity of Tether’s claims that USDT is backed as fully as claimed.  Despite countless calls for audits over the years, and for clarity to be provided on the working relationship between Bitfinex and Tether, neither issue has ever fully been addressed.

USDC on the other hand has a much clearer management structure, and releases monthly audits performed by a third party which verify the validity of reported reserve assets.  The most recent of which can be found here, with the next expected any day now.

Now that we have highlighted a variety of reasons why USDC may soon find itself atop the current crop of stablecoins, what basic metrics support this narrative?

The most obvious means of tracking USDT vs. USDC would be through simple marketcap.  As can be seen in the following charts, both assets have experienced great success over the years.

Zooming in however, and there was a pivotal moment only months ago on April 8th – the day LUNA/UST began to collapse in earnest.  This resulted not only in massive amounts of capital leaving tether, but a short-term de-pegging that saw USDT drop to as low as $0.95.  This temporary drop is all it took for people to begin losing faith in USDT, and put their trust in USDC.

In the time since this pivotal moment, USDC has benefitted from the struggles of more than just LUNA/UST.  Currently USDD, a stablecoin issued by Tron, is also struggling to maintain it peg, along with various others.  All resulting in a continued migration to USDC.

Tether does need to be given some credit in recent months.  Despite its de-pegging hiccup in April, it has successfully managed to fulfill billions worth of redemptions since.  While this is commendable and impressive, it doesn’t change the fact that investors are choosing to reduce their exposure to the asset.  After seeing a reduction of roughly $10B from its marketcap in the second half of April, it appeared as though the bleeding had finally been staunched.  Unfortunately for USDT, this was just a momentary lull as the beginning of June brought a new round of investors looking to sell-off their holdings as world markets began crumbling.

For years, service providers such as exchanges and lending platform have always worked to offer clients access to a stablecoin, allowing for investors to remove themselves from to volatility of markets at any given time.  While USDT has traditionally been the asset of choice to fill this role, USDC is beginning to supplant it as the default stablecoin on a variety of platforms.  One example of this is lending platform Ledn.io.  Rather than offer its clients unsustainable and risky yields on a bevy of asset through its service, Ledn took a difference approach in supporting only two – BTC and USDC.  Not only was this a statement move by opting for something other than USDT, it has served the company well since due to each of the aforementioned reasons plaguing Tether.

At this point, it seems inevitable that USDC will eventually surpass USDT as the worlds most popular stablecoin.  It has momentum and narrative on its side, with supporting evidence being seen in not only marketcap, but redemptions and growing support among service providers.

Proposed regulations recently put forth by a pair of U.S. Senators looks to greatly revamp the way stablecoins as a whole are regulated.  Known as the ‘Lummis-Gilligrand Responsible Financial Innovation Act’, this proposal would mandate that stablecoins MUST be asset-backed in nature – meaning that regardless of which coin remains on top, USDC and USDT aren’t going anywhere anytime soon.

Top 13 Cryptos to Invest in for Short-Term Gains

13 Best Polkadot Ecosystem Tokens to Watch in May 2022