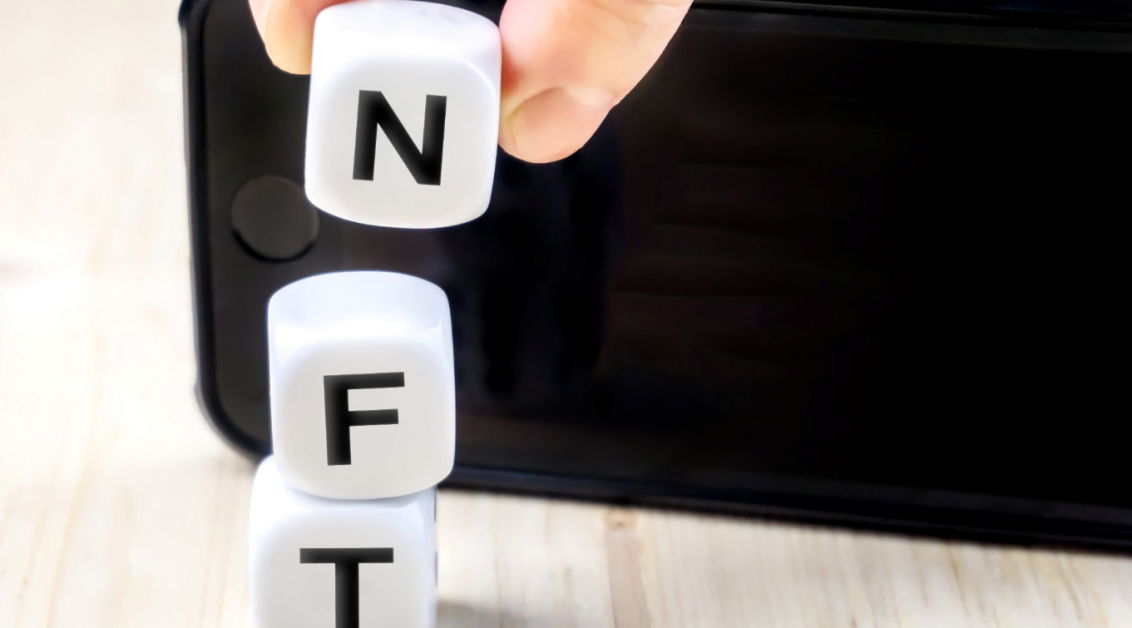 The NFT sector exploded in 2021, bringing attention to digital gaming, artwork, and potential of owning and using digital land. There are all kinds of projects that offer great investment opportunities, or you can simply purchase NFTs tied to digital or physical artwork if you feel like increasing your collection with some of the newest and most innovative works of art.

Regardless of what you are drawn to, NFTs likely have it covered at this point, and the good news is that new projects are constantly emerging and capturing the attention of the entire crypto industry. With that said, here are our top 7 picks for NFTs to keep an eye on in March 2022.

The first on our list is Decentraland, which is a metaverse project that relies strongly on non-fungible tokens. Decentraland offers a virtual world that consists of individual plots of land — land that you can purchase and own simply by buying a correlating NFT. Each plot of land brings opportunities to do various things with it, including running a business, developing games and software, or even organizing virtual events, meetups, and alike.

Decentraland offers plenty of opportunities, especially since it is one of the first projects of this kind that were ever developed. The project has been around for several years, but it first made an appearance too early for it to immediately draw large amounts of attention. However, with the rise of NFTs in early 2021, and then metaverse in the last two months of last year, Decentraland rapidly came under the spotlight as one of the earliest movers into the metaverse/NFT sector.

It is already being used by major entities, including the Australian Open — a popular tennis tournament that took place in January 2022, and which used Decentraland’s metaverse to organize digital events for tennis fans from around the world who were prevented from coming on location due to COVID restrictions.

Doodles is a rather colorful and fun NFT project that offers a collection of 10,000 generative NFTs created by artists Evan Keast (Tulip), Scott Martin (Burnt Toast), and Jordan Castro (Poopie). Keast and Castro have been in the NFT community for a long time, even before they co-founded Doodles. In fact, they were among the developers and artists who helped launch CryptoKitties in 2017 — the oldest and likely best-known NFT project in the history of crypto.

Their new project, however, features original art created by Martin, who created hundreds of unique visual traits for the collection. Facing great demand, the project eventually took the same path as many other NFT collections, using the unique traits to create new art pieces by randomly mixing and matching them.

The Doodles ecosystem is home to humans, apes, pickles, cats, skeletons, sentient flames, sentient ice cream, aliens, and more, offering a rather diverse and interesting collection of art. Different NFTs come in varying degrees of rarity, and the rarity is defined by their traits. The project doesn’t have an official catalog of the traits or common/rare pieces of art, but there are unofficial rankings that collectors can use to know how valuable each individual piece is.

In the third spot, we have the Bored Ape Yacht Club (BAYC), which is another collection of NFTs featuring art. The collection was launched by a company called Yuga Labs about a year ago, in spring 2021. Each NFT corresponds to a cartoon ape, with each ape uniquely customized. Different NFTs feature different designs, color schemes, outfits, facial expressions, and more.

Similarly to our previous entry, BAYC also features 10,000 individual NFTs, each of which is unique. The project was launched on Ethereum’s blockchain, and owning the NFTs grants users access to the Yacht Club’s members-only benefits.

The collection quickly became popular, not only due to interesting artwork, but also because of the timing of the launch. It came out just as the NFT sector exploded, alongside the crypto prices, and it attracted investors and collectors from all over the world.

Next up, we have MekaVerse, another very popular non-fungible token collection that runs on Ethereum. This one features robot-style artworks called Mekas, with the collection consisting of 8,888 NFTs in total. The project has grown to be quite large, attracting fans from all over the globe.

The collection is based on Japan’s legendary mecha anime series called Mobile Suit Gundam, and it features 3D-rendered images that were constructed from a previously designed pool of features. There is no overlap of attributes, meaning that none of the photos are the same, and cannot really be compared in any way.

MekaVerse emerged as one of the most successful collectibles, and in the first 24 hours following its release, it managed to collect over $60 million in sales.

In the fifth spot, we have Axie Infinity. Another metaverse project, Axie is a blockchain-based game that was inspired by the Pokemon series of games. It features a vast world that players can explore and use for monster battles. Like Pokemon, the project allows users to travel around and challenge other players to battle. They use the monsters that they purchased, and if they win the battle, they earn the project’s native cryptocurrency as a reward.

Each monster comes in the form of NFTs, and players can simply purchase them from the project or other users, or, they can breed the monsters that they already have and create new ones. All monsters can be upgraded with some of over 500 different body parts that belong to different kinds of creatures, and in doing so, players can strengthen their monsters and prepare them for fights in various types of terrain.

Alternatively, players can simply improve their monsters and sell them at a higher price to other players by offering the NFTs the monsters are tied to. Some may even opt to breed monsters to create new ones and sell those new monsters to aspiring players. There are several ways to earn with Axie Infinity, and the better you understand the game, the more rewarding it will be.

Nearing the end of the list, we have another metaverse game called Ertha. Ertha is not like our previous entry, and it differs in many different ways. While it still uses NFTs, it is more similar to Decentraland, in a sense that it offers players to purchase digital plots of land. These plots of land are called HEXes, and there are 350,000 of them, in total, in a digital world that is the exact replica of our own planet, including continents, oceans, and countries as they exist today.

By purchasing HEXes, players become members of a larger community, and they take on their role in that community. They can be state officials who will lead the countries, or warriors who will defend them and invade others. They can be businessmen who will run companies, or scholars who will contribute to society by discovering new knowledge.

In other words, the game is just as much an RPG as it is a strategy, and depending on your role in society, you will have to learn how to think a certain way, and consider all kinds of different factors, such as the economy, military, infrastructure, and alike. Ertha is an incredibly complex game, but also extremely fun for those who enjoy navigating the social waters, so we expect to hear a lot more about this project in months to come.

To learn more about this token visit our Investing in Ertha guide.

Last, but not least, we have CryptoPanks. This is one of the most successful NFT projects out there, also featuring a set of 10,000 digital collectible characters. Like other similar projects on this list, it is based on Ethereum, and it was among the first NFT projects to emerge, years before the NFT sector exploded. It also served as an inspiration for many other similar collections.

The collection was created by Matt Hall and John Watkinson, who founded Larva Labs in 2017. It started as a way to use the Ethereum chain for creating digital collectibles with provable ownership. It actually emerged as a solution for the problem of proving ownership of digital art, as this was rather difficult to do back before NFTs were popular.

Every CryptoPunk artpiece represents a unique, pixelated set of attributes that differentiate that specific piece from others. All of them, including pipes, hats, different hair colors, masks, and alike, were assigned to each NFT completely randomly, through the use of a generator.

Some punks can be quite rare, such as aliens, and these ones come at a higher price, but can also be sold at a higher price also. All in all, the project is not only the first of its kind, but also still very popular today, which is what makes it worth of the collectors’ attention.

With the NFT sector exploding, there are countless opportunities to buy different digital art pieces, digital plots of land, game characters and items, and more. The NFT sector is the sector of opportunity, and the 7 projects featured above are only some that are more than deserving of the investors’ attention and potential investment. In the end, it all comes down to you as an investor and collector, but if you need some help in getting started, the list of NFT projects above is certainly diverse enough to provide something for everyone.

Top 7 Penny Cryptocurrency To Invest Into In March 2022