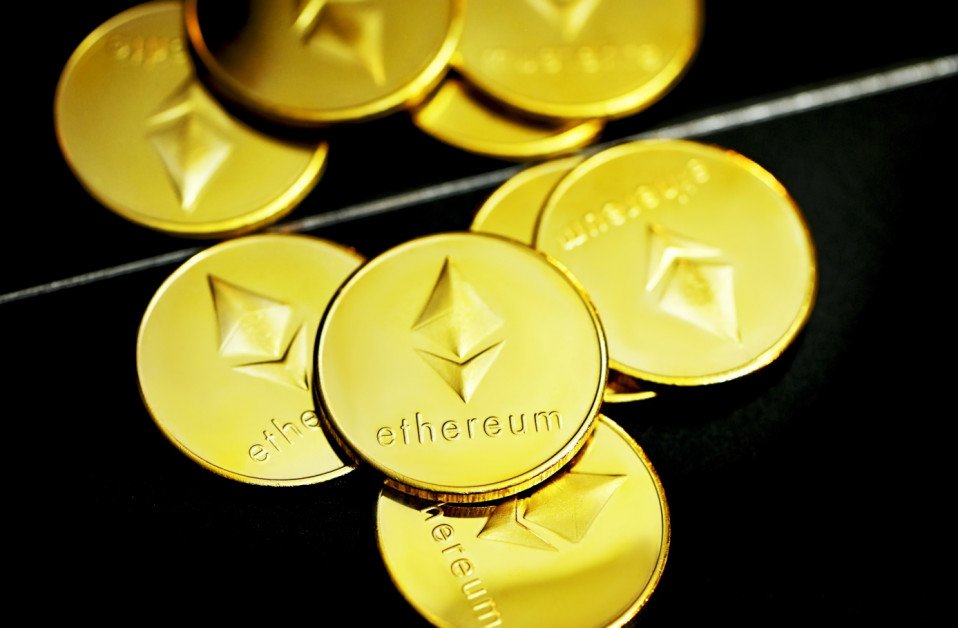 The first two months of 2022 have been a display of extreme volatility and wild markets swings in the cryptocurrency market.

While February hasn’t been as harsh as January, it hasn’t been kind either. The premier altcoin has been on a downtrend, for the most part, since the turn of the year. The situation is pretty much similar for other top crypto assets.

Ether started the year trading at $3,722 but shed almost 28% of its value, closing the month at around $2,681. Though its currently changing hands higher at $2,758 as of writing, its trading activity has been dominantly red over the last few weeks.

The token posted plunges in the first two consecutive weekends of the month and has barely picked up since then. The latest Ukraine crisis saw its price fall to a four-week low of $2,308.91, according to CoinMarketCap data. 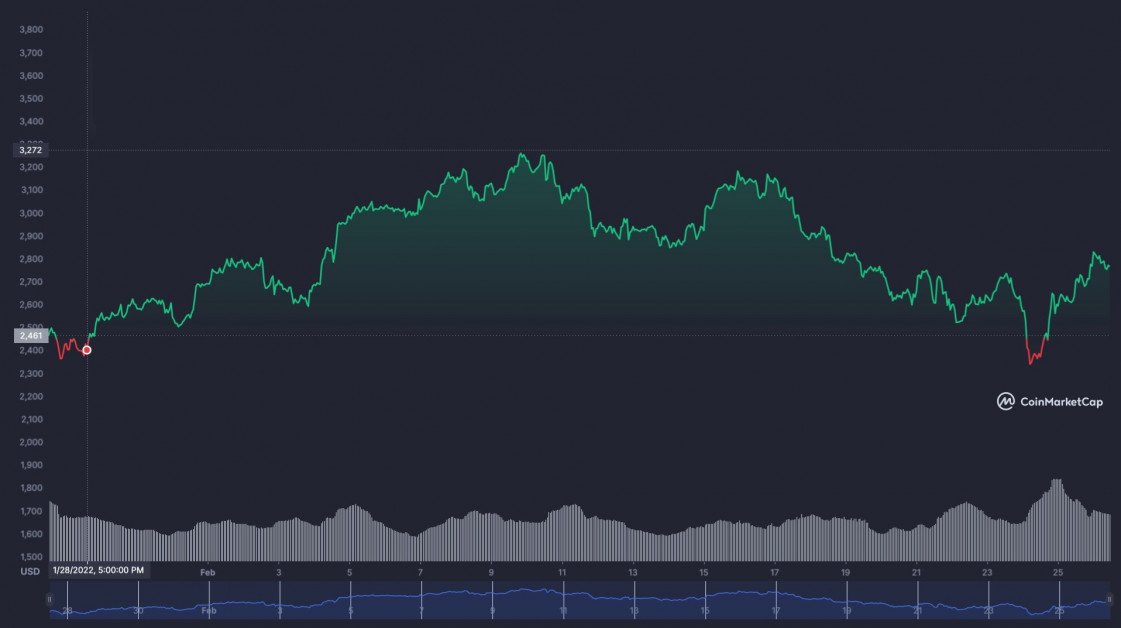 The ETH/USD 30-day chart shows that the token performed better in the second and third weeks of February as it recuperated from January losses. The pair is currently trading around the same level as last Saturday but is over 43% below its all-time high.

Below we assess the performance of Ethereum in February based on the most relevant market, blockchain, and network metrics. We also dive into its performance in the DeFi sector.

After the market dipped to multi-month lows towards the end of January, Ethereum recovered alongside other currencies up until mid-February. Since then, gains made throughout the early days of February have been cleared. The situation worsened this week as tensions over Russia’s invasion of Ukraine rose.

Ethereum’s market capital stood at $433.90 billion on the first day of January. The capitalization reached a monthly peak of $462.1 billion on 4th January, which also qualifies as the highest measure for this metric in 2022.

This figure shrunk to $320.51 billion by the start of February, but it grew progressively to hit a monthly high of $388.55 billion on 10th February. The month-long low came two weeks later, on 24th February, as the market reacted to the Ukraine crisis, dropping as far as $281.29 billion.

Data obtained from Etherscan.io shows the supply of Ether hasn’t posted a dramatic growth, increasing by more than 200,000 tokens since the start of the year.

During the first month of the year, the network recorded the highest count in transactions on the 12th, with a figure of 1,283,346. The lowest count of 1,077,884 transactions was seen on 23rd January.

In February, the number of daily transactions fell to a monthly low of 1,111,215 transactions in the first week of the month. This figure hit a peak on 20th February, reaching 1,343,869 transactions, which is also the highest number, so far, this year.

The number of unique addresses on the Ethereum blockchain has been consistently charting a growth path. At the start of January, the figure stood at 183,060,677 and grew by 3,254,408 by the end of that month.

The growth has, so far, been maintained in February. On 1st February, there were 186,418,839 unique addresses on the network. At the time of writing, the figure has grown to 188,881,767 – translating to about 2.47 million new addresses created this month so far.

This month, the number of active Ethereum addresses peaked on 5th February, reaching 597,390. This figure fell to a monthly nadir of 467,529 addresses on 18th February. Notably, January hit a lower low than February, but the latter saw a higher monthly peak.

The amount of fees paid on the Ethereum blockchain has long been a matter of concern, and the astronomical figures have continued this year. Generally, January posted better fee performance than February.

The highest amount in transaction fees charged last month was recorded on the 12th January, with an average figure of $6.73. The lowest average fee of the month was $2.06. On 05th this month, it cost $16.29 per transaction, the most expensive it has been all year thus far. With the prices swinging massively, this month also recorded the lowest average fees all year on 18th – it cost $1.63.

Ethereum recorded a January monthly low in average gas prices on the first day of the year, clocking 81.36 Gwei. The gas price hit highest for the month on 5th January when it reached 218.55 Gwei.

February figures have been less dominant. The monthly peak in gas price was seen on 02nd February– 158.62 Gwei, and on the 13th, the network had the lowest prices all month, dropping to 59.46 Gwei.

Ethereum’s hash rate, a measure of the network’s computational power, has been steadily rising. While the hash rate barely touched 1 million GH/s in January, this metric has maintained above that point for most of February.

The Ethereum ‘subchain’ had a total value locked (TVL) of $149.47 billion at the start of the year. This figure plunged to $110.32 billion at the end of the month as the Ether market concurrently tumbled.

The figure slightly recovered in February but has again fallen to lower levels, with its value at $112.12 billion at the time of writing. The TVL has been sinking since the turn of the year, only getting a brief reprieve at the start of February.

Ethereum’s market share is currently $114.91 billion, representing a 56.15% market dominance, compared to 59.28% at the start of the month. These figures demonstrate a consistent decline, given that the network’s TVL at the start of January was 62.36% dominant.

The changes in market share have primarily been attributed to the unaccommodating gas fees on the blockchain. High prices have pushed developers to seek alternative ecosystems that offer better performance and higher fee efficiency, hence Ethereum’s receding market share.