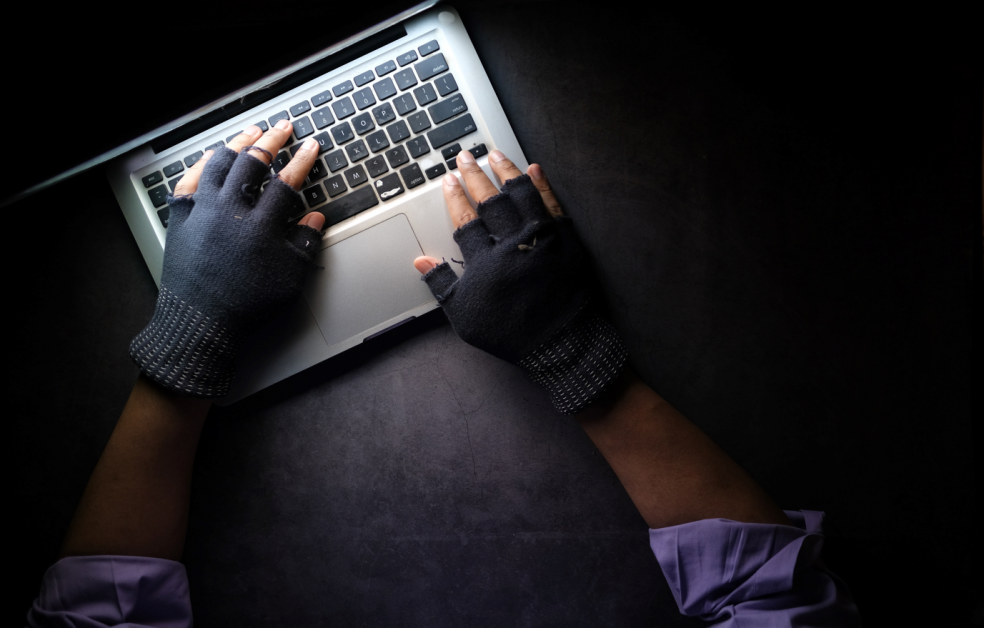 Last year was plagued with exploits all around the blockchain space, and 2022 is seemingly taking the same path. In what has gone down in DeFi history as the second-largest exploit, popular cross-blockchain bridge, Wormhole Token Bridge, disclosed late Wednesday that a security exploit had left it short of 120,000 Wrapped Ether (wETH) worth $321 million.

The largest attack on Solana to date

The exploit occurred yesterday at 18:26 UTC. The rogue entity minted the tokens on Solana and converted 93,750 into ETH, worth around $254 million at the time. The attacker spent some of the funds stolen and bought tokens, including Finally Usable Crypto Karma (FUCK) and Meta Capital (MCAP).

The remaining tokens were converted into SOL and USDC. At the time of writing, the hacker’s Solana wallet held 432,662.14 SOL, worth about 42 million.

Wormhole told users that it had taken the network down for maintenance as it looked into the matter. A blockchain message sent on Wednesday 23:16:07 has since revealed that the Wormhole team had attempted to contact the hacker to come to a “white hat agreement.” The deployer proposed a $10 million bug bounty for details on the exploit and return of the stolen wETH.

The message to the attacker further revealed that the hack to mint the tokens had been enabled via a breach of Wormhole’s Solana VAA verification.

The exploit alarmed the DeFi communities over concerns that ETH that had been bridged to Solana was no longer backed. However, the interoperability protocol’s team guaranteed that Ether would be readded to restore the ratio of wETH’s backing with ETH to 1:1.

The stolen funds have been restored

Wormhole confirmed Thursday morning that the vulnerability had been fixed, reassuring users about the safety of the funds. The team has also said this afternoon that the bridge is back up again and said it would release a detailed incident report once it is ready.

“All funds have been restored and Wormhole is back up. We’re deeply grateful for your support and thank you for your patience,” the team said.

Wormhole operates by locking a token onto a smart contract on one chain and deploying a parallel token in a second chain. Users can therefore move tokens across these ecosystems. Primarily, the interactivity occurs between Solana and Ethereum blockchains, but it can handle other chains like Avalanche, Binance Smart Chain, Polygon, and Terra.

The risk of crossing bridges

The exploit comes just a few weeks since Ethereum co-founder Vitalik Buterin highlighted that cross-bridges bear significant shortcomings that could expose tokens to security risks. Buterin decried that cross-chains present vulnerability as consensus rules do not confine them.

He explained, at the time, that he anticipated that the repercussions of bridges’ weaknesses would surface as transactional volumes on the bridges increase. Moreover, while no other assets have been affected, cybersecurity auditing firm Certik noted that Terra’s bridge to Solana showed the “same vulnerability as their Solana bridge.”

The price of Solana’s native token SOL tanked after the news of the exploit broke. From a high of around $111, SOL/USD crashed to $98 before seeing further losses. The crash was worsened by the recession that has affected the market in the last couple of hours. SOL is currently changing hands at $97.33, down 8.85% in the last 24 hours as per data from crypto tracking site Coinmarketcap. 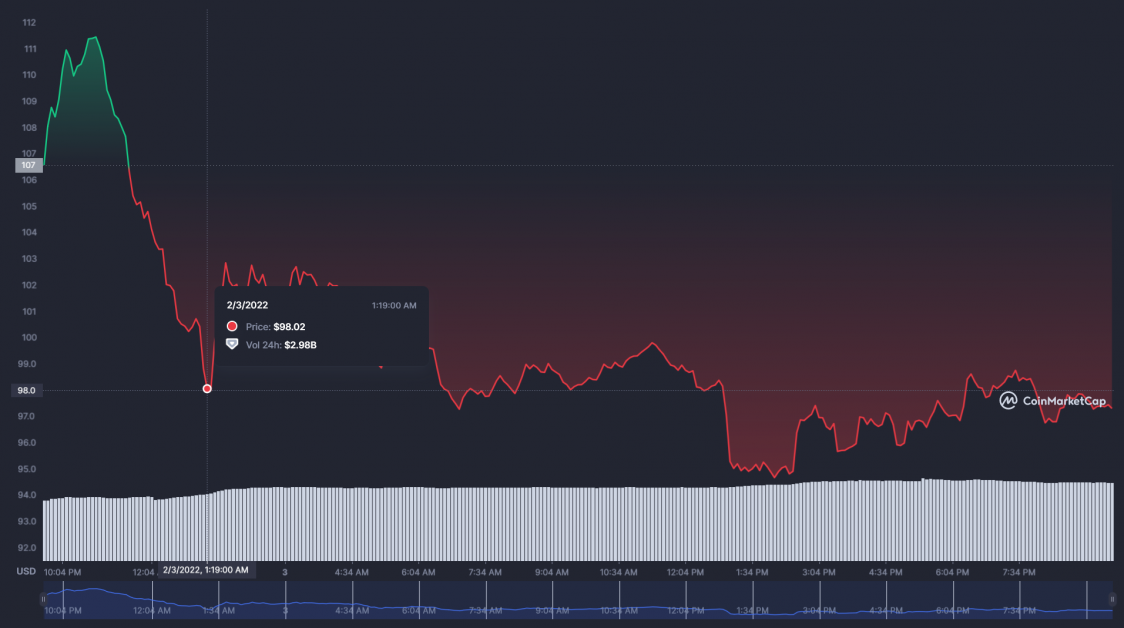 The Wormhole incident comes at a time when Solana has been riddled with several issues and while this wasn’t Solana’s fault, it does leave a poor impression on it. The high-performance public blockchain has recently been a victim of frequent network performance glitches that have left many questioning its status as a reliable Ethereum alternative.

DeFi Project on Solana to Launch a Rewards Mechanism

Solana (SOL) On The Verge of Clearing $110 Resistance, But A Move Higher Could Trigger a Tumble