Solana was built to provide top-notch scalability and developer flexibility. The protocol integrates an open infrastructure and low gas fees to empower developers to build more immersive and useful Dapps. The network is much faster and cheaper than Ethereum with the average cost per transaction sitting at around $0.00025. 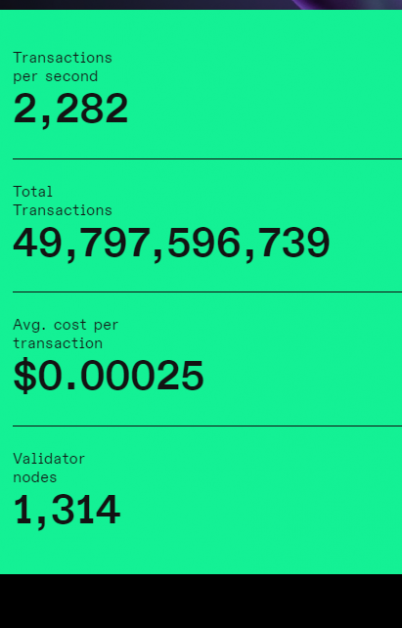 Solana is the brainchild of Anatoly Yakovenko. The network entered the market in 2017 during the crypto breakout year. The network received immediate attention due to its high transaction throughput and experienced developers including Greg Fitzgerald, and Eric Williams. These two held prior positions at Dropbox and Qualcomm.

In January, Solana suffered a string of outages with some lasting over 8-hours. These outages were the result of bots rushing to swoop up arbitrage opportunities to earn returns on leveraged positions. These outages dropped the price of the network’s token briefly and caused some traders to question the project’s sustainability. Despite the losses, Solana is still a popular option for developers and traders alike.

Polkadot is another smart contract programmable blockchain ecosystem. The protocol differs from Solana in that it integrates a multi-chain application environment. To provide interoperability with other blockchain networks. The goal of Polkadot is to drive blockchain adoption and interoperability by enabling developers to send data fluently between networks in a secure manner.

Polkadot (DOT) first emerged as a concept in 2016. That’s when Ethereum co-developer Gavin Wood released the network’s whitepaper. Wood is one of the most influential people in the crypto sector and is credited for his development of the Solidity smart contract programming language used by Ethereum.

Polkadot raised eyebrows across the market when it secured $145 million in funding during its record-breaking ICO. However, the success was short-lived as the Parity wallet in which the ICO funds were stored was hacked and $150 million in crypto stolen. While these setbacks did slow the project at the start, today, Polkadot is a top-performing network.

What Problems does Solana Solve?

Solana was designed to provide developers with more scalability and flexibility than Ethereum. The network eliminates scaling concerns due to its technical structure. The protocol can scale proportionally to match network bandwidth. Bench test put Solana at 29,171 tps (transactions per second).

Another major concern for Solana developers was network fragmentation. Most inter-chain protocols rely on second layer protocols which create more centralization in the network. Solana maintains a single global state which provides a more secure and efficient alternative.

Earlier blockchains looked towards sharding as a way to provide more storage space. However, the technical layout of sharded networks creates delays in data retrieval. Solana integrates proprietary systems to provide a more streamlined alternative that can meet the needs of a global market.

What Problems does Polkadot Solve?

Polkadot was built to enable private and public blockchains to communicate freely. The developers behind the project see this integration as a key step in driving blockchain adoption. Additionally, creators gain a lot of benefits using Polkadot including the ability to integrate the best characteristics from varying blockchain networks into their Dapps. 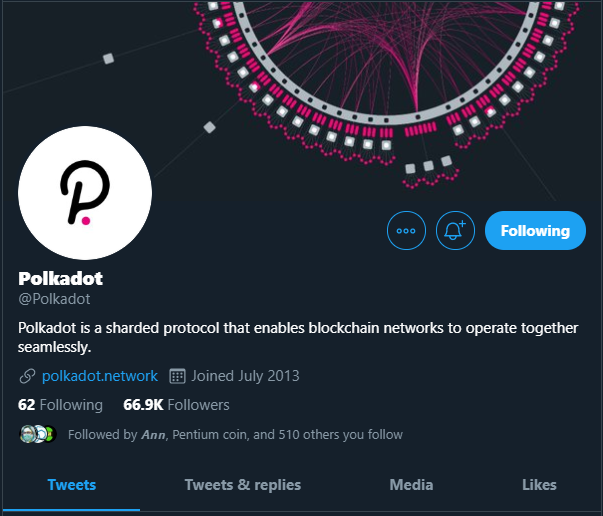 Polkadot streamlines programming tasks associated with Dapp development. It provides scalability on par with top-performing blockchains. Additionally, the multi-chain structure of the network simplifies the creation of sub-networks, tokens, and more.

How Does Solana Work?

Solana combines a variety of protocols to accomplish its goal to become the fastest blockchain in the market. The network leverages a protocol called turbine to separate and transmit data across the network’s nodes. This data is then sent to a feature called Gulf Stream.

Golf Stream replaces the need for a mempool like Bitcoin uses which speeds up the transactions process. The Gulf Stream protocol can handle 50,000 tps. One of the most unique aspects of this approach is that the system forwards the packets to nodes before the last batch completes confirmation.

The Cloudbreak protocol operates as the networks accounts database. The system improves on earlier blockchain in multiple ways. For example, Cloudbreak can read and write data simultaneously which improves transactions speeds and enables Dapps to operate more responsively.

SOL is the native utility token for the Solana network. This token can be used as a cryptocurrency to make payments in a permissionless manner. It’s also how developers and users pay network fees and execute smart contracts. There is a total supply of 510 million SOL slated for issuance over the life of the project. You may stake SOL to secure passive rewards with minimal risk exposure.

The network integrates sovereign blockchains developers can create called Parachains. These sub-networks can leverage Polkadot for security or integrate unique technical structures. A Polkadot parachain can have its own governance, consensus, and tokens.

DOT is the native utility token for Polkadot. This token enables users to participate in the protocols community governance system. They can also stake DOT to earn rewards. You need to hold DOT to launch parachains or parathreads.

How to Buy Solana (SOL) and Polkadot (DOT)

Currently, Solana (SOL) and Polkadot (DOT) can each be purchased on the following exchanges.

Solana and Polkadot both provide developers with a more flexible and open infrastructure to build within. These networks possess high scalability and can improve interoperability within the market. For these reasons, both projects could have a bright future.

How to Buy Solana (SOL) in India