The Most Egregious Takeaways in the FTX Bankruptcy Filing - Securities.io 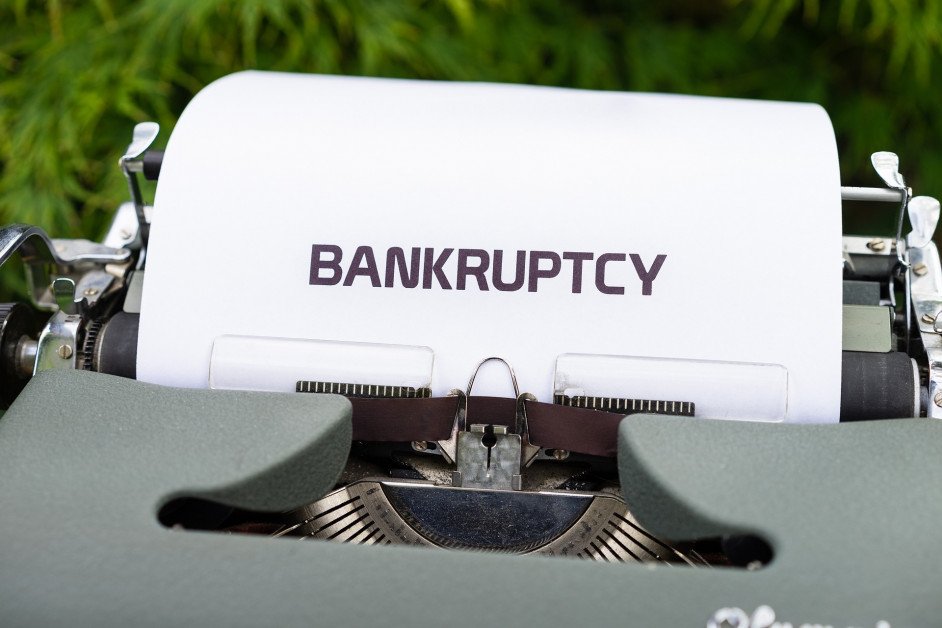 FTX’s new CEO, John Ray, said in a recent court filing that the company was a disaster, as it had no centralized record of bank accounts, signatures, employees, or investments, and the top management hadn’t even had board meetings.

New FTX CEO Shocked by Lack of Structure and Oversight

A week after filing for bankruptcy in the US, FTX’s new CEO, John Ray, said in a court filing that he had never seen anything like this, referring to a complete failure of corporate controls and a complete absence of trustworthy financial information.

These findings speak volumes, especially as John Ray supervised the liquidation of Enron, a former energy and commodity giant that collapsed as a result of one of the biggest accounting frauds in history.

When an expert in corporate failures with a 40-year experience claims that he had never seen anything like this, things might have been really bad at FTX, even though former CEO Sam Bankman Fried apparently doesn’t take full responsibility.

Ray said that the FTX empire was controlled by a “very small group of inexperienced, unsophisticated and potentially compromised individuals.” Specifically, Sam’s empire was formed by four groups of businesses, which Ray refers to as Silos:

Sam Bankman Fried had full control over all four Silos, with co-founders Zixiao “Gary” Wang and Nishad Singh holding minority equity interests in the four groups. The WRS and Dotcom Silos have third-party equity investors, including investment funds and endowments. The company had never held board meetings. 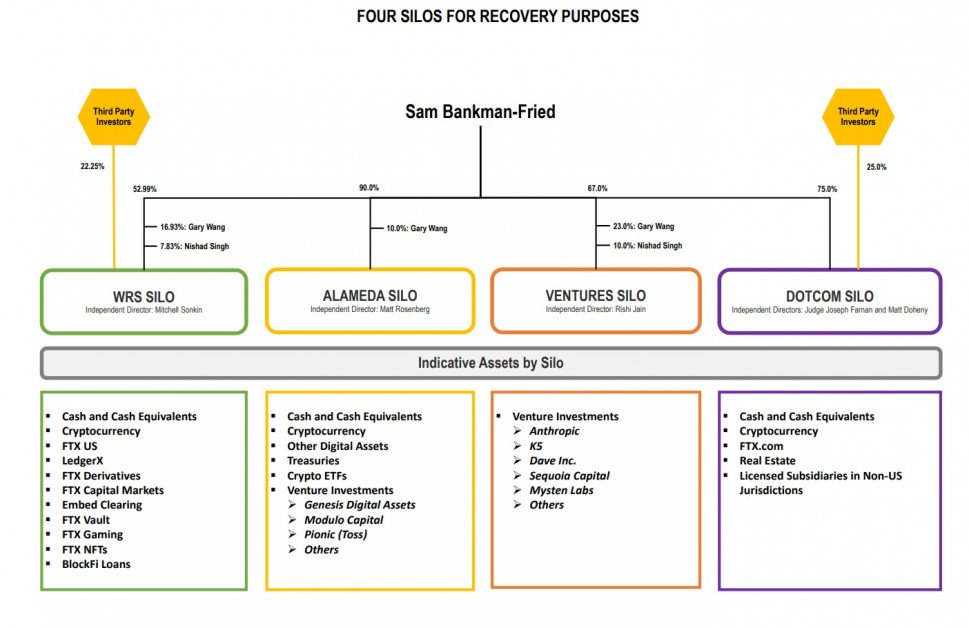 The crypto exchange didn’t maintain centralized control of its funds. Instead, there was an “absence of an accurate list of bank accounts and account signatories.”

The worst part is that John Ray had been able to locate only a fraction of the digital assets held by FTX, and it remains to be seen how much it can give to more than one million individuals and organizations that deposited funds.

Some of the businesses in this complex ecosystem are solvent, such as CFTC-regulated LedgerX and SEC-registered broker-dealers FTX Capital Markets and Embed Clearing, among others.

The lack of oversight was unprecedented, as Sam’s top management didn’t bother to accurately track and list bank accounts, signatories, investments, and even employees. Ray’s new management hasn’t been able to draft a complete list of employees who worked for FTX Group.

Ray would have probably discovered even more wrongdoings, but Sam often communicated via apps that auto-deleted and asked employees to do the same.

According to Ray, corporate funds of FTX Group were used to buy homes and other personal items for employees and advisers, sometimes in their personal names. He stated:

“I understand that there does not appear to be documentation for certain of these transactions as loans and that certain real estate was recorded in the personal name of these employees and advisors on the records of the Bahamas.”

Also, Alamada’s balance sheet shows that there were $4.1 billion of related party loans extended by Alameda, $3.3 billion of which was to Sam Bankman-Fried, both personally and to a subsidiary he controlled.

While no direct relationship can be deducted from Ray’s review, Sam had a $40 million property in the Bahamas that he eventually put up for sale the same day FTX filed for bankruptcy. 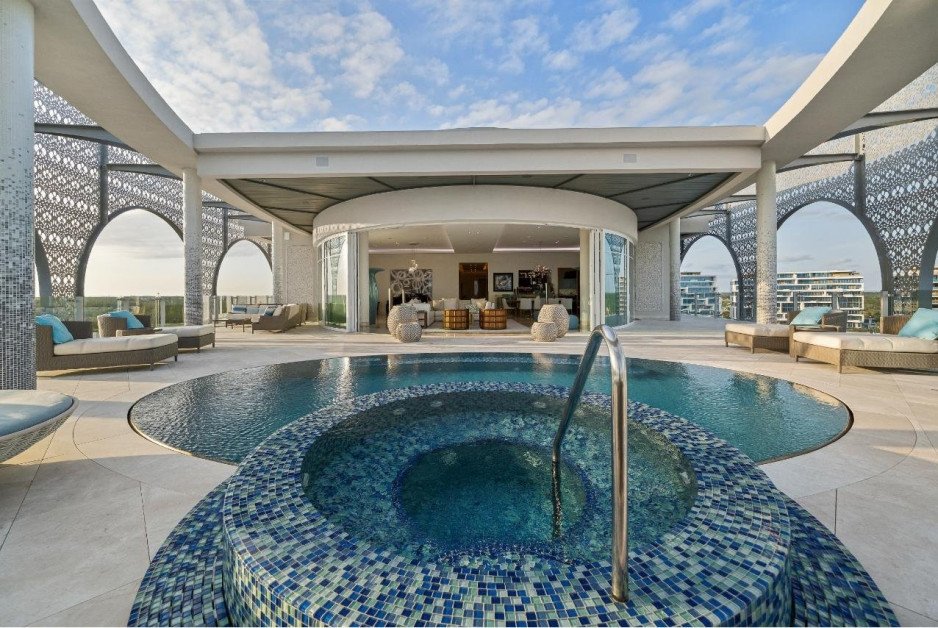 Ray’s court filing also says that Bahamian regulators had seized a good chunk of FTX’s assets for “safekeeping” shortly after it filed for bankruptcy. The regulators allegedly directed Bankman Fried to gain “unauthorized access” to FTX systems in order to obtain digital assets belonging to the company, after which he transferred them to the Bahamian government.

In a US bankruptcy filing from FTX Digital Markets, the Bahamas-based division, the company claims that the regulators’ conduct puts “in serious question” their responsibility as liquidators in the bankruptcy.

At the time, the transfers of about $650 million were thought to be the result of a hacking attack. The filing says:

″In connection with investigating a hack on Sunday, November 13, Mr. Bankman-Fried and [FTX co-founder Gary] Wang, stated in recorded and verified texts that “Bahamas regulators” instructed that certain post-petition transfers of Debtor assets be made by Mr. Wang and Mr. Bankman-Fried (who the Debtors understand were both effectively in the custody of Bahamas authorities) and that such assets were “custodied on FireBlocks under control of Bahamian gov’t.”

The Bahamian regulator initially denied the allegations but eventually admitted them. The Securities Commission of the Bahamas said on Thursday:

“The Securities Commission of the Bahamas, in the exercise of its powers as regulator acting under the authority of an Order made by the Supreme Court of the Bahamas, took the action of directing the transfer of all digital assets of FTX Digital Markets Ltd. to a digital wallet controlled by the Commission.”

Meanwhile, Bankman Fried said in an interview with Vox that he regretted filing for bankruptcy. According to him, the decision had taken financial matters out of his control.

Transparency Needs to Extend Beyond Proof-of-Reserves