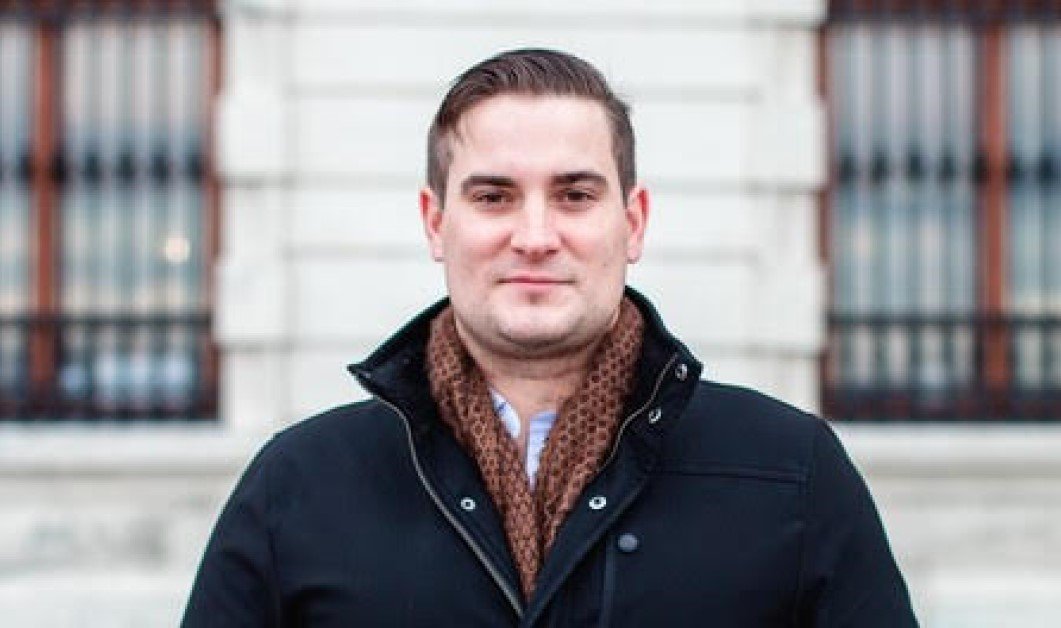 Taras Kulyk is the Senior Vice President of Blockchain Business Development at Core Scientific. Mr. Kulyk’s career has progressed via increasingly senior roles within the digital asset, investment banking, and technology sectors. He has built and led teams engaged in operating and developing digital asset mining infrastructure all around the world. Additionally, he has fostered and managed relationships with key global technology leaders including Samsung and Ennoconn. Prior to his work in the digital asset sector, Taras was an investment banker covering the Media and Technology sectors with TD Securities.

What initially attracted you to blockchain and digital assets?

I was initially attracted to blockchain, and digital assets, by the premise that the underlying technology was built on the potential for it to disrupt finance and the exchange of value, much like the internet disrupted commerce and virtually our entire way of life. Being a part of this kind of technological change from an early stage was not just exciting, but it was also an educational experience in “creative destruction.”

Can you discuss how you transitioned from investment banking into bitcoin mining?

Having spent almost 3.5 years in investment banking, covering the traditional mining (gold, PGM, iron ore, copper, etc) and TMT sectors, with BMO Capital Markets and TD Securities, respectively, I made the decision that instead of staying and finding an increasingly senior role in banking, to try my hand within industry; specifically blockchain.

I found a Business Development role in Toronto working with Decentral, the creator of the Jaxx hot wallet. We were in the middle of the 2017 ICO craze and was lucky enough to work with and meet many of the notable teams across the digital assets ecosystem. Many people don’t realize this, but Ethereum was founded and created in Toronto, Canada.

From Decentral, I was recruited to join a private family office to grow their global mining fleet as they sought exposure to the digital asset space via infrastructure and bitcoin mining. The rest is, as they say, history…

What digital assets are currently mined?

Core Scientific’s customers can currently mine BTC, BCH, ETH, ETC, SiaCoin, Zcash, and many other alt coins. Our customers primarily mine with SHA256 ASICs, but we have a very large and growing fleet of GPUs and newer non-SHA256 ASICs as well.

There is often a lack of regulatory clarity surrounding digital mining, what type of regulation is needed to further encourage institutional investors to become involved?

Over the past few quarters, we have seen policymakers clarifying more regulations around crypto. Most notably, in July, the Office of the Comptroller of the Currency (OCC) announced in an interpretive letter that federally regulated banks and savings associations may now provide services to crypto startups in addition to custodial management of cryptographic keys associated with cryptocurrency on behalf of customers.

While this is a step in the right direction, there are several additional things the government should be doing to support the digital mining industry. Specifically, reducing or eliminating Tariffs on Digital Asset Mining Hardware, easing the taxation burden to encourage foreign direct investment from abroad into US-based digital asset mining operators, and creating incentives to encourage the digital mining sector to focus on using renewable power sources for their power needs.

With growing interest from institutional investors, it is increasingly becoming a national imperative for digital assets to be taken seriously by regulators. At Core Scientific, we are excited about the growing mainstream adoption and regulatory sentiment towards digital assets; and are definitely looking forward to seeing the United States continue to adapt its crypto- friendly policies to enable our country to continue its role as a true frontrunner in the global digital mining industry.

Are there any supply chain concerns with suppliers such as Bitmain?

We have a very strong working partnership with Bitmain Technologies. Bitmain has been extremely professional, and the machines that we ordered from them on behalf of our clients continue to be delivered quickly and efficiently, without too many shipping delays.

We have worked closely with Bitmain over the past three years, launching the first Ant Training Academy outside of China and facilitating a record purchase of 17,595 units of S19 Antminers earlier this year. More recently, Core Scientific was also named Bitmain’s sole cooperative repair center in North America. Core Scientific has great working relationships with our suppliers and has no concerns about their capabilities to serve us and our clients.

How can investors best hedge risks that are associated with digital mining?

Investors should really spend a lot of time doing due diligence on operators they are looking to deploy significant sums of capital with. If the team running the operations can’t be found online… think again. Core Scientific has passed several years of audit review by E&Y and are focused on providing that level of credibility this sector needs to mature.

Could you discuss who are the current leaders in the digital mining space?

While China has been the undisputed leader in bitcoin mining, a bitcoin mining map produced by the University of Cambridge recently indicated that global diversification of mining hashrate is on the rise with regions such as North America, Eastern Europe and the Middle East vying to become a global leader. North America, in particular has emerged as a global mining hub, due to ideal geopolitical climate, energy infrastructure, and increased institutional interest from players such as Digital Currency Group (DCG), who recently announced a $100M investment to expand into the bitcoin mining industry in North America.

Core Scientific also offers additional blockchain type services, could you discuss what these are?

While at this time, I am unable to discuss specific services we offer, I can say that we will be announcing several exciting new offerings in the near future.

High performance computing and artificial intelligence have been converging to create solutions that span across a range of industries from performing seismic analysis in the oil and gas field, to calculating complex risks in financial markets.

At Core Scientific, we have partnered with NVIDIA, the inventor of the GPU, as well as NetApp, the leader in cloud data services, to provide free access to AI and data engineering infrastructure for GPU-accelerated novel coronavirus-related research. More recently, we acquired certain assets and technology from Atrio, a performance-critical AI and high performance computing cloud services company that also enabled us to help researchers accelerate AI-based genomics research to combat the pandemic.

We are focused on continuing to accelerate the digital asset mining space in North America as we have many exciting announcements planned for Q4 that we can’t wait to share.

Thank you for the great interview, readers who wish to learn more should visit Core Scientific.