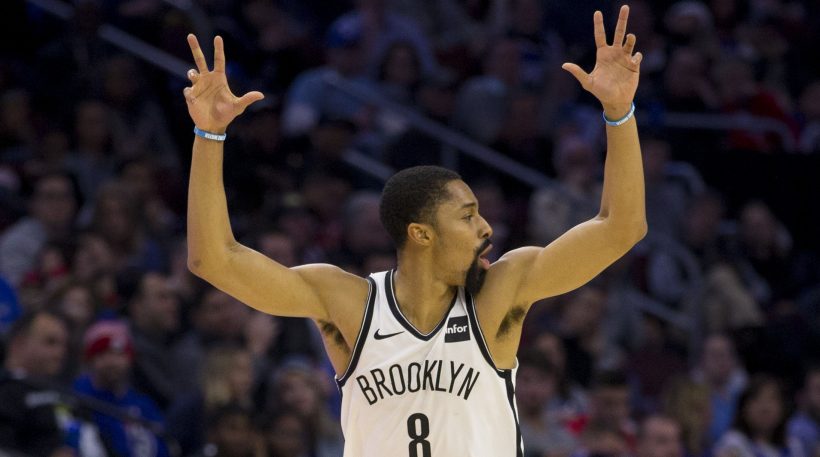 It was recently announced that Spencer Dinwiddie, a 26yr old point guard with the Brooklyn Nets, intends to tokenize his next NBA contract.

This contract is expected to come in at roughly $34 million over 3 years. Through the tokenization process, digital securities will be sold, allowing for Dinwiddie to receive the majority of his contract up front, in a lump sum – rather than need to wait 3 years for it to be paid out.

For their participation, investors will be rewarded with guaranteed returns over the 3 years, not only as their principle is repaid, but with interest being paid as well. It is expected that these dividends will be paid out as the money would be normally released by the Brooklyn Nets.

While exact details of the event have yet to be released, this distribution of digital securities could represent up to the entirety of his $34 million contract. In reality, the number to be raised will most likely be much less than $34 million in an effort to mitigate risk in a first of its kind sale.

The reasoning for this move is a simple one – money today is worth more than money tomorrow. This concept assumes that given a set amount of money today, it can be put to work through actively investing it. Ideally, by the time money would have been paid out in the future, these investments will have grown the money larger than it ever would have been, with less time to grow, and subjected to inflation.

While the potential to increase one’s holdings is definitely there, the entire scenario rests on the assumption that the investor is competent and grows the funds, rather than diminishes them.

Earlier this year, the Toronto Raptors, of the NBA, successfully completed their ascent through the league, as they took home the Larry O’Brian trophy. A large factor in what made this possible, was addition of NBA stalwart, Kawhi Leonard to the ranks.

During this championship run, a Toronto company pitched the same idea being undertaken by Dinwiddie. Blockstation, a young company within the digital securities sector, planned to host a DSO, linked to a contract extension for Leonard.

While the idea never came to fruition, as Leonard opted to sign with the LA Clippers, the idea was a unique one with the potential for success. We’ll now see, through Dinwiddie, if there is any merit to the proposed benefits of tokenizing a sporting contract.

Blockstation to Host DSO in Attempt to Lure Kawhi Leonard

All Eyes on Dinwiddie

In any industry, participants are always striving to make more money. Professional sports are no exception. However, despite the vast sums of money made by man professional athletes, the surprising and unfortunate reality is that most NBA players find themselves bankrupt within a few short years after retiring.

The reason for this is not entirely clear, however it is a positive, encouraging sign, to see players such as Dinwiddie take an active role in their financial future.

While this endeavour may not pan out, it is important to remember the old and simple adage – ‘nothing ventured, nothing gained’.

Possibly more than any other professional league, the NBA has shown an affinity for blockchain based endeavours. This affinity spans from, not only the players, but to the teams, and the league itself.

While the NBA may lead the way, various other leagues have dipped their toes in blockchain waters over the past year, as well.

Not every foray into crypto by athletes has gone according to plan, or ended on a positive note. Months ago, we reported on a case of illegally promoted security tokens by boxing great, Floyd Mayweather. In this instance, the SEC took an interest, and eventually settled with the offenders.