Fantom (FTM) Price is One Small Step Away from its ATH After a 30% Weekly Surge -Securities.io 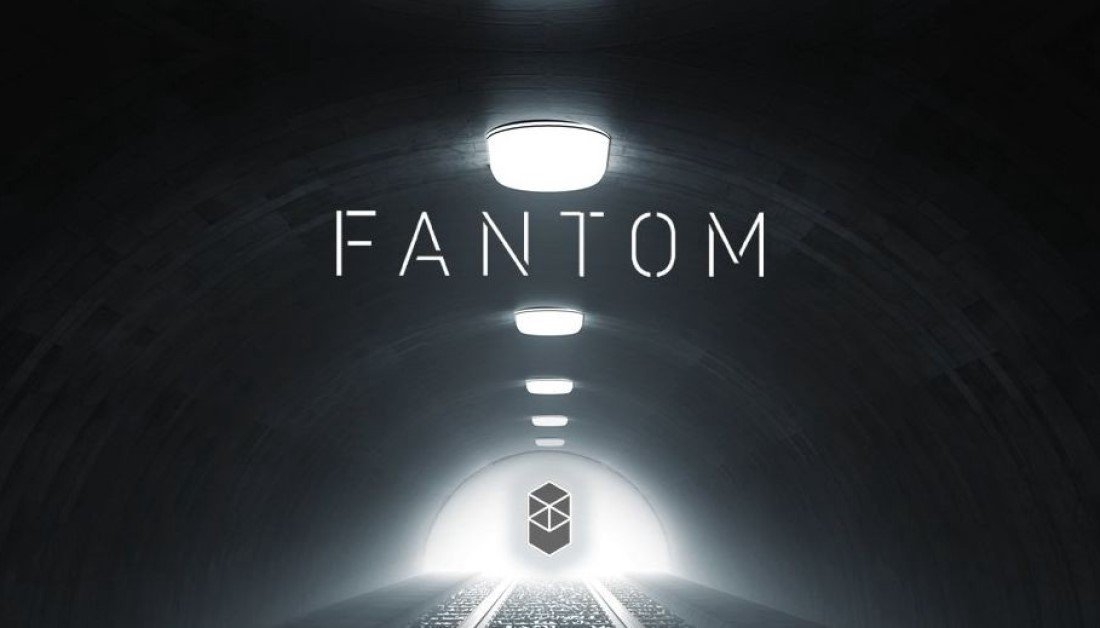 The last few weeks have been quite difficult on the crypto industry, with most coins suffering strong losses around Christmas, December 25th, 2021. However, we are now several days into the new year, and things are already beginning to take a turn, as the first bullish wave of the year appears to be coming.

However, there are coins like Fantom (FTM) that did not suffer severe price drops but have instead grown for weeks now, with little to no interruption.

Fantom started 2021 with a very low price of $0.017, but it started surging immediately. Its growth was slow at first, and it only climbed to $0.026 after three weeks back in January 2021. However, the speed of its growth started speeding up after that, and the coin managed to surge to $0.1 by the end of January.

By February 24th, it already climbed up to $0.65, although this was only a temporary achievement, and the resistance at $0.50 quickly forced it back, only to spend the next two months acting as a major barrier that prevented FTM from surging further up.

The resistance was finally broken in on April 28th, and the coin kept surging up until it reached $0.91.Unfortunately, this growth was cut short by the market crash that took place in mid-May, and it sent the coin back down to $0.17, which it eventually reached on the 19th of July.

After that, another bullish wave picked up, taking FTM up to brand new heights, allowing it to reach the price of $1.66 by the 9th of September. After a brief correction to $0.98, the coin rushed up again in a surge that took place over several months, finally reaching its peak on October 26th, at $3.13. 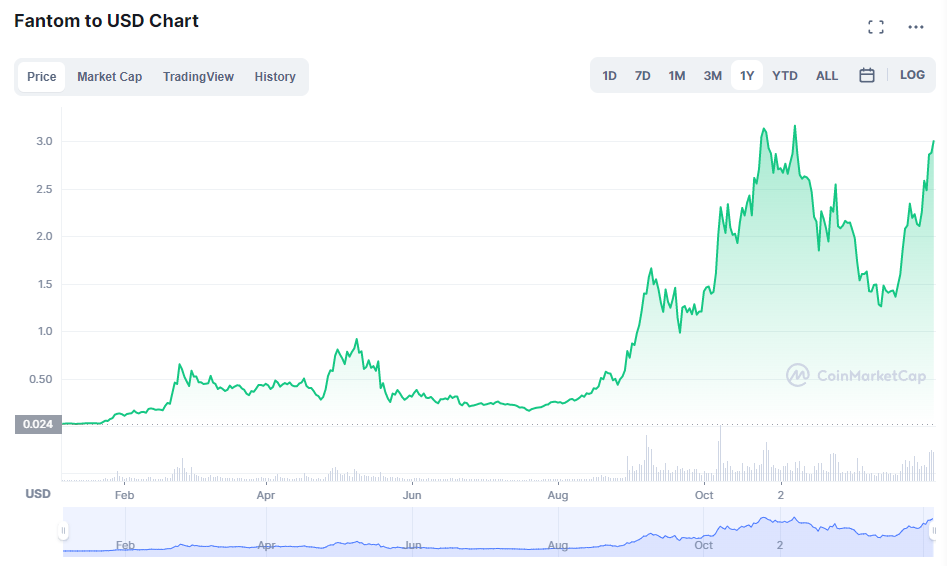 The resistance at $3 pushed it down to $2.70 by early November, but the coin made another attempt to break it, finally making its last ATH in 2021 by reaching $3.16. Just like in mid-May, mid-November also brought a market-wide crash that took over Fantom and forced it back down. In only a month, the coin went from its ATH to $1.26, losing over half of its value by December 14th.

This was when the market started its final surge of 2021, and while most coins only had a few days of price growth to enjoy, FTM started surging and it simply didn’t stop.

Starting on December 14th, the FTM price started going up. By December 26th, most coins were seeing another major drop in what is now known as the Christmas crash. Fantom, on the other hand, suffered only a minor correction before it kept surging. The coin then entered 2022 with major price growth, and right now, January 5th, 2022, it managed to once again reach $3.

In fact, at the time of writing, FTM’s price is at $3.02, after a 3.6% increase in the last 24 hours, and a 30% increase on a weekly basis. The only question now is whether or not Fantom can breach this resistance permanently, and finally turn it into a support from which it will be able to make further progress.

To learn more about this token visit our Investing in Fantom guide.