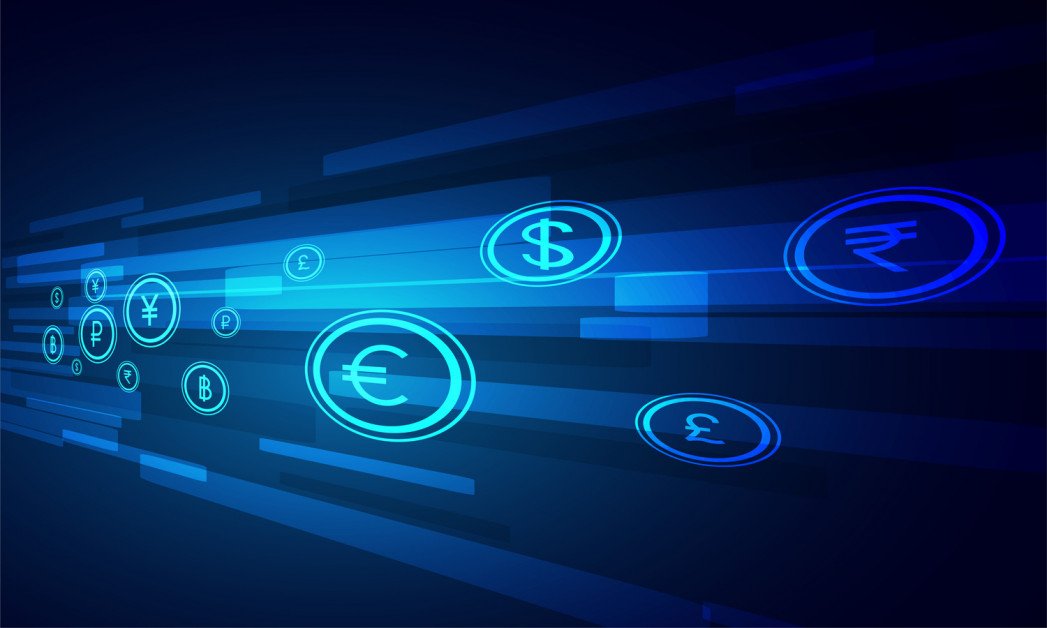 As the US government weighs Central Bank Digital Currency (CBDC) in terms of its advantages & disadvantages, the Depository Trust & Clearing Corporation (DTCC), a leading global financial services industry post-trade market infrastructure, is examining how tokenized securities and the CBDC can work together in a US settlement infrastructure — the infrastructure that processes securities transactions once the price has been agreed to, using blockchain.

“Financial markets around the world are experiencing a paradigm shift as distributed ledger technology (DLT) and tokenized assets are challenging traditional business models and market infrastructure providers,” reads the report.

So, as the world progresses towards a digital asset future, digital currencies are streamlining traditional payment networks and facilitating greater transparency across retail, wholesale, and cross-border transactions.

With digital assets of all kinds gaining traction as “DLT-based infrastructures are beginning to complement traditional market infrastructures,” CBDC, as an alternate form of fiat money for central banks, is garnering significant attention with several initiatives being explored by private and public institutions.

As such, the DTCC, in partnership with The Digital Dollar Project (DDP), a pro-CBDC nonprofit led by former Commodity Futures Trading Commission (CFTC) chief Christopher Giancarlo is also trying to understand the implications of a digital dollar on post-trade settlement.

Supported by Accenture, the group has published its latest white paper called “Exploring Post-Trade Security Settlement with a US Central Bank Digital Currency,” which covers the findings of its pilot project (previously known as Project Lithium) and feedback from participants.

The project is a new endeavor on DTCCs continuing journey of leading the world’s financial services industry to greater digitalization. Industry-owned and operated, the venture aims to simplify the complexities of clearance, settlement, asset services, data governance, data reporting, and information services across asset classes while providing greater security and certainty for financial markets.

“DTCC’s pilot with DDP assessed the use of a simulated CBDC and DLT for DvP settlement in the US wholesale markets through direct engagement with market participants,” which can help inform market participants and policymakers as to the requirements of this new technology and “currency paradigm,” said Jennifer Peve, Managing Director and Head of Strategy and Business Development at DTCC.

In 2021, DTCC’s subsidiaries processed nearly $2.4 quadrillion worth of securities, while its depository provides custody and asset servicing for securities issues from 177 countries and territories valued at $87.1 trillion.

By leveraging DLT, DTCC’s pilot aims to demonstrate success in settling tokenized securities efficiently and securely on the Digital Settlement Network prototype of DTCC against tokenized dollars on a simulated CBDC network, which Accenture provided.

In the pilot, two distinct asset networks were connected to enable resilient and secure security settlement with CBDCs. The team also looked into network governance, enabling a network administrator to resolve transactional issues by creating mechanisms that otherwise would have remained in observation mode, minimizing communication dependencies between parties, ensuring that assets were settled on both networks, and eliminating common counterparty risks during settlement.

Among the key outcomes of the pilot, DTCC first talked about the CBDC design approach, under which it gave due importance to multilateral settlement and asset encumbrance mechanisms. After all, they are core functional requirements for post-trade settlement.

Besides the network’s technology decisions and design choices driven by functional needs, it sees broader access to a digital Federal Reserve payments system to explore opportunities within the settlement bank space and drive innovation in traditional industry responsibilities.

As for network connectivity and design choices, the whitepaper emphasized the need for orchestration between the networks to ensure settlement when the settlement of securities and cash occurs on separate and distinct networks for minimized transaction confidentiality risks while providing sufficient transparency.

The pilot’s neutral third-party orchestration model minimized dependencies on communication between parties, mitigated counterparty risk at the time of settlement, and offered settlement guarantees. This approach, according to them, may even provide a governance model for future implementations.

According to the document, they used “an algorithmic encumbrance mechanism to enforce conditions on the release of assets, which leveraged smart contracts to control the asset rather than a third party.”

“CBDC settlement could provide funding and risk benefits and tradeoffs for the industry,” it noted.

Now for future exploration, the paper states that potential business benefits to CBDC settlement will depend on industry adoption. However, ecosystem adoption rates and requirements must be studied to understand the business value proposition better.

While the design and implementation of a logical model that could support cross-network settlement was the focus for this pilot, future experimentation would shift the focus on refining the model’s technology requirements, including performance and scalability, network standards and interoperability, and participant integration.

“The findings from this pilot serve as crucial information to inform worldwide CBDC developments and conversations that are rapidly increasing across sectors,” said Jennifer Lassiter, Executive Director of The Digital Dollar Project.

She also added, “Understanding the impact of CBDC technology on this critical aspect of financial market infrastructure is imperative to the evolution of US markets and will inform further CBDC research and experimentation globally.”

Several — and indeed most eager — central banks, including the Bank of England, Banque de France, Bank of Canada, Central Bank of Russia, and Dutch central bank, are already planning to issue their own digital currencies built atop blockchain technology.

China is currently leading this race, with the People’s Bank of China reporting that its digital fiat currency, the eCNY, is held in over 250 million digital wallets and is already responsible for 87.5 billion yuan ($13.78 billion) worth of transactions.

This month, the Reserve Bank of India also launched the first pilot for its retail digital Rupee, a month after the CBDC was launched for the wholesale segment for secondary market transaction settlement in government securities.

According to the DTCC’s report, 19 of 20 G20 countries, a grouping of the twenty largest economies, are exploring CBDCs.

Back in March, US President Joe Biden’s executive order laid out a government’s approach to digital assets and asked different government agencies to write policy recommendations on that approach, covering everything from the digital dollar to the regulation of cryptocurrency.

The Treasury has also recommended moving forward with CBDC development, part of the first-ever comprehensive White House framework for the responsible development of digital assets.

With the US dollar being the financial cornerstone of the US and global economy, DTCC and DDP believe that a digital dollar must be carefully studied in partnership with key stakeholders, both in the public and private sectors.

As such, they are identifying options for solutions for a CBDC that would help improve the effectiveness of monetary policy and financial stability; ensure needed scalability, security, and personal privacy for retail, as well as wholesale and international payments; and integrate into existing financial infrastructure, including projects related to the Federal Reserve System.

A CBDC can assist with accelerating settlements, the DTCC said, in part by automating reports that DTCC is required to submit to the Fed. The DTCC is studying whether digital currencies issued by the Fed can settle trades once a broker sends money.

More comprehensive access to a digital Federal Reserve payment system may provide new opportunities in the resolution banking model and spur innovation within the legacy liabilities of the industry. The digital era requires banks to be transparent, credible, dynamic, agile, and safe.

The direct transfer of tokenized assets to central banks’ digital currencies also provides an enormous foundation for simplification, efficiencies, and the frontier for novel products and services.

Talking about the implications of issuing a wholesale or retail CBDC, the report notes that having access to a digital dollar would remove the reliance on a bank that holds an account with the Federal Reserve, in turn reducing systemic risk by distributing cash settlement responsibilities across additional organizations.

“This expanded access to the Federal Reserve payment system could also change the role of existing settlement banks, shifting their focus to lines of credit and point solutions for market participants,” it added.