Due to the popularity of these projects, it’s becoming more common for traders to strive to learn the key differences between Dogecoin (DOGE) and Cardano (ADA). These networks were developed in different stages of the market’s expansion. As such, they target different users and offer different features. Here’s everything you need to know about Dogecoin (DOGE) vs Cardano (ADA).

Dogecoin was an early hard fork from the Bitcoin blockchain, which operates as a first-generation blockchain.  When it entered the market in 2013, there were no smart contract programmable blockchains. As such, Dogecoin operates primarily as a payment system.

However, the story behind the creation of this asset adds to its uniqueness and overall value in the market. Dogecoin was founded by Billy Markus and Jackson Palmer. As the story goes, Markus wanted to make a cryptocurrency that could make fun of the seriousness of the Bitcoin revolution at the time. 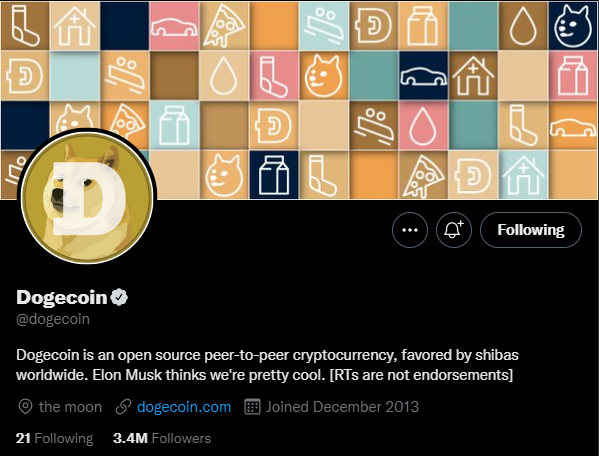 He started the project by taking the Bitcoin coding and simply swapping instances of the word Bitcoin over to Dogecoin. From there he added some other funny changes such as changing miners to diggers. Next, the developers decided to attempt improving on Bitcoin’s design by increasing the block size and speeding up the block times.

Cardano (ADA) came out much later than Dogecoin, and is known as a third-generation layer 1 blockchain.  The project has always been a favorite of traders due to the integration of academic processes into the creation process. Even the name Cardano originates from the famous Italian polymath and physician, Girolamo Cardano. He is best known for introducing systematic computations to the world.

Additionally, Cardano was developed by two well-known Ethereum co-Founders Jeremy Wood, and Charles Hoskinson.  The two decided to leave Ethereum and create Cardano to fulfill some of the perceived shortcomings of Ethereum. Interestingly, the developers chose to work closely with the academic and scientific sectors to improve their products.

The main thing Dogecoin was made to do was brighten up your day. The protocol uses a loveable meme because the original goal of the token was to be a sort of parody of Bitcoin. The token has gone from an inside joke between Redditors to one of the best-known projects in the world. Dogecoin’s goal to make cryptocurrencies relatable has spawned the creation of the meme coin sector and introduced cryptocurrencies to millions around the world.

Another issue that Dogecoin was made to tackle was scalability concerns. Even as far back as 2013, people were sounding alarms regarding the technical structure of Bitcoin and its 1MB and 10-minute block times. Dogecoin increases the block size and speeds up block times in an attempt to improve scalability and reduce congestion.

Like Bitcoin, the goal of Dogecoin was to provide users with a secure way to conduct transactions in a peer-to-peer manner. The network operates as pure code, and enables anyone to send value internationally in a permissionless manner in minutes. Today, Dogecoin is available on most CEXs (Centralized Exchanges).

Cardano was designed to figure out if there was a smarter way to build blockchains. The network leverages the peer review method along the entire development process to improve results. Cardano provides a more democratic experience than Bitcoin and Dogecoin because it eliminates the use of miners. 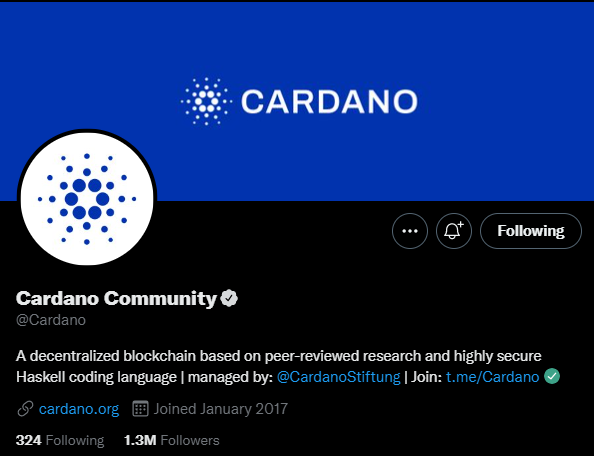 Anyone can secure passive returns using the Cardano staking systems. Staking is the best option for new traders seeking consistent returns on their crypto, while helping to secure the network. Additionally, it provides an easier route for those seeking to secure returns helping to validate transactions on the network.

Cardano helps to alleviate security concerns in the market. The protocol is an open-source project that has undergone thorough vetting from developers and academics. The system operates using a low energy consumption PoS (Proof-of-Stake) consensus mechanism.

Dogecoin operates similarly to Bitcoin in that there are miners that validate transactions on the blockchain. All miners, or in this case ‘diggers’, validate every block of transactions. Notably, only one receives rewards for the action. This setup provides a high level of security to the network.

Dogecoin has no pre-set market cap. The developers have the network set up to issue 5 billion tokens a year. This decision was made after the project dispersed all of its tokens by 2015. The sped-up block times caused this to occur. Notably, since Dogecoin was launched as a joke between friends, the network’s creators never did a pre-mine which means that tokens were more evenly distributed compared to pre-mined networks.

Cardano is a PoS blockchain, meaning the network doesn’t rely on miners. Instead, regular users stake their tokens as part of the validation process. Cardano users must hold the network’s utility token ADA to interact with its features and services. Notably, the platform is the first to use the Ouroboros consensus mechanism.

Ouroboros is a PoS variant. It introduces a random selector to the equation. The system will randomly select leaders at the start of what is called an epoch. Epochs are time-stamped frames on the blockchain. Their purpose is to enable validators to reference the epoch points rather than review the entire blockchain.

How to Buy Dogecoin (DOGE) and Cardano (ADA)

Currently, Dogecoin (DOGE) and Cardano (ADA) are each available for purchase on the following exchanges.

Dogecoin Vs. Cardano – Opposite Ends of the Spectrum

Other than sharing the same trading platforms, these networks are very different. Dogecoin is a fun-filled class clown that sparked the meme coin movement. Whereas, Cardano is more like a science class teacher. Since they both provide their services to different niches, there is no clear victor in this battle in terms of trading prospects. However, both are interesting enough to continue to monitor moving forward.