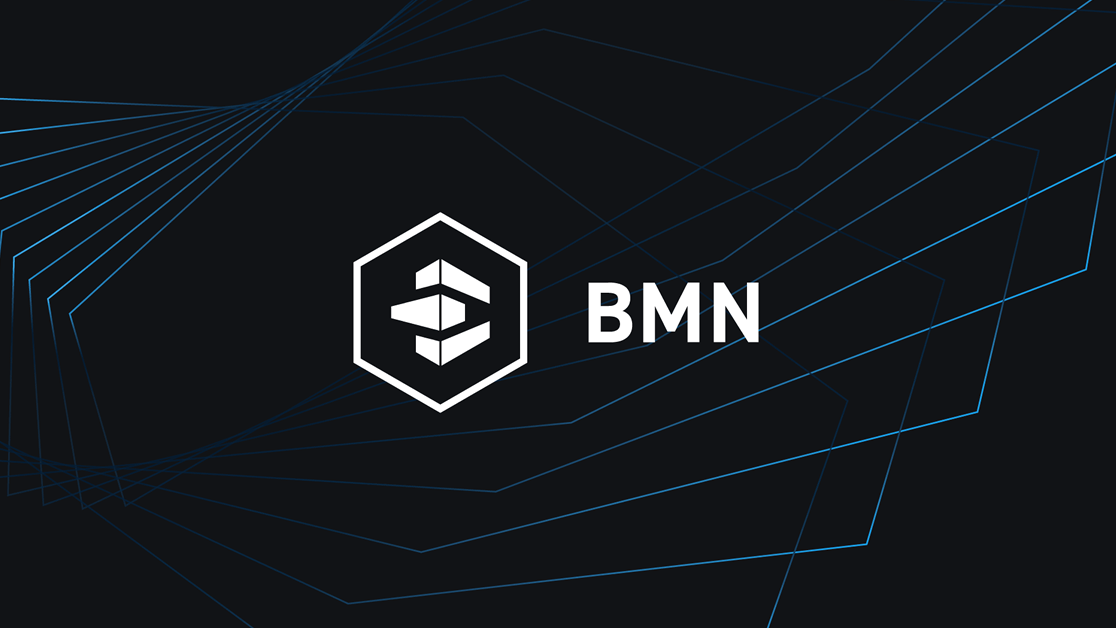 Bitcoin infrastructure company Blockstream launched the Blockchain Mining Note (BMN) security token in April 2021. BMN runs on Liquid, a Bitcoin sidechain developed by Blockstream. BMN is an EU-compliant security token issued through a Luxembourg securitization fund. The Blockstream Mining Note series 1 (BMN1) has been offered to investors in different BMN1 tranches. The first tranche of BMN1 was issued for $233,000.

1.00 BMN1 token entitles an investor to up to 2,000 TH/s of Bitcoin hashrate. BMN1 yields can be redeemed after a 36-month (three years) term. BMN1 yields are paid in bitcoin. Blockstream estimates a BMN1 to yield ~11.8 bitcoin in the three-year term.

The issuance of BMN1 security tokens is part of Blockstream’s effort to tokenize its mining business. Blockstream says, every BMN token is linked to an actual miner and hashrate, and the tokens are issued after mining equipment have been procured and mining commenced. Unlike other cloud mining platforms whose mining activities are unverifiable, Blockstream aims to be transparent about its mining business. Blockstream also provides a dashboard so its investors can track and view relevant data on their BMN1 investment.

BMN1 can be referred to as a hashrate token in crypto parlance. Hashrate tokens represent a predetermined amount of computing power controlled by the token issuer. Through hashrate tokens, investors can gain exposure to bitcoin mining without setting up mining hardware.

Holders of BMN1 earn dividends in bitcoin mined by an affiliate miner. The mined bitcoin is sent to a private fund (cold storage) and released to the investor after a three-year holding period. Blockstream says its model of distributing BMN1 Bitcoin dividends yields better results than trading Bitcoin at spot price and paying investors in fiat throughout the holding period.

A report curated by Security Token Market (STM) focuses on BMN1, its structure, investment benefits, and performance. The report also compares the yields of BMN1 to the buy-and-hold strategy of Bitcoin investors. Then a comparison between BMN1 and other Bitcoin institutional products like the spot Bitcoin ETF.

The ORO fund, established by Blockstream and managed by SICOS securities, is the securitization vehicle that oversees the BMN1-linked mining operations. BMU OpCo Limited, a special purpose vehicle (SPV) compartment within the ORO fund, was established to receive the accrued Bitcoin from the mining operations. Parts of BMU OpCo’s duties include holding the bitcoin accrued from the mining operation until the maturation of the investment contract and overseeing necessary expenses such as legal, accounting, and regulatory filing fees.

Blockstream says “the three-year holding term provides better performance than selling bitcoins throughout the life of the contract and paying investors in fiat.” Blockstream found from backtesting available data that “delivering all mining costs upfront and mining bitcoins as they allow with BMN1 has been more profitable in any 36-month term than mining and selling the bitcoins and distributing fiat currency.”

BMN1 vs Bitcoin: Comparison of Returns

Key findings in the report reveal that BMN1 performed better than Bitcoin in both historical performance analysis and future price simulation analysis. “Investors who ‘bought and held’ Bitcoin or other popular institutional Bitcoin derivatives when BMN1 was issued are down at least 10% more than BMN1 investors,” the report states.

The chart below, included in the STM report, depicts the potential return on each tranche price of BMN1 based on the price of BTC. 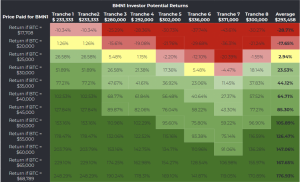 If the price of BTC dropped from $58,000 to below $20,000 in the three-year term, the BMN1 investors still mitigate drastic losses when they sell their accrued bitcoin.

BMN1 offers investors some protection during meltdowns, and higher percentage gains when the market is in ‘bull mode.’ Investors in BMN1 have performed significantly better than investors who bought and held spot Bitcoin. BMN1 also performs better than the most popular Bitcoin ETFs — making it the most attractive product available to institutional and qualified investors, the report states.

BMN1 is tradable on the secondary market including on Bitfinex Securities, SideSwap, and Stokr.

To learn more about Bitcoin, visit our Investing in Bitcoin guide.