What is Bitcoin Mining? A Beginners Guide for New Users - Securities.io 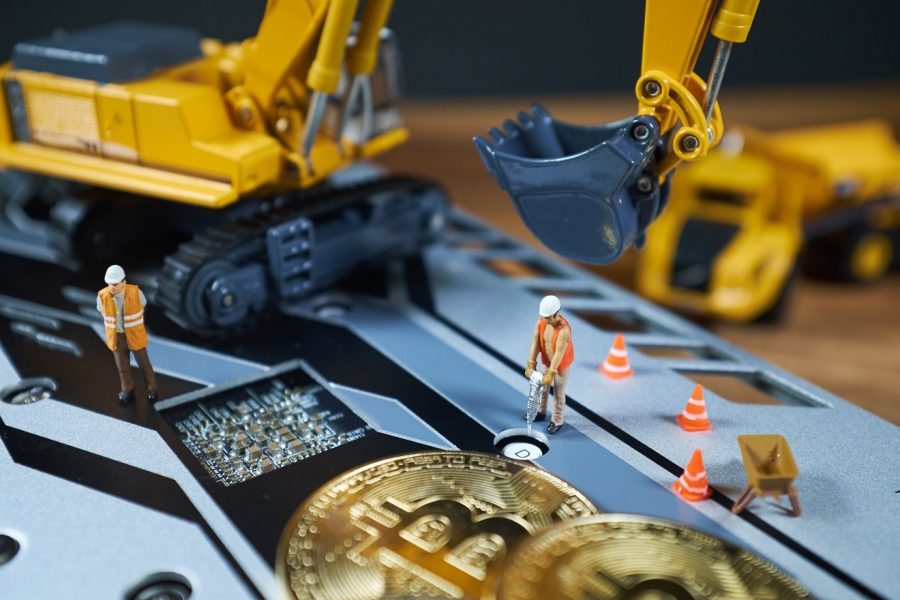 You don’t have to venture too deep into the crypto market before you stumble upon the term Bitcoin miners. Understanding Bitcoin mining, what purposes it serves, and how to become one is an important part of familiarizing yourself with blockchain technology. Bitcoin miners are the core of the world’s largest blockchain. Here’s how they keep users safe and help promote further Bitcoin adoption.

To understand what a Bitcoin miner is, you need to first understand blockchain technology. A blockchain is a network of computers that all work together to update and verify a digital ledger. Unlike centralized systems like your bank, blockchain relies on a decentralized protocol to keep the ledger secure.

What are Bitcoin Miners?

In a traditional banking scenario, your centralized financial institution would receive your transaction request and then approve or deny it depending on how it suited their particular agenda. In Bitcoin’s network, the central bank is replaced by regular users. Regular users all work together to verify blocks of transactions simultaneously. These users are what are known as Bitcoin miners.

The term miner refers to the amount of time and resources required to successfully mint new Bitcoin. Just like mining for gold, there is an expenditure associated with the creation of the asset. In this way, each new Bitcoin is born with inherent value. 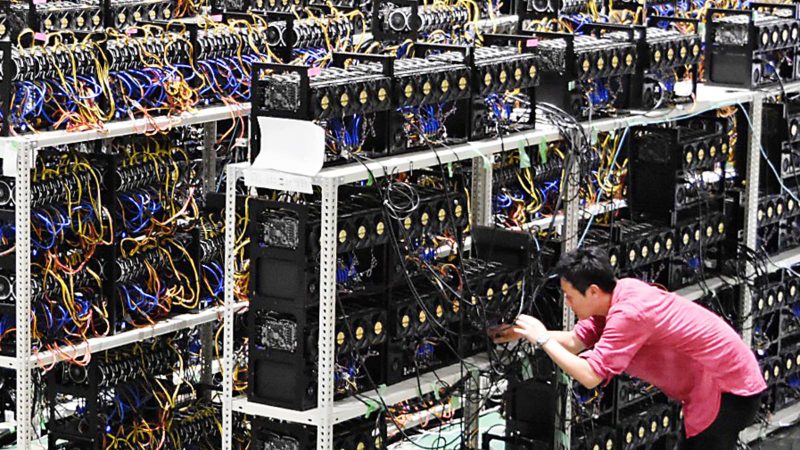 In Bitcoin’s blockchain, every miner (also known as a node) works together with the network to verify every transaction. However, only one miner receives the reward and gets to add the actual block to the chain of transactions, thereby extending the blockchain.

Bitcoin’s network introduces a protocol known as Proof-of-Work (PoW) to determine what node gets the reward for their efforts. This system is an advanced mathematical equation. The equation is so difficult that it’s more logical for you your computer to make random guesses rather than complete the equation directly.

This random guessing pushes your processor to the max. This computational effort results in expenditures in the form of electricity costs. Reports have put Bitcoin’s energy consumption at around 120 gigawatts (GW) per second. This converts to about 63 terawatt-hours (TWh) per year.

The Bitcoin network depends on a mathematical algorithm known as SHA-256. The SHA stands for secure hashing algorithm. This one-way cryptographic hash function ensures that every Bitcoin transaction is verified and confirmed by multiple sources before its addition. To provide extra security, Bitcoin applies the SHA-256 function twice. This process is known as double-SHA-256.

Bitcoin rewards miners for their efforts in newly minted Bitcoin. Notably, this is the only time new Bitcoin enters the market. In this way, Bitcoin functions as a predictable monetary supply. In its earliest days, Bitcoin miners received a reward of 50 BTC for their troubles. While this may seem like a fortune today, it was only a couple of dollars back then.

In order to ensure the steady issuance of Bitcoin, the system employs a difficult adjustment algorithm. This protocol requires the answer to the SHA-256 equation to have a certain number of zeros in front to be eligible as the correct answer. The difficulty of this equation can be increased or decreased by requiring more or fewer zeros in the answer’s preface. 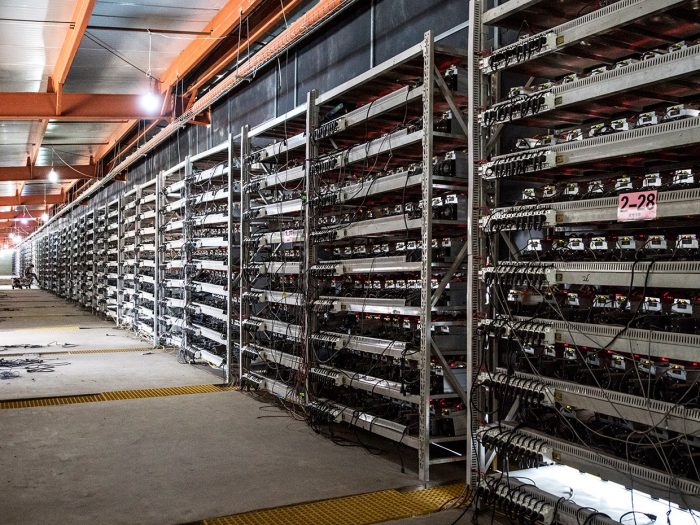 What are Bitcoin Miners?

As part of the difficulty adjustment, Bitcoin’s mining rewards decrease by halves over time. This decrease corresponds with the rising value of the coin in the market. These events are known as halvings by the mining community. They are huge events that are usually followed by stratospheric gains in Bitcoin’s value. The last halving occurred on May 11, 2020.

As the value of Bitcoin increased, so did the interest of miners to figure out ways to better solve the SHA-256 equation. These efforts led to the creation of custom-built mining rigs designed specifically to approve Bitcoin transactions. These mining rigs began as a home built projects. Today, the mining rig industry encapsulates billions of dollars.

The first major mining rig upgrade came when miners realized that graphic cards are much faster at solving the repetitive task of the SHA-256 equation. Your CPU is good at a lot of things but not really great at anything. Whereas, graphic cards are excellent at specific tasks but they’re not really useful for any other purpose other than ones that fit their primary use case.

Eventually, miners realized that GPU cards were way more effective at completing the Proof-of-Work algorithm when compared to normal PCs. This realization led to a market rush for these cards. Firms like Nvidia began to see their entire supply of cards purchased by mining farms seeking to gain valuable hashing power in the network.

Eventually, there were huge delays and wait times on these products. The problem got so bad that manufacturers complained that their intended customers were able to get their hands on the products due to the high demand by miners.

Everything was going well for GPU miners until the world’s largest Bitcoin Mining rig manufacturer, Bitmain upped the ante. The firm changed the market forever with the introduction of the first ASIC (Application Specific Integrated Circuit) mining rig. ASIC miners are thousands of times faster at solving the SHA-256 algorithm when compared to GPU cards. 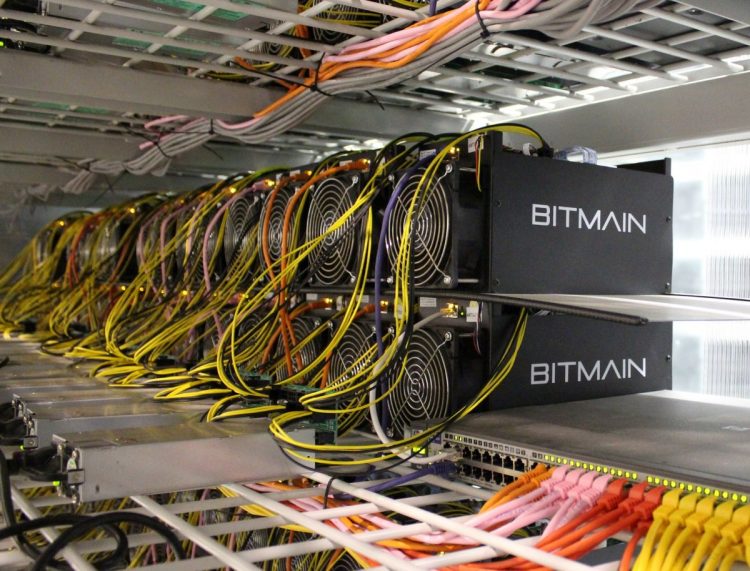 The secret to ASIC rigs’ effectiveness is the fact that they are custom built to solve the SHA-256 algorithm and nothing else. This purpose-built Bitcoin mining chip created an influx in hashing power which increased the difficulty even further for regular miners. Importantly, you can only use ASIC miners for their intended cryptocurrencies. They are unable to shift their mining algorithm to other options.

Bye-Bye to the Average Miner

It soon became evident that CPU mining was no longer a viable option. You can still CPU mine today, but the chances of outperforming these high-powered rigs are slim to none. Not impossible, but highly improbable. Still, there are many in the market that seek to return to the days in which any users could help secure Bitcoin’s network and earn a profit.

As the largest mining rig manufacturer and mining pool operator in the world, Bitmain holds considerable sway in the market. The platform flexed its muscles when it supported the creation of Bitcoin Cash during the late 2017 hard fork. Their support helped cement the coin as a viable alternative in the market.

The largest Bitcoin mining pool in the world currently is F2Pool. Insanely, just this one pool controls 20% of the collective hash power of the network. Notably, operating a mining pool is a tricky task. F2Pool states it has experienced long droughts where the pool didn’t receive any rewards. In more than one instance, the platform lost over 100 BTC in terms of having to pay miners without mining blocks themselves. However, when you look at the big picture, mining pools end up being hugely profitable for the firms that operate them and can sustain these droughts.

For anyone that wants to become a Bitcoin miner but doesn’t want to spend time learning the technical aspects of the art, or researching how to build or purchase a top-quality rig, there is cloud mining. Cloud mining platforms rent out their hashing power to users for an agreed rate. Cloud mining is one of the easiest ways for new users to participate in the mining sector without a major upfront investment.

This year saw multiple mining scams come to light. In one example, a group of scammers running a firm by the name of Mining City Cloud Mining from the Philippines frauded users out of millions. The firm claimed to pay $92 a day in profit to participate miners. Notably, in the Philippines, this is a considerable amount of funding which served as the perfect bait for new crypto users.

Regulators put a stop to the scam this year in September. Officials stated that “Mining City is not registered with the Commission and operates without the necessary license and/or authority to solicit, accept, or take investments/placements from the public nor to issue investment contracts and other forms of securities.” They also went on to accuse the firm of running a Ponzi Scheme.

There are a variety of Bitcoin mining concerns that the market is currently facing. For one, there are unprecedented levels of centralization in the market. Centralization is bad for Bitcoin because it erodes the security of the network. Additionally, it allows one group to further dictate their will on other users in terms of approving upgrades and protocol changes.

One popular option employed by around 39% of the Bitcoin mining community is renewable energy. The use of geothermal, wind, and water-based electricity systems allows Bitcoin miners to secure their profits without any waste. The effort to shift over to more green alternatives has been slowed by electrical companies offering discounts to Bitcoin mining farms. 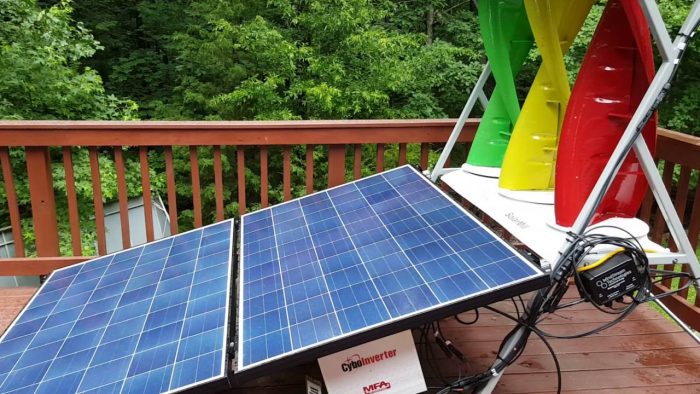 The Future of Bitcoin Mining

It’s anyone’s guess what the future of Bitcoin mining will hold. There is no doubt that manufacturers will continue to push the processing boundaries in terms of mining rigs. There is also a strong chance that the institutional adoption of Bitcoin will cause more network usage in the coming months as well. All of these concerns lead to more difficulty on the part of miners.

Additionally, there is the fact that one day all 21 million Bitcoin will be mined. Nobody is sure what will happen to the network at this point, but most analysts agree, Bitcoin will hold significant value by this time. At the current Bitcoin issuance rate, the last Bitcoin will be mined around 2140. Luckily, there’s plenty of time for developers to figure things out.

There’s also the chance that Bitcoin may decide to abandon its Proof-of-Work algorithm in favor of a more sustainable option one day. While this may seem impossible, the world’s second-largest PoW blockchain, Ethereum is already making preparations for just such a maneuver. Ethereum intends to convert from a PoW mechanism over to a Proof-of-Stake (PoS) system before the end of the year. This conversion eliminates the need for the SHA-256 algorithm and reduces the overall electric consumption of the network. It would also allow users to stake their crypto to secure the network.

As it stands now, Bitcoin’s core community is in no hurry to alter any of the main protocols of this revolutionary coin. Instead, Bitcoin maximalists believe that the secret to large scale Bitcoin adoption lies in the development of supplemental technologies such as the Lightning Network. Through the use of these off-chain protocols, Bitcoin gains new functionality, efficiency, and speed. For these reasons, Bitcoin mining is set to be a thing for many years to come.

Investing In Cloud Mining – Everything You Need to Know

Big Bitcoin Scams to Avoid for 2021