Where in the World is Ruja Ignatova? - Securities.io 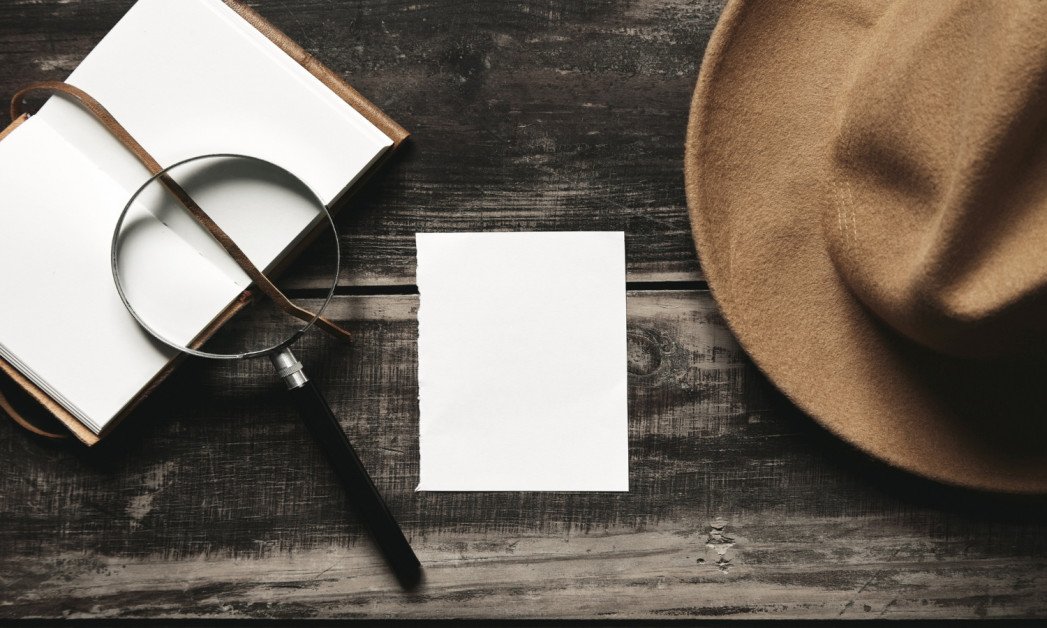 Ruja Ignatova, otherwise known as the CryptoQueen and founder of OneCoin Ltd, is wanted by US authorities for fraud and conspiracy. The mastermind behind the multi-billion dollar fraud conspiracy is still at large after she disappeared in October 2017. Ignatova was last seen boarding a commercial flight from Sofia, Bulgaria, to Athens, Greece.

Two years later, in October 2019, a federal grand jury in Pennsylvania indicted Ignatova on seven counts of wire fraud and five counts of money laundering. If convicted, she can face up to 20 years in prison.

In February 2022, it was reported by Deadline that the story of Ruja Ignatova and OneCoin was being adapted for television.

Ruja Ignatova, or Dr. Ruja, was a prominent figure in the growing cryptocurrency market. The self-styled crypto queen, however, is now wanted by law enforcement for her involvement in the OneCoin scheme. She started her own company, OneCoin, in 2014 with her brother Konstantin Ignatov, which was touted as a lucrative rival to the leading cryptocurrency, Bitcoin.

She is believed to have defrauded people of billions of dollars as the founder of OneCoin, which was a pyramid scheme that promised investors returns on their cryptocurrency investments. She successfully convinced hundreds of thousands of investors to join her company by pitching it as a legitimate business.

According to court documents, she described OneCoin investors as “dumb” and told them that the company was taking their money for research and development. However, it turned out that OneCoin was actually a scam. Evidence reveals that Ignatova took hundreds of millions of dollars from investors worldwide without offering any real product or service in return.

But by 2016, it was becoming clear that the project was nothing more than a facade when investors couldn’t sell their OneCoins to recoup their original investments, court documents said.

The same year, in June 2016, she appeared on stage to a cheering crowd at London’s Wembley Arena. “In two years, nobody will speak about Bitcoin anymore,” Ignatova said as investors applauded.

Over a year later, Ignatova fled and has been able to remain on the run since 2017, when she disappeared from Bulgaria using a false passport. It is thought that she may be hiding out in parts of Europe or with friends and associates across the globe.

It was in October 2017 that she suddenly vanished without a trace. Her brother also vanished shortly after her disappearance but eventually resurfaced in 2019, only to be arrested by authorities for his involvement in the fraud scheme.

The US Federal Bureau of Investigation (FBI) first began investigating Ignatova’s company OneCoin in 2018 after they suspected illegal practices. The US government has alleged that investigators believe Ignatova and her cohorts have defrauded more than $4 billion from investors in over 100 countries.

The IRS is actively searching for her and other alleged co-conspirators with a special agent assigned to her case by the FBI. Ignatova is currently one of the FBI’s top-wanted fugitives. On June 30, 2022, she was added to their list of most wanted criminals for her role in this virtual twist on an old scam, which preys upon those hoping to get rich quickly through cryptocurrency investments.

The scheme set up by Ignatova, which involved committing securities fraud through connivance and deception, has been compared to those of other notorious criminals, such as suspected cartel leaders and fugitive terrorists and killers.

Ignatova is the only woman on the current list of 10 most wanted fugitives, sharing it with the world’s most notorious criminals, terrorists, alleged murderers, and accused gang leaders. Of the 529 total fugitives on the FBI’s list since it was launched more than 70 years back, she’s one of just 11 women that ever appeared on it.

The FBI’s Ten Most Wanted List is a list of the top ten most wanted fugitives who have escaped many alleged perpetrators. Created in 1950, it has been published by the FBI’s offices in all 56 field offices and its headquarters at the J. Edgar Hoover Building in Washington, DC, as well as on its website and in other countries through Interpol.

The list is compiled by the Criminal Investigative Division (CID) at FBI Headquarters, which works with the FBI’s field divisions to submit candidates for inclusion on the list. Candidates must be wanted for committing violent crimes such as murder or rape and must pose a danger to society if not apprehended. The list also includes names of people wanted for human trafficking, cybercrime, and other federal law enforcement needs.

The goal of the list is to bring national and international attention to these dangerous criminals and hopefully prompt their capture. Each year the FBI works with local law enforcement agencies from all over the country to add new names to the list.

The agency has Ignatova’s face plastered on its website as part of its “Most Wanted” list, but so far, it has proved impossible for authorities to trace her whereabouts or apprehend her. Remarkably, one person can disappear in today’s interconnected world, with many surveillance cameras everywhere.

While Ruja Ignatova has managed to evade capture and continues to remain free, some of her cohorts have already been apprehended.

Her brother, Konstantin Ignatova, who took over leadership of OneCoin, was arrested by the FBI in 2019 for a wire scam. Konstantin has been sentenced to nine years in prison for his part in the scam. Meanwhile, Ignatova’s boyfriends, Mark Scott and Gilbert Armenta have been cooperating with the FBI in exchange for leniency.

According to the FBI, she learned that her company was being investigated after she bugged the New York apartment belonging to her American boyfriend and found out he was cooperating with a federal probe into OneCoin’s practices. Documents found here belonged to Ignatova and solidified the authorities’ case against her.

Just last month, the US Department of Justice announced that Ignatova’s associate and OneCoin co-founder Karl Sebastian Greenwood has pleaded guilty to federal charges of wire fraud and money laundering in connection to the multi-billion dollar scam.

As a founder and leader of OneCoin, Karl Sebastian Greenwood was behind one of the largest international fraud schemes in history, said US Attorney Damian Williams in a statement at the time. He added that Greenwood, along with his co-conspirators, including fugitive Ruja Ignatova, tricked unsuspecting victims out of billions of dollars by claiming that OneCoin would be the ‘Bitcoin killer’ when those coins were, in fact, completely “worthless.”

Greenwood was arrested in July 2018 in Thailand and then extradited to the United States a few months later in October.

According to the FBI, Greenwood was the “global master distributor” of the fraudulent cryptocurrency and led the multi-level marketing network that marketed and sold it. Williams said Greenwood’s statements were designed to get people worldwide to part with their money so that he could line his own pockets with hundreds of millions of dollars. He also pointed to emails between Greenwood and other OneCoin operators that detailed their “exit strategy” from the scam.

In an email from 2014 to Greenwood, Ignatova said they should “take the money and run and blame somebody else for this.”

Even when working on the concept for the OneCoin, Greenwood and Ignatova referred to it in emails as a “trashy coin.” The federal officials further said in court documents that Greenwood described their investors as “idiots” and “crazy” in an email to Ignatova’s brother.

On December 7, 2022, documents were unsealed in the Southern District of New York at Williams’ request.

“This guilty plea by the co-founder of OneCoin sends a strong message that we are coming after all who seek to exploit the cryptocurrency ecosystem through fraud, no matter how big or sophisticated you are,” Williams said.

Running Out of Time

With Ruja Ignatova’s cohort getting apprehended, it won’t be long before she gets caught as well. She is believed to be hiding out in Bulgaria, and the Bulgarian government has issued a warrant for her arrest. Interpol has also issued a Red Notice for her, which is the highest level of alert for an international fugitive.

The authorities are eager to bring Ignatova to justice and offer rewards for information leading to her arrest, with the FBI offering as much as $100,000.

With all of the technology and interconnectedness that exists in the world today, it would seem that it would be nearly impossible for someone to just disappear. However, it happens more often than one might think. While it can be difficult to do, if the person is resourceful and has few ties to their old life, it is possible. And Ignatova is just that, as she had “a tremendous amount of cash” with her when she fled, as per Michael Driscoll, the assistant director-in-charge of the FBI in New York.

With someone as high-profile as Ignatova disappearing, there are many theories about what happened to her, but no one knows for sure.

It is possible that Ignatova is hiding out somewhere, perhaps in an attempt to escape the law. If she is hiding, it is likely that she has taken measures to avoid being detected, such as using false identities and staying off the grid.

According to the information available on the FBI website, Ignatova is believed to travel with armed guards and associates, and she may have had plastic surgery or otherwise altered her appearance.

Another possibility is that Ignatova is dead. This is admittedly a more morbid theory, but there is some evidence to support it. For one, Ignatova has close ties to organized crime, and it is not unheard of for people in her position to meet a violent end. Additionally, her disappearance coincided with a large withdrawal of funds from OneCoin, which could suggest that she was killed for her money.

Of course, it is also possible that Ignatova is alive and well and simply doesn’t want to be found. She could be enjoying her ill-gotten gains in a remote location or working on another scheme. Only time will tell.

As we stated above, Ignatova is also on the FBI’s 10 Most Wanted list, and with an estimated 93% of all individuals on the list captured, this leaves a very small chance that she will remain at large for a long time now. So, if she is still alive, it is only a matter of time before she is captured.

Lightning Network is Synonymous Bitcoin – These Blockchains Use it Too