Thai Government to Use Blockchain in Bond Issuance - Securities.io 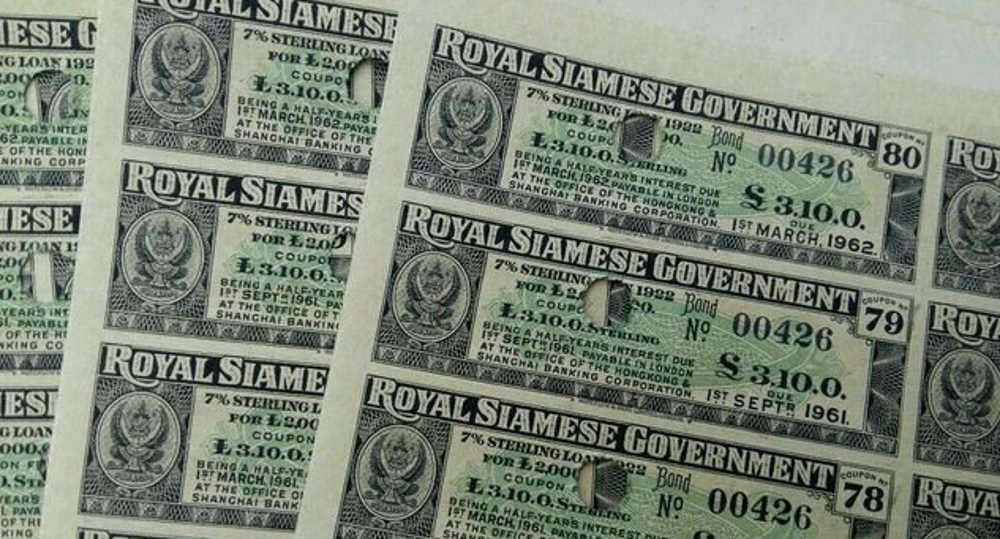 Another minor, but significant development in digital securitization is unfolding in Thailand, where the public debt management office (PDMO) is set to issue government saving bonds that will be distributed with the help of blockchain.

This is an initial trial done by PDMO, which is part of the country’s finance ministry, to leverage the blockchain technology in issuing and distributing government bonds to the public.

According to local reports, the office is issuing bonds in total value of around $6.5 million (200 million baht). One particular feature of the blockchain technology is already clearly visible, as the bonds are being sold at a face value of 1 baht – the lowest ever amount for government bonds, which are usually priced at 1,000 baht.

Why is Bond Tokenization Important

The bond market is one of the oldest and most relied-upon asset classes, providing key financing for governments, corporations, and investors. Despite the market’s popularity with both institutional and retail investors, digitization has been incredibly slow.

Bond issuance is generally a long process that involves multiple intermediaries, incurring high costs and the risk of human error. These are common pain points in the financial securities market that technological innovations are hoping to solve.

This is where bond tokenization comes into play with the aim to lower the various costs associated with bond issuance. The application of blockchain technology can benefit the bond market as a whole by enhancing data visibility, reducing counterparty risk, and improving operational efficiency.

When buying and selling bonds, buyers can instantly verify that the sellers own the bond by looking at the blockchain. This also immediately eliminates the need of having intermediaries since the bond lives on a trustless and immutable ledger.

Blockchain also eases the process of bond issuance with the terms and conditions including the principal amount, coupon rate, and maturity date, being ingrained into code. As a result, the payment process can be automated: issuers can distribute interest payments directly to the bondholder’s wallet address.

With the novel technology, issuers of securities have the possibility to represent financial assets as granular as necessary. Since verifications, transactions and settlements take place on a blockchain ledger, there is no additional hassle or paperwork to go through, compared to traditional methods of asset securitization and distribution.

This is a huge advantage technology provides and general director of the PDMO Patricia Mongkhonvanit, recognizes that this will also open up new opportunities for everyone to buy government bonds:

“This should enable more people at the grassroots level to buy the government’s saving bonds,”

The government savings bonds will be available for purchase through the Krung Thai Bank’s (KTB) blockchain platform, which is wholly state-owned and the distribution will take place through an e-wallet. While this is an entirely novel way of conducting a government bond issuance, it is not an unfamiliar experience for many.

If the smallest bond partition is 1 baht, the minimum acquiring limit is set at 100 bonds per purchaser, with investment capped at 500,000 baht – according to PDMO.

In order to gauge public interest and spread the message, the government had beforehand let people subscribe through the blockchain-based e-wallet. The 200-million-baht savings bond offering is an initial test and those who are interested in participating must have accounts at KTB and apply through the bank’s e-wallet.

Thailand’s PDMO had recently closed the sales of savings bonds worth 50 billion baht, which was part of the government’s 1-trillion-baht plan to mitigate the economic damage following the COVID-19 pandemic.

The rising interest on the side of the Thai government to pursue more efficient ways for issuing bonds is further confirmation that the role of blockchain technology for digital asset securitization is broadening. Should the trial issuance on the blockchain be viewed as a success, there is a chance to see more government bonds being distributed this way.

Thailand has also been one of the countries eager to step forward with their experimentation of blockchains for financial securitization. For instance, back in 2019 the Thailand Bond Market Association announced it would adopt blockchain for bond registration. The local Toyota Leasing in the country had issued a blockchain bond. In addition to that, the stock exchange also has plans to launch a blockchain-based digital asset platform.