Investing In Bitcoin Cash (BCH) - Everything You Need to Know - Securities.io

Connect with us
Bitcoin Cash 101:

What is Bitcoin Cash (BCH)?

Bitcoin Cash (BCH) is a peer-to-peer electronic cash system that is the result of a hard fork from Bitcoin’s blockchain. Notably, Bitcoin Cash is by far the most successful hard fork of Bitcoin to date. This project entered the market under a cloud of controversy. However, after the smoke cleared, Bitcoin Cash emerged as one of the top ten cryptocurrencies in the world in terms of market cap.

Bitcoin Cash is the direct result of scalability issues encountered on Bitcoin’s blockchain. During the 2017 crypto craze, these issues took center stage as Bitcoin’s transaction time and fees reached new heights. This increase in fees and delays were the result of too much network congestion resulting from larger transaction sizes.

That year saw Bitcoin’s use and value skyrocket as more investors learned about this digital asset. Additionally, a flood of new investors entered the market eager to get in on the digital “gold rush.” These factors pushed Bitcoin’s network to its maximum capabilities.

Put simply, Bitcoin couldn’t handle the increase in usage. It’s one thing to cater to the programming and darknet communities but it’s an entirely different story to meet the demands of the general public. To accomplish this task Bitcoin would need to scale up considerably. 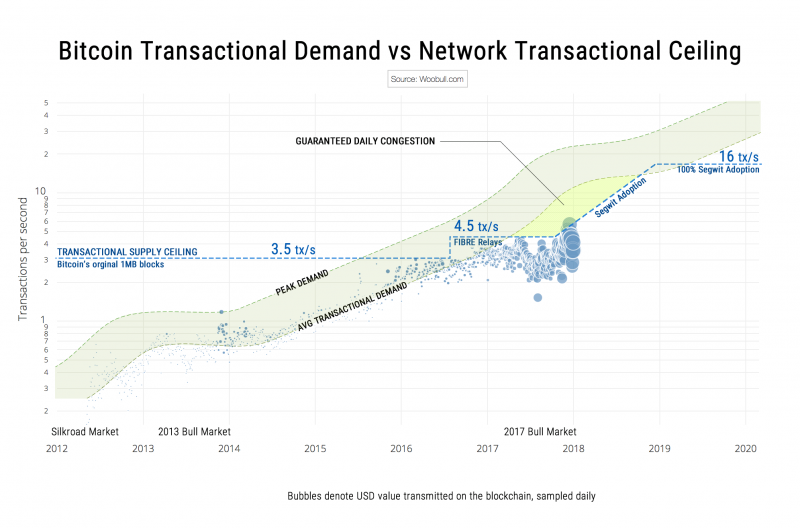 Bitcoin Cash does away with these concerns through an increased block size. These larger blocks are able to fit more transactions per block. This strategy increases the network’s transactions-per-second (tps) rate as a whole. The goal was to allow Bitcoin Cash to function as a medium for daily transactions as was the original intention of Bitcoin per Satoshi Nakamoto’s Whitepaper.

While increasing the block size in most blockchain’s wouldn’t be a major issue, for Bitcoinists, changing the coins core protocol is a no-no. To these individuals, known as Bitcoin Core, The 1MB block size serves a vital function in the network they argued.

Primarily, it allows anyone to participate in the network regardless of their computer. However, with the advent of ASIC mining rigs, this argument is up for debate still today. Additionally, it prevents the network from getting bogged down in spam data.

Bitcoin Cash proponents believed that increasing the size of blocks to between 8 MB and 32 MB was the best way to provide daily Bitcoin users with the services they require. These larger blocks allow more transactions to process per block. In turn, Bitcoin users could avoid fees and delays.

This increase in transactional throughput allowed Bitcoin Cash to negate the need to incorporate the Segregated Witness (SegWit) protocol. SegWit reduces the amount of data sent for each transaction. It’s a part of Bitcoin’s core coding today.

Also, it’s way cheaper to use Bitcoin Cash. BCH users only pay around $0.20 per transaction using the network. These fees are much higher using Bitcoin’s blockchain. Additionally, Bitcoin Cash is easier to mine than its predecessor thanks to the integration of some new protocols.

Bitcoin Cash has a healthy community following that is among the most vocal in the market. Although, as of recently, the coin has had some divisions regarding updates.

The history of Bitcoin Cash starts with a philosophical debate on how to handle Bitcoin’s scalability concerns. These issues were always an issue for Bitcoin developers. By 2017, the concerns were at the point where something had to be done. Bitcoin’s network had outgrown its technical capabilities. 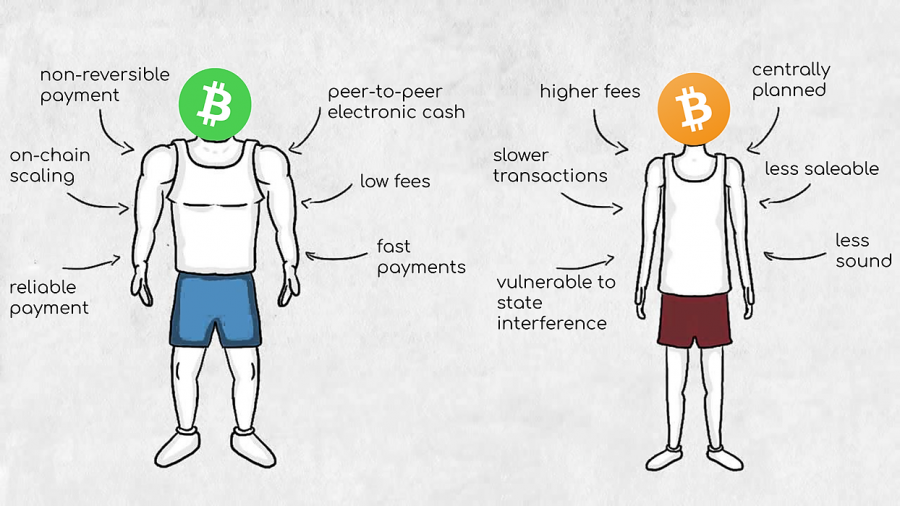 Bitcoin Cash vs Bitcoin via Medium

For example, in 2010, the average size of a block on Bitcoin’s blockchain was less than 100 KB. By January of 2015, the average block size ballooned to around 600k. This buildup of unconfirmed transactions wreaked havoc on the network. Specifically, both market transaction times and fees went skyward.

By 2017, there were multiple cases of fees being higher than the actual Bitcoin sent. Transaction times could take days during this congestion. Effectively Bitcoin was unable to scale up to function as the electronic cash system Satoshi envisioned in this state.

The Bitcoin community was split on how to handle this problem. Some proposed to increase the average block size to accommodate more transactions. While others suggested that the protocol excludes certain parts of the transaction to fit more data into the blockchain (BIP 91). Critically, both options had their proponents and opponents.

Proponents of increased block size, such as Roger Ver,  argued that in its current state, Bitcoin could never function as a medium for daily transactions. This camp stated that unless Bitcoin could process transactions on par with multinational credit card processing organizations, such as Visa, it would never fulfill its original purpose as a peer-to-peer electronic cash system.

The creation of Bitcoin Cash was almost unavoidable after the world’s largest mining pool and hardware creator stepped into the argument. Bitmain was opposed to SegWit at first because it negated some of the advantages of their flagship miners, the AsicBoost miner. As the largest mining pool in the world, Bitmain holds incredible sway in the Bitcoin community.

Eventually, no consensus was reached, and the community split. Consequently, Bitcoin Cash was launched in July 2017. The new coin was the result of a hard fork to the original cryptocurrency’s blockchain. This hard fork officially occurred a month after in August 2017.

What Are Hard Forks?

There are two types of blockchain updates, hard and soft forks. The difference between the two is that hard forks require miners to update their nodes to communicate with the network. Sometimes, not all of the miners want to switch over to the new coin’s protocol. When this situation arises, a hard fork occurs and a new coin is born.

Bitcoin Cash was met with mixed feelings in the market. The coin entered at a respectable price point of $900. Thanks to the support of the mining community and Bitmain, the coin was able to gain major traction within the sector. In December 2017, Bitcoin Cash reached an all-time high of $4,091.

In Nov 2018, Bitcoin Cash experienced a hard fork inside a hard fork. The community divisions originated over a plan to integrate smart contracts onto the blockchain and increased the average block size again. The resulting hard fork created Bitcoin Cash ABC (BCH) and Bitcoin Cash SV (Satoshi Vision). The later of the two, Bitcoin Cash SV is led by the long-time cryptocurrency programmer and claimed Satoshi Nakamoto, Craig Wright.

Mining Bitcoin Cash is as easy as mining Bitcoin. Luckily, the coin shares the services of Bitmain, the world’s biggest cryptocurrency miner. Additionally, the coin revised its EDA algorithm recently. This maneuver made it easier for miners to generate BCH. It’s cheaper to mine BCH as well. 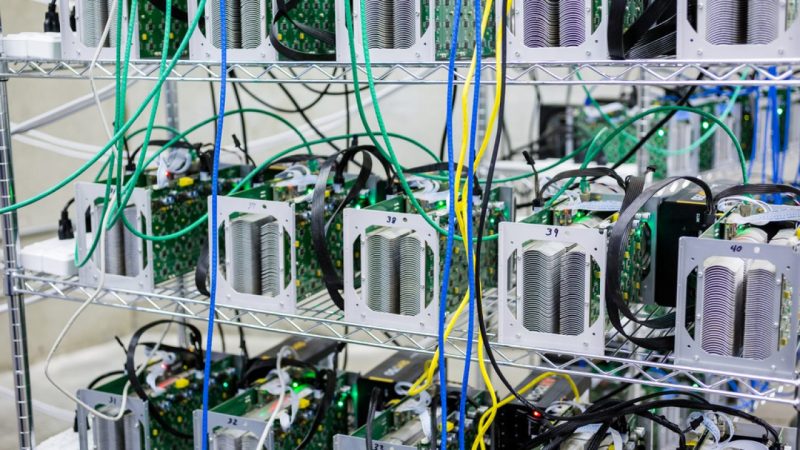 How to Buy Bitcoin Cash (BCH)

At first, major exchanges such as Coinbase denied Bitcoin Cash entry on their platforms. It was an outcry from supporters that got this coin on nearly every major exchange globally.

Uphold – This is one of the top exchanges for United States residents that offers a wide range of cryptocurrencies including BCH. UK & European residents are prohibited.

Paybis – This is the easiest way to buy Bitcoin Cash (BCH) with an easy to use platform. USA residents are welcome excluding residents of Hawaii & New York.

WazirX – This is the best exchange for residents of India.

Where to Store Bitcoin Cash (BCH)

Serious investors will be pleased to learn that there are some hardware wallet options available as well. The Ledger Nano S or the more advanced Ledger Nano X both support Bitcoin Cash (BCH).

Bitcoin Cash – A Story of Perseverance

For Bitcoinist in the market, it’s easy to dismiss Bitcoin Cash as just a rip-off of Bitcoin. However, this argument falls apart as you start to evaluate the changes, updates, and community growth the coin underwent since its creation. Today, Bitcoin Cash stands by itself as a staple in the crypto community.