Connect with us
Ethereum Classic 101:

Understanding the differences between Ethereum vs Ethereum classic is a vital step in furthering your crypto investment strategy. Anyone delving deep into the crypto market will soon notice that there are two versions of Ethereum available. What is lesser-known to new traders nowadays is exactly why, and how, the market ended up in this scenario, and what are the main differences between these projects.

The Birth of Ethereum Classic

The splitting of Ethereum (ETH) into two different coins was a major controversy that rocked the market in 2016. Unlike some other well-known hard fork debates, The Ethereum vs Ethereum Classic (ETC) saga didn’t revolve around correcting scalability issues or adding new features to the platform. Instead, it was done to prevent the loss of millions of ETH to hackers. 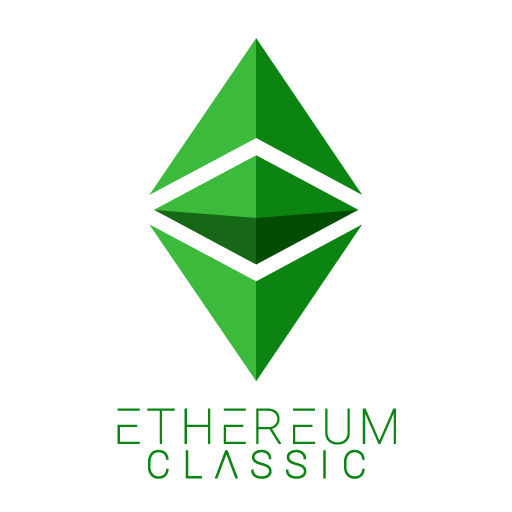 How the Ethereum vs Ethereum Classic Saga Begins

Ethereum Classic entered the market in 2013. At that time it was simply known as Ether. The protocols founder and creator Vitalik Buterin introduced the world to his smart contract programmable blockchain via a whitepaper. This document explained how just such a network could benefit the market considerably and simplify Dapp development in multiple ways.

On paper, the technical design and capabilities of the Ethereum concept were immediately evident. The project caught the attention of other well-known investors and developers. By 2014, the project’s development was well underway. The creation of the project was sped up thanks to a successful ICO and support from the Swiss development firm, GmbH.

The ETH ICO was a success and the group secured $18 million to further the development of Ethereum’s ecosystem. These funds helped to create and expand the first network of ETH miners and shareholders. The funds also helped the firm launch its mainnet in under a year. The first version of Ethereum was known as Frontier.

In 2016, Ethereum again broke the mold when it proposed the integration of a decentralized autonomous organization (DAO). DAOs are powerful community governance mechanisms. Their goal is to convert all aspects of a corporation’s management into smart contracts. 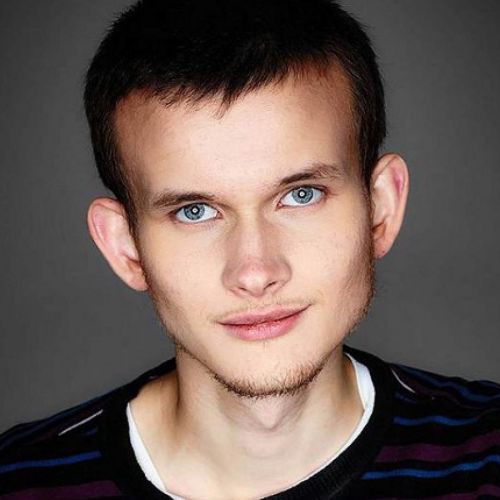 By codifying the rules and decision-making processes of an organization, developers can remove the need for any human intervention. Consequently, DAOs operate as community-led efforts that automate decisions and facilitate cryptocurrency transactions across the network.

Ethereum’s DAO launched on April 30, 2016. The launch was a huge success with the ICO breaking all previous records to become the largest ICO in history at that time. Specifically, the DAO raised +$150M in funds from +11,000 international investors. Everything looked as if the DAO was a significant success for the ETH community. However, the celebration was short-lived.

While Ethereum’s developers were celebrating their record-breaking achievement, others in the community were plotting on their funds. Sadly, the team hadn’t expected such a robust response to their event. The flood of funding caught the team slightly off guard.

As a result, they mismanaged the level of security required. Specifically, they had chosen to keep all the ICO funding in a single hot wallet. At the time, the DAO wallet held 15% of the total circulating supply of ETH. This bounty was just too much for hackers to let go untouched.

Soon, hackers were probing the network for attack vectors to exploit. Within days, both hackers and developers identified a potential programming error. Sadly, while the developers were already working on the patch, a hacker struck with great efficiency.

The shady individual utilized a duplicated DOA system to trick the protocol and slowly drain the funds. The near replica of the DAO included the main protocols initially programmed into the original DAO, making it impossible for the system to detect. However, it also included a withdrawal stipulation that placed a 28-day lock on funds. This revelation provided Ethereum’s development team with some time to counterattack. 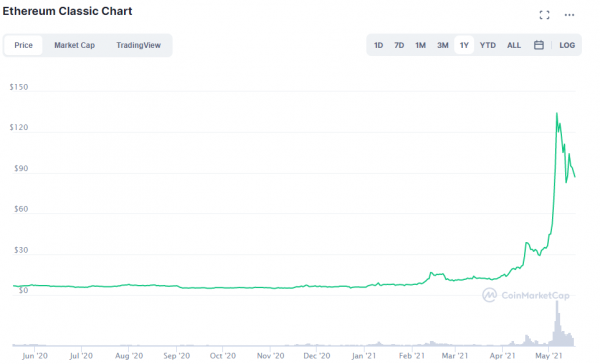 The situation was dire as the hacker had successfully tricked the DAO into depositing 3.6 million ETH from the ICO into their wallet address in just days. News of the attack dropped the value of ETH from $20 to just under $13 and sent ripples throughout the market. It also put the spotlight on Ethereum and how they intended to stop the siphoning of these funds.

Ethereum’s development team worked tirelessly to think of some way to save the approximately $40M in ETH that the hacker had stolen. They knew where the funds were and that the hacker couldn’t access these funds for 28 days. From there, they began to think of ways to prevent the thief from accomplishing his mission.

The first concept involved doing a soft fork upgrade to ETH. This upgrade would provide developers with the ability to blacklist certain wallets on demand. In essence, this would prevent the hacker from withdrawing these funds forever.  The coins founder, Vitalik Buterin, took to social media to get a community response on the concept.

The same day, the hacker took to social media and responded to Buterin’s suggestion. He told the crypto community that he had done nothing wrong. He said that if one was to have faith in the DAO, they needed to allow the smart contracts to validate transactions.

He went on to explain that the DAO was programmed loosely and that’s why the losses occurred. He further lamented the idea of altering any coding on Ethereum’s blockchain because it was an error in the DAO and not ETH that caused the issue.

Despite his shady origins, the hacker did land a couple of solid points during his posts. The entire concept of a DAO was to eliminate the need for human intervention. If developers can just alter the core features of Ethereum as they see fit, is it really an immutable decentralized blockchain? 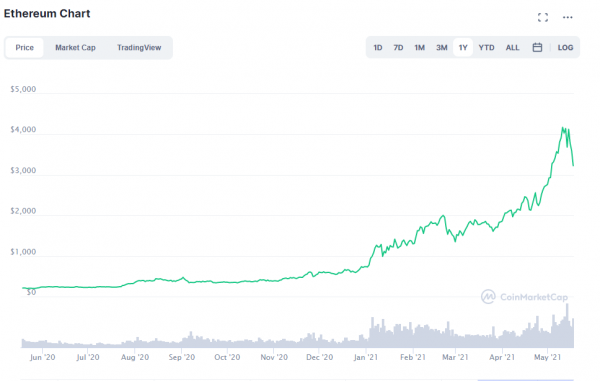 As time passed, Buterin and his team began to get desperate to prevent the loss of $40M in ETH. Even worse was the fact that the community lacked the time to vote on the matter. This stress led to a growing call to conduct a Hard Fork. A hard fork differs from a soft fork in that it’s a major protocol upgrade that requires miners to change their blockchain.

Ethereum’s developers now had a new plan. they intended to roll back the blockchain right before the hack. This would prevent losses. However, the strategy was met with fierce opposition for many reasons. Primarily, users and developers felt that it would completely go against the core beliefs of the decentralized economy as blockchains are to be unalterable in nature.

Hacker Offers Miners to Not Upgrade

Once the news of the potential hard fork broke, the ETH community was split. This decision was further exasperated by the fact that the hacker began to offer huge rewards to miners who would switch to the new blockchain. In one instance, he offered 1 million ETH and 100 BTC to each node that refused the update.

As part of the hard fork, a new cryptocurrency would be formed. The new crypto would adopt the ETH name and the original coin would go by Ethereum Classic moving forward. Notably, the new version of the Ethereum mainnet entered the market on July 20, 2016. The upgrade rolled back the DAO theft via an irregular state change.

Ethereum Classic maintains the original, unchanged Ethereum blockchain in its original state. Technically speaking, the coin has remained relatively the same since that date. In comparison, the new version of ETH has had the full support of the core development team. As such, it has had some major upgrades occur. 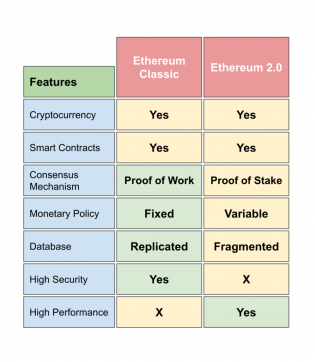 Notably, one of the main differences between ETC and ETH is total coin supply. ETC is hard-capped at 210M coins, whereas, ETH has no limit on its total supply. Specifically, On 11 December 2017, Ethereum Classic was hard capped via the Gotham hard fork upgrade. This upgrade added a Bitcoin-inspired deflationary emission schedule to the network. It’s this difference in scarcity that has helped ETC remain a popular project over the years.

In the coming months, ETH plans to complete a major technical upgrade. ETH is in the middle of changing its consensus mechanism from a Proof-of-Work (PoW) system over to a Proof-of-Stake (PoS). This upgrade will further drive a wedge between the capabilities and communities of these coins as ETC classic will remain a PoW blockchain.

The decision to hard fork Ethereum was controversial for multiple reasons. For one, it demonstrated that decentralized networks are only as censorship-resistant as their developers allow. It also led to ETH-based platforms being shunned within the security token space as major financial institutions can’t risk having settled securities transactions reversed.

How to Buy Ethereum (ETH) and Ethereum Classic (ETC)

The fact that Ethereum Classic is still a popular project in the market says a lot about investors’ feelings on the hard fork. When the hard fork first occurred, Ethereum’s prices plummeted. However, the platform has since rebounded and even achieved new all-time highs brought on by the expansion of the DeFi, NFT, and ICO sectors. Today, you can get your ETH exactly how you like it, classic or with extra DeFi.

To learn more, make sure to visit our Investing in Ethereum guide.