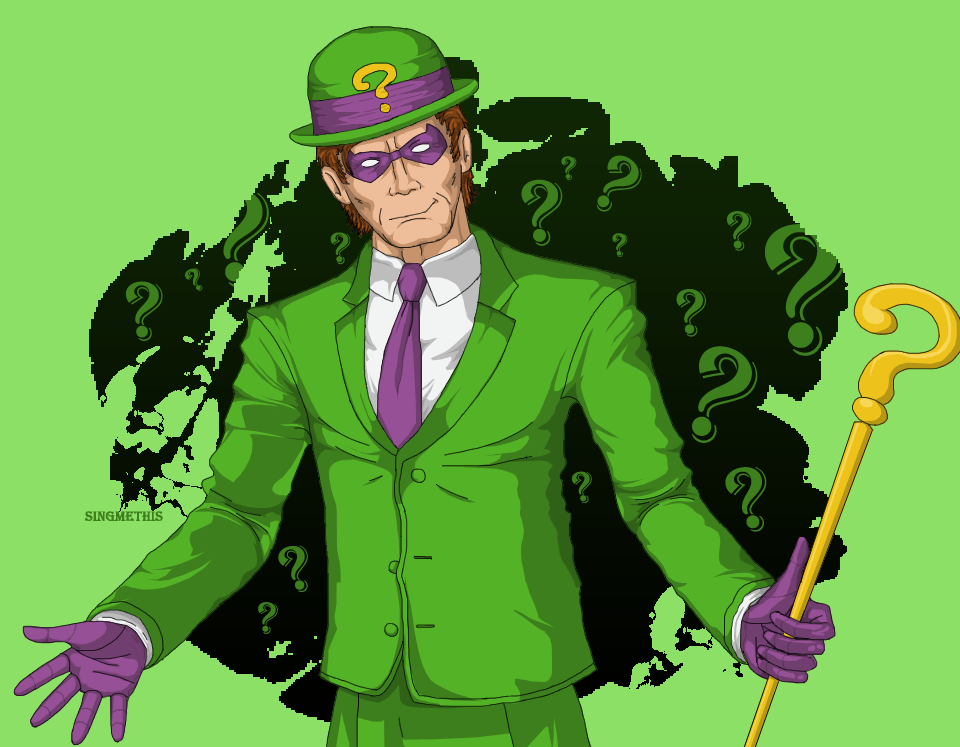 This week, the Securities and Exchange Commission (SEC) reached a settlement in its ongoing trial against Enigma MPC (Enigma). Importantly, Enigma executives accepted the settlement but did not admit to any wrongdoing. As such, the firm can now continue operations but is now registered with the SEC.

Enigma’s SEC troubles originated from the firm’s 2017 ICO. The ICO lasted from June to September 2017. During that time, Enigma issued 75 million ENG Tokens and raised approximately $45 million in ETH and BTC from investors. Specifically, the company sold discounted ENG Tokens during its Pre-sale. Additionally, the firm offered Simple Agreements for Future Tokens (SAFTs).

The SEC alleged that Enigma offered and sold securities in violation of Sections 5(a) and 5(c) of the Securities Act of 1933 when it engaged in an unregistered initial coin offering (ICO). Regulators pointed out that the firm offered investment contracts during the campaign. Importantly, these securities were subject to regulations.

On the latter point, Enigma did file a Form D for exemption. However, the SEC didn’t approve the request prior to the company starting its ICO. Consequently, regulators pointed out the firm received no exemption to operate in the way it did.

SEC regulators pointed to a number of specific instances in which the firm violated regulations. For one, the company promoted purchasers’ reasonable expectation of profits. The idea of future profits came from various representations Enigma made to investors. Additionally, developers described how they intended to use the raised capital to develop its products and its business systems to earn profits. 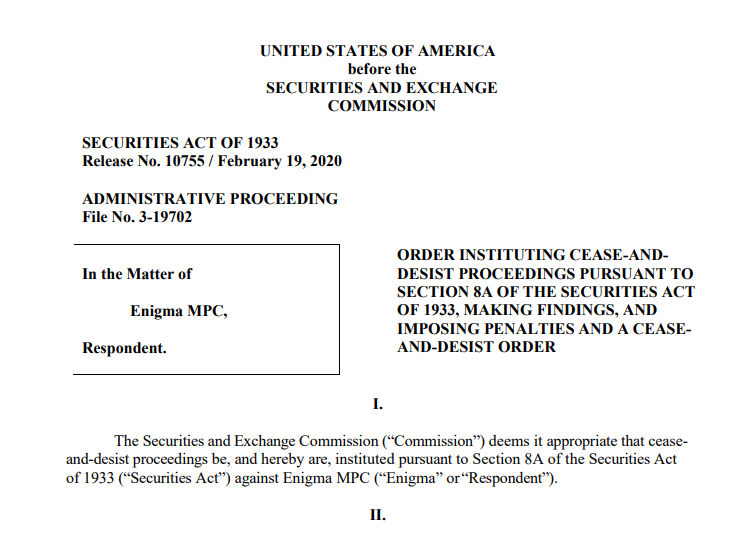 Discussing the settlement, John T. Dugan, Associate Director for Enforcement in the SEC’s Boston Regional Office stated the facts. He pointed out that Enigma was “required, and failed, to register its ICO” prior to operations. Consequently, investors never received the information required under the current securities laws.

As part of the settlement, Enigma agreed to provide ICO investors with an opportunity to obtain compensation if they require it. To get a refund, investors must follow the SEC claim process. Additionally, the firm must pay a $500,000 civil penalty and register ENG Tokens as a class of securities with the SEC. As part of this registration, Enigma must file periodic reports with the SEC moving forward.

In a recent blog post, executives defended their decision. Importantly, the company didn’t admit any wrongdoing. However, the firm did state that the settlement did clear the way for developers to focus fully on our original and continued vision of the platform.

Enigma entered the market in 2017 with the goal to provide users with groundbreaking privacy solutions that improve the adoption and usability of decentralized technologies. The platform allows digital asset traders to test trading strategies in a safe environment. Also, the firm will construct a marketplace for cryptocurrency-related data.

This settlement is just the latest in a long line of SEC trials wrapping up this year. Since early 2018, the SEC has continued with its ICO crackdown strategy. To date, multiple firms have reached settlements with these regulators. Unfortunately, some went out of business prior to repaying investors. For now, Enigma seems prepared to move on from this speed bump.