When it comes to the meme coin sector, there are some contenders that have proven to be the title holders in terms of popularity. Meme coins are more popular than ever and understanding the differences between Dogecoin (DOGE) vs Shiba Inu (SHIB) can be a great way to help you make the right decision when the time comes. Here’s everything you need to know about two of the most interesting projects in the market.

Dogecoin is a first-gen cryptocurrency that provides similar services to Bitcoin. Users can send value globally in a permissionless manner using DOGE. The project has an interesting history as it originated as a n inside joke between a group of Redditors. The tokens founders wanted to poke fun at the seriousness of the Bitcoin community at the time.

They created Dogecoin to be a lighthearted joke. One of Dogecoin’s founders, Billy Markus has gone on record explaining how easy it was to make Dogecoin. He stated that they originally went through Bitcoin’s coding and just converted instances of Bitcoin to Dogecoin. He also made some other comical changes such as labeling miners as diggers. 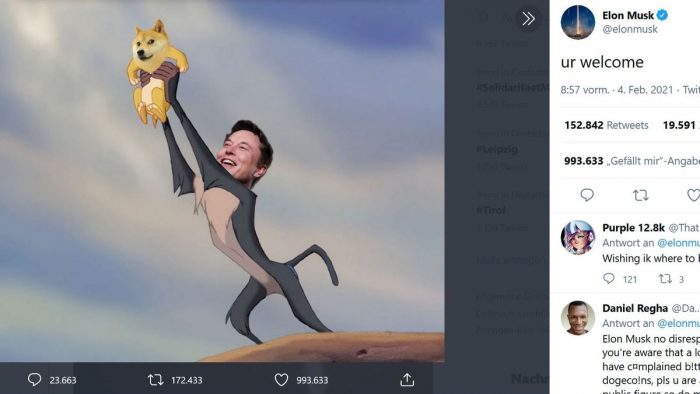 The biggest change he made was the introduction of a scrypt-based Proof-of-Work consensus algorithm. The purpose of his alteration was to reduce mining centralization. At that time, time ASIC (Application Specific Integrated Circuit) miners were altering the market. Dogecoin developers wanted to ensure that Bitcoiners couldn’t use the same mining rigs on their network. The strategy worked for years before the introduction of Dogecoin ASIC rigs.

Dogecoin helped to drive meme coin adoption which is still a big deal to this day. The project’s success has inspired tech moguls, celebrities, and even competitors. Today, Dogecoin is one of the best-known projects available to traders. It has grown from a funny meme token into a large global community that has done serious good in the world.

Dogecoin’s founders saw the good nature the coin had and wanted to build on that. They didn’t have to wait too long to see if the community felt the same way as the project’s wallet was hacked with users losing millions in DOGE days following the IEO. This was a pivotal moment for the project, as most new tokens would falter.

Instead, Dogecoin users banded together to create the “Save the DOGE” fund. This vulnerary donation fund was a major success. All user losses were recovered via donations. This incident showed that Dogecoin was different than most projects. It also led to the start of a humanitarian push that would benefit the lives of people around the world.

Dogecoin began to focus on humanitarian efforts. For example, the community helped to sponsor a clean water initiative in Kenya. They also did some work with autistic children and dogs. One of the coolest efforts Dogecoin users participated in was sponsoring the Jamaican bobsled team. All of these good works haven’t gone unnoticed.

Dogecoin enjoys a long list of celebrity supports. The token has seen famous musicians like Snoop Dog and Gene Symons post in support of the project. It has seen a lot of support from one of the richest and most popular tech moguls in the world, Elon Musk. The now, owner of Twitter, has posted on numerous occasions pictures of the Shiba Inu meme going to the moon. He even went as far as to state that he would now be referred to as the “Doge Father.”

What is Shiba Inu?

Shiba Inu is a project that entered service during the start of the DeFi rush in 2020. A group of anonymous developers created the project under the lead of Ryoshi. The group chose to not hold any tokens during the launch of the project to ensure more decentralization. Shiba Inu launched on Uniswap via an Initial Exchange Offering.

Shiba Inu borrows the adorable dog meme concept. The developers created the project as a direct competitor to Dogecoin. One of the most interesting aspects of SHIB is its super low price. A single SHIB costs a fraction of a cent currently. The goal of the project was to enable regular traders to purchase huge amounts of the token.

The main draw of Shiba Inu is speculative trading. The goal is to try and get the project to reach $1 per coin in the future. This would enable people that own millions of SHIB to prosper greatly. To that extent, the project has been labeled an “experiment in decentralized spontaneous community building” by its creators. 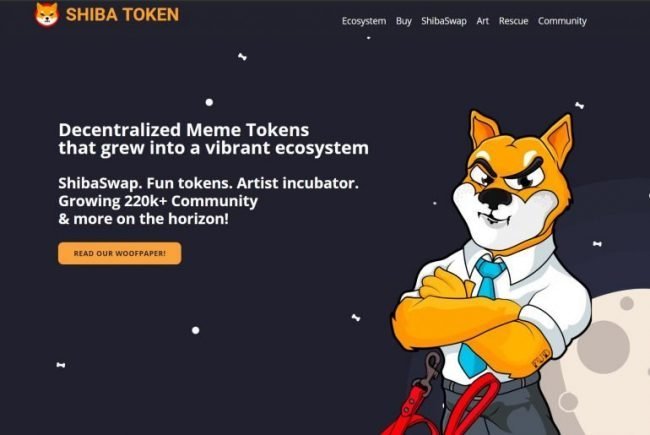 Interestingly, when SHIB launched, the group sent 505 trillion to Ethereum’s founder Vitalik Buterin. It’s not known why exactly they did this maneuver. Many people believe that they hoped he would hold on to the tokens lending it some credibility in its early days.

Buterin quickly donated the tokens to a COVID relief fund. This sudden influx of $2 billion in tokens caused the value of SHIB to drop 50%. Despite the drop, this still left a $1 donation. It also helped to raise awareness about the project which helped it to gain listings on multiple CEXs (centralized exchanges).

What Problems Were Each Built to Alleviate?

Dogecoin brought an aspect to the crypto market that was missing previously, fun. The token wasn’t built to change the world or provide you with a better way to generate or store value. It was built to make people smile. This light-hearted approach made it a perfect solution to the dry nature of the market.

Notably, Dogecoin was designed to provide more scalability compared to Bitcoin. The smaller block times and larger blocks enabled the network to accomplish this task with no problems. In this way, Dogecoin helped to reduce pain points for Bitcoin users while bringing a laugh.

Shiba Inu was created to provide the average person with a chance to own millions of the digital asset. The token was launched during a tremulous trading period. The stock market was in the middle of a major trading scandal revolving around stocks like GameStop and AMC. The scenario saw large trading applications block traders from buying these assets to give hedge funds time to exit their positions. 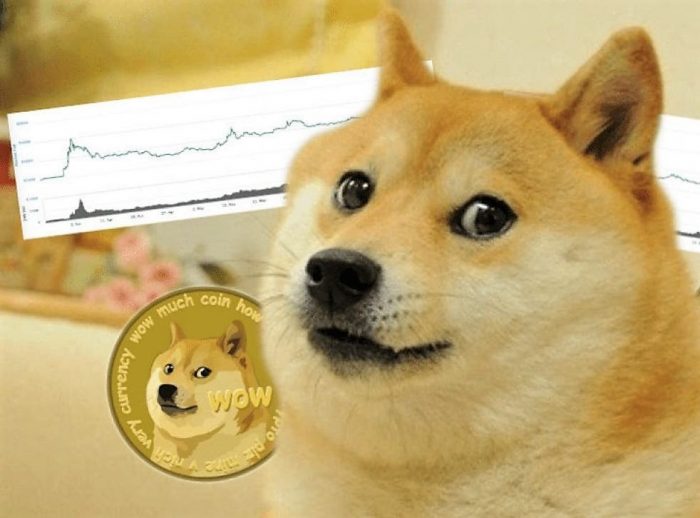 Shiba Inu wanted to tackle multiple issues with its unique approach. It wanted to give people an alternative that was permissionless and scalable. The project leverages the latest DeFi capabilities and the developers have listed a variety of future upgrades including a stablecoin and a DeFi token called Bone. These features help traders to secure ROIs using low-risk DeFi methods.

How Do Each Work?

Dogecoin leverages network nodes called diggers to function in a decentralized manner. The ecosystem encompasses a custom blockchain that operates similarly to Bitcoin, a cryptocurrency, and network nodes. Diggers earn rewards for securing the blockchain and validating transactions. Notably, Dogecoin entered the market before smart contracts were a popular option. As such, it’s limited in its technical capabilities.

Shiba Inu doesn’t have miners. Instead, it operates using Ethereum’s network to remain valid. This designation means that the token suffers from the same congestion and high fees as Ethereum. It also enjoys full interoperability within the world’s largest DeFi ecosystem.

The developers mined the total supply of SHIB during launch as part of their unique approach. Today, the network hosts a variety of DeFi features including low-risk staking options. Developers can also create advanced Dapps using the services of the protocol.

Dogecoin has lower fees than Bitcoin, but they are still higher than most DeFi networks today. Notably, Dogecoin experienced a huge influx in fees from its early days, According to reports, Dogecoin fees have risen due to network congestion. The average transaction fee on the network went from $0.11 to $50 during peak congestion. This represented a 4,230% increase.

Shiba Inu traders aren’t any better off as the token is subject to Ethereum’s gas fees. Currently, Ethereum has record-high gas fees, which has led to many projects branching to other networks. The protocol has the highest gas fees in the entire crypto market currently. The average fee on this network went from $14 up to $70 in 2021. Today, transaction fees remain a problem for both projects.

Determining what project is best depends on your overall goals. Dogecoin remains a proven project that has serious support from people in high places. The fact that Elon Musk purchased Twitter adds another layer of potential integration for this meme coin. It’s safe to assume that Dogecoin will remain a valid project because it has already seen success for years.

Shiba Inu on the other hand is an experimental project that has some unique aspects that could give it longevity in the market. The token launched with a bang and many new traders hold this coin in their portfolio with the hope of it one day reaching $1. In terms of technical features, SHIB is far more capable than Dogecoin.

However, in terms of long-term value or stability, Dogecoin has Shiba Inu beat. Additionally, Dogecoin was a more original concept as Shiba Inu basically rode off the success of Dogecoin to achieve its notoriety. Despite this fact, SHIB may have Dogecoin beat in terms of accessibility. You can find SHIB on major CEXs. It’s supported within the massive Ethereum ecosystem.

How to Buy Dogecoin (DOGE) and Shiba Inu (SHIB)

Currently, Dogecoin (DOGE) and Shiba Inu (SHIB) are each available for purchase on the following exchanges.

Both Dogecoin and Shiiba Inu are fun projects that offer traders opportunities to prosper. Notably, the long-term survival of these projects will depend heavily on their utility in the future. If the tokens can grow their Dapp ecosystem, they could see even further validation in the market. For now, Dogecoin is a project that remains in the spotlight and Shiba Inu is an experimental concept that has some ROI potential if it accomplishes its goal.

Dogecoin Vs. Ethereum – What’s the Difference?

How to Buy Dogecoin (DOGE) in Singapore