When you learn the key differences between Dogecoin (DOGE) and Litecoin (LTC), it will help you to better understand the history of the blockchain market. Both of these projects were early contenders in the sector. As such, each has a pioneering spirit that drives their community and developers. Here’s some valuable insight into the differences between Dogecoin and Litecoin.

Dogecoin is a first-generation cryptocurrency that was designed to bring a little fun into the market. Unlike Bitcoin, which was all about fighting the powers that be, Dogecoin was about bringing a smile to user’s faces. In essence, it started as a parody of Bitcoin between a group of Redditors.

Dogecoin was founded by Billy Markus and Jackson Palmer, and entered the market in December 2013 as a joke. Markus worked as a software engineer at IBM and Palmer worked for Adobe as a programmer, which made the two an ideal development team for the cryptocurrency. Each leveraged their knowledge to create Dogecoin in under 4 hours according to reports.

In an interview, the developers stated that originally they just went through Bitcoin coding and changed out certain terms. For example, Bitcoin was changed to Dogecoin, and miners were renamed Diggers. These small changes eventually led to more drastic changes, such as the decision to not use the same SHA-256 Proof-of-Work algorithm as Bitcoin to eliminate the use of ASIC miners.

Dogecoin is unique in that it has done some significant good in the world. The community has helped refund major hacks, sponsored clean water initiatives, autistic dog training, and even sponsored the Jamaican bobsled team. All of this goodwill comes from the fact that the project began with the desire to bring joy to people’s hearts.

Litecoin launched as an open-source client on Github on October 7, 2011. Notably, it was among the first Bitcoin forks in the world. A hard fork is a term used to describe when a blockchain is created by altering the code of another protocol and branching the ledger in a new direction.

Litecoin was founded by Charlie Lee, a former Google employee with a desire to make Litecoin the ‘silver to Bitcoin’s gold’. The protocol’s early timing and features made it one of the most popular cryptocurrencies in the market for many years. The crypto was among the most widely accepted alongside Bitcoin and Ethereum for nearly a decade.

Litecoin is an open-source protocol that enables anyone to verify its processes. The coin borrows many technical aspects from Bitcoin but has some key differences in terms of consensus and performance. Notably, Litecoin was the first blockchain to be issued under MIT/X11 lісеnѕеѕ.

There are some technical and social issues that Dogecoin was built to tackle. For one, the network was designed to show that serious topics like finance can also have a fun side. This approach helps with adoption because it opens the door for these assets to be understood by people who may not have much interest in financial topics otherwise.

Additionally, the developers wanted to prevent centralization in the ecosystem. That’s why they did away with the SHA-256 PoW algorithm. They felt that the level of centralization in the mining sector was unsustainable. By changing the consensus algorithm, it meant that the same ASIC miners couldn’t be used to mine Dogecoin, which leveled the playing field for many years. 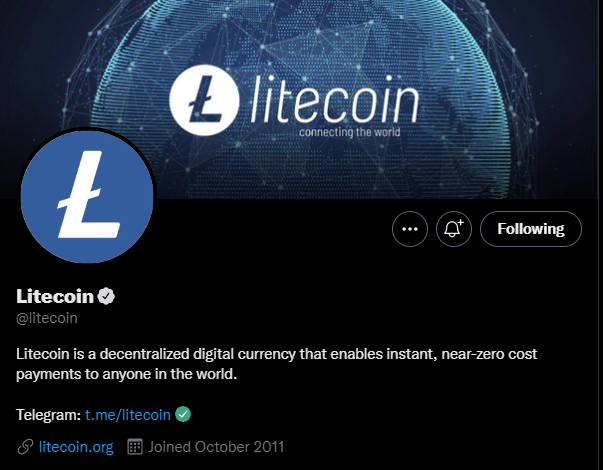 One of the best aspects of Dogecoin is its philanthropy. The community started with a smile and continues to spread its joy internationally. For example, one of the network’s earliest tests occurred days after its launch. The network wallets were hacked and millions in DOGE were stolen from users.

Rather than shut down shop or say sorry and let the users take the losses, Dogecoin’s community hosted a ‘Save the DOGE’ event that allowed the community to donate to a pool to cover the losses. In under a week, all Dogecoin holders had been refunded through community help.

What Problems was Litecoin Built to Alleviate?

Litecoin was built to tackle a few issues that were paramount during the time of its release. For one, it was meant to be less volatile than Bitcoin. Think of Litecoin as Bitcoin’s less active little brother. The token experiences fewer market movements than Bitcoin. However, it has been shown that its movements often precede Bitcoin’s actions.

Another major plus of Litecoin’s similarity to Bitcoin is the ability to trial new protocols and systems on it first. For example, Litecoin has repeatedly beat Bitcoin to major upgrades, such as SegWit. It was also the first blockchain to support the Lightning Network.

When Litecoin launched, Bitcoin’s scalability was already coming into question. Lee saw that network congestion was a problem for Bitcoin and decided to provide an alternative to the market. Litecoin is 4x faster than Bitcoin in terms of transactions per second (tps). To accomplish this task, Lee increased the block times and 4x the token issuance. As such, there are 84 million LTC slated for issuance over the life of the project.

Litecoin also provided lower fees than its competitors at that time. In comparison, Litecoin users pay 1/50 of the fees of a Bitcoin transaction. This small fee structure and the network’s unique marketing strategy helped to catapult Litecoin into the halls of crypto stardom.

Functionally speaking, Dogecoin and Litecoin both borrow a lot of things from Bitcoin. They both leverage a scrypt-based PoW consensus algorithm to improve scalability. Dogecoin has 1-minute block times and DOGE, the network’s utility token, has no hard cap. DOGE was originally launched with a capped supply, but due to its rapid block times, it had issued all tokens by 2015. The developers decide then that it would be better to have a yearly issuance schedule. Today, 5 billion DOGE are issued yearly.

How Does Litecoin Work?

Litecoin also leverages a script-based PoW consensus protocol to provide validation to the blockchain state. Litecoin miners approve transactions and the state of the blockchain in exchange for LTC rewards. The network supports lower fees than many of today’s top networks.

LTC users can send value across the globe in an open and permissionless manner. The token is still popular in the market but has recently been pushed further down the line by emerging DeFi protocols. Despite its perceived lack of functionality, Litecoin will always remain a pioneering force in the market.

How to Buy Dogecoin (DOGE) and Litecoin (LTC)

Currently, Dogecoin (DOGE) and Litecoin (LTC) are each available for purchase on the following exchanges.

Dogecoin Vs. Litecoin – The OGs Face Off

Now that you can see the differences between Dogecoin (DOGE) vs Litecoin (LTC) it’s easy to see how both projects helped to usher in a new age for the market. Both of these projects have long-term holders that have enjoyed some serious returns since their launch and despite their technical limitations, you can find these cryptos in use today. As such, both are projects to add to your portfolio, even if just for nostalgic purposes.

Dogecoin Vs. Cardano – What’s the Difference?

Dogecoin Vs. Ethereum – What’s the Difference?